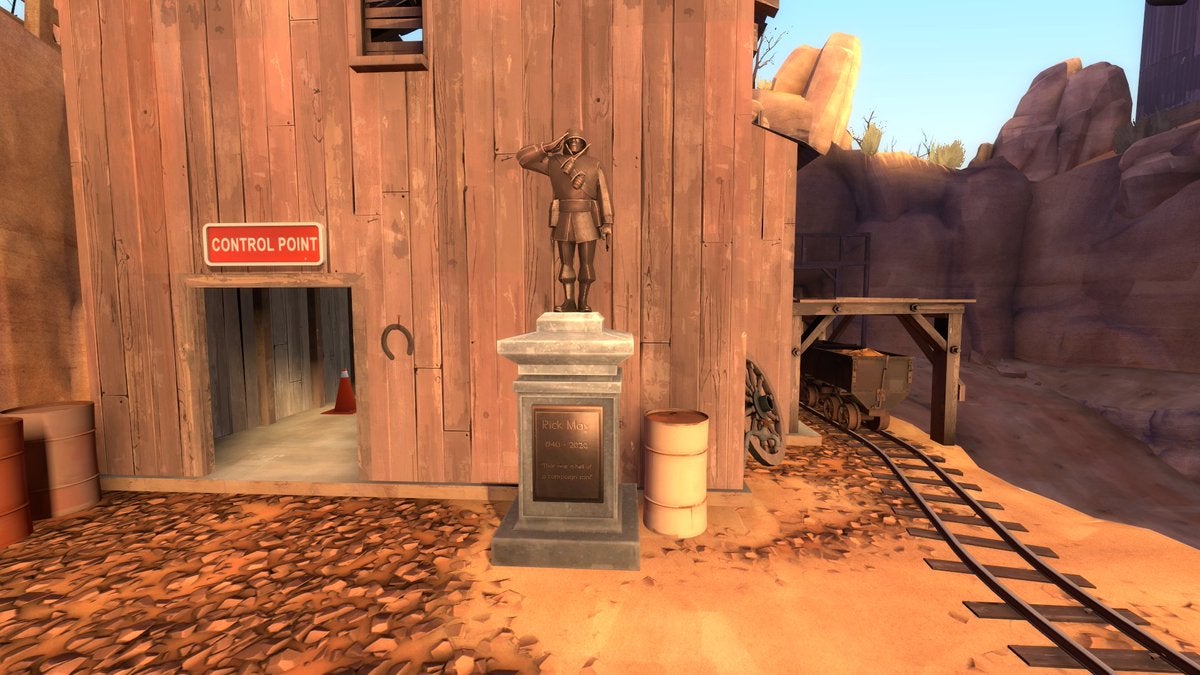 Valve has updated Team Fortress 2 and added memorial statues featuring the Soldier as a tribute to Rick May, who died last month.

May, who voiced the Soldier in Team Fortress 2, passed on Apri 13 away due to complications involving COVID-19 after recovering from a stroke. He was 79 years old. He had voiced the soldier not only in the game but in multiple TF shorts.

The statues in Team Fortress 2 will remain up throughout the month of May in honour of the voice actor. If players approach these statues and stand near them for a bit, they will hear some Solider voice lines.

Rick May voiced other video game characters, including Andross in Star Fox and Dr. M in Sly 3.