New Phantasy Star English Patch Was 14 Years In The Making 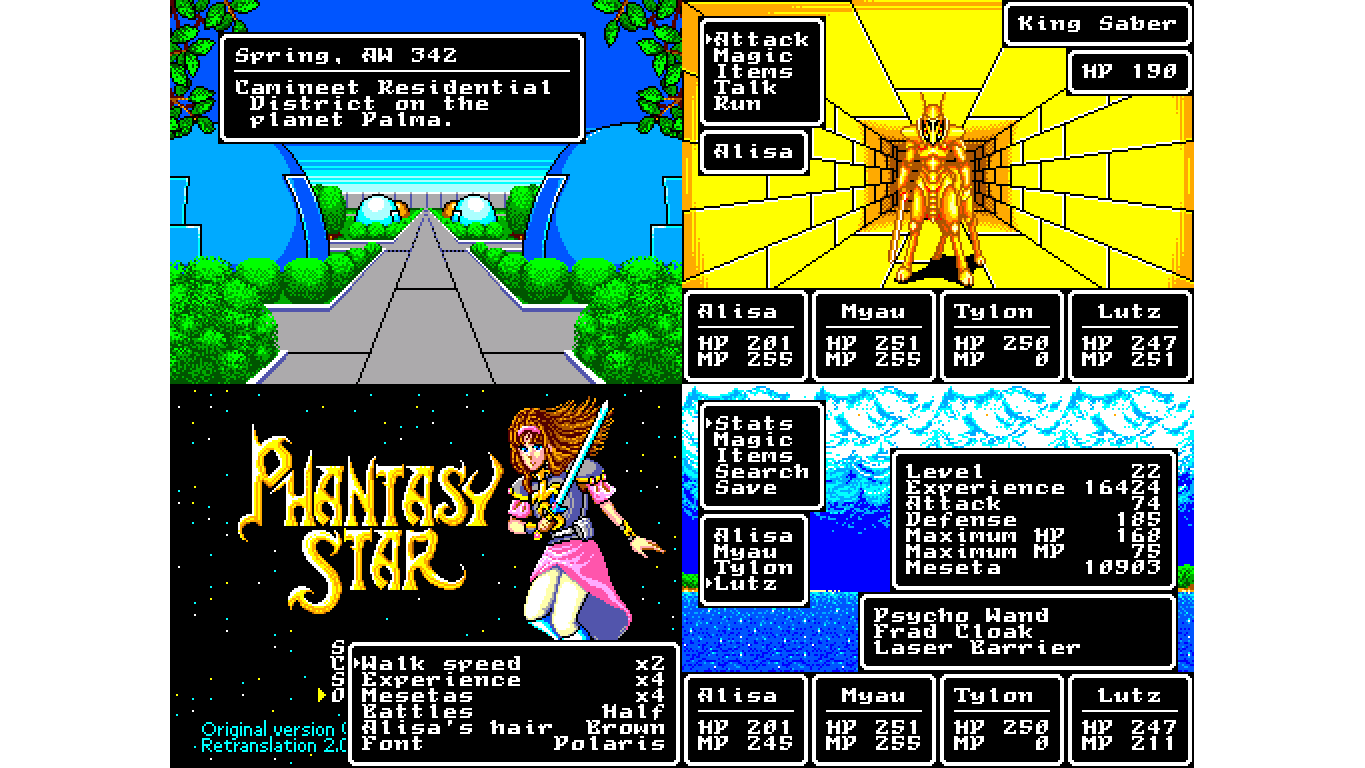 New QoL features and a greatly revised script in <em>Phantasy Star</em> Retranslation 2.0. (Screenshot: Sega)
To sign up for our daily newsletter covering the latest news, features and reviews, head HERE. For a running feed of all our stories, follow us on Twitter HERE. Or you can bookmark the Kotaku Australia homepage to visit whenever you need a news fix.

Yeah, Phantasy Star. One of the very first console RPGs ever, and a game that stood head and shoulders above the rudimentary competition back when the Japanese version debuted in 1987. This is the game that made that one SMS kid you knew strangely proud of their unfortunate console choice.

You may be thinking, “Phantasy Star came out in English 32 years ago! Who needs a translation patch?”

After a moment of feeling very old, I reply: Phantasy Star did hit the States in 1988, but the translation was rudimentary to the point of sometimes being absurd. What a strange choice, for example, to change the healing items of this sci-fi RPG into “Burger” and “Cola.” It’s wonderful that Sega translated Phantasy Star at all, but the English version suffered from a localisation typical of that virtually prehistoric era.

Also, have you played it lately? It can be a grind, no denying.

Now, Phantasy Star Retranslation version 2.0 (from the same folks, along with newcomer Damien Guard) brings a yet more polished English script along with a bevy of much-appreciated quality-of-life improvements. Below the new sound test menu you’ll find options to increase Alis’ Alisa’s walking speed, XP and money multipliers, an option to reduce battle frequency, and cosmetic choices for hair colour and font (not sure I love the new one…).

Phantasy Star re-translation 2.0 just dropped today, 14 years after the original! We got the band back together and improved everything:

Just like that—well ok, it did take ~14 years—the SMS version of Phantasy Star got far, far better. It’s in the running for the absolute best way to revisit Sega’s seminal role-player, though the fancied-up Switch version is pretty darn good too.

You can grab the new patch from its homepage over on SMS Power. Just watch out for those Wing Eyes, Androcops, and Dr. Mad, who is probably still a mad jerk.