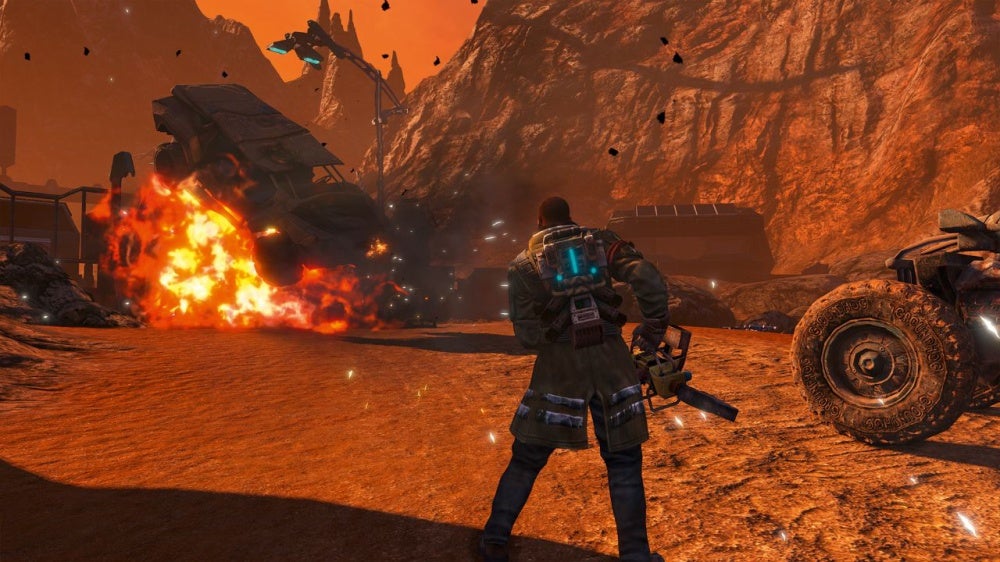 THQ Nordic and Koch Media did something today that I don’t think I’ve ever seen before: they picked up a bunch of intellectual properties they own—including Second Sight and Risen—and just traded them. Like they were athletes, or collectable cards, or Pokemon.

It’s important to note before we start thinking this is too weird that these two companies are related. They’re both part of the same parent company, Embracer Group (itself formerly known as THQ Nordic), and so this isn’t as extreme as, say, Nintendo trading Kirby for Medal of Honour.

But it’s still interesting! The specifics of the trade involve THQ Nordic giving away Painkiller and Red Faction in return for Koch Media’s Sacred, Risen, Rush for Berlin, Second Sight and Singles: Flirt Up Your Life.

That to me reads like Red Faction is worth quite a bit. And that the shuffling of these properties, some of which have laid dormant for quite some time, implies that by moving them around they may be finding a more appropriate home for fresh development (or at least re-releases).