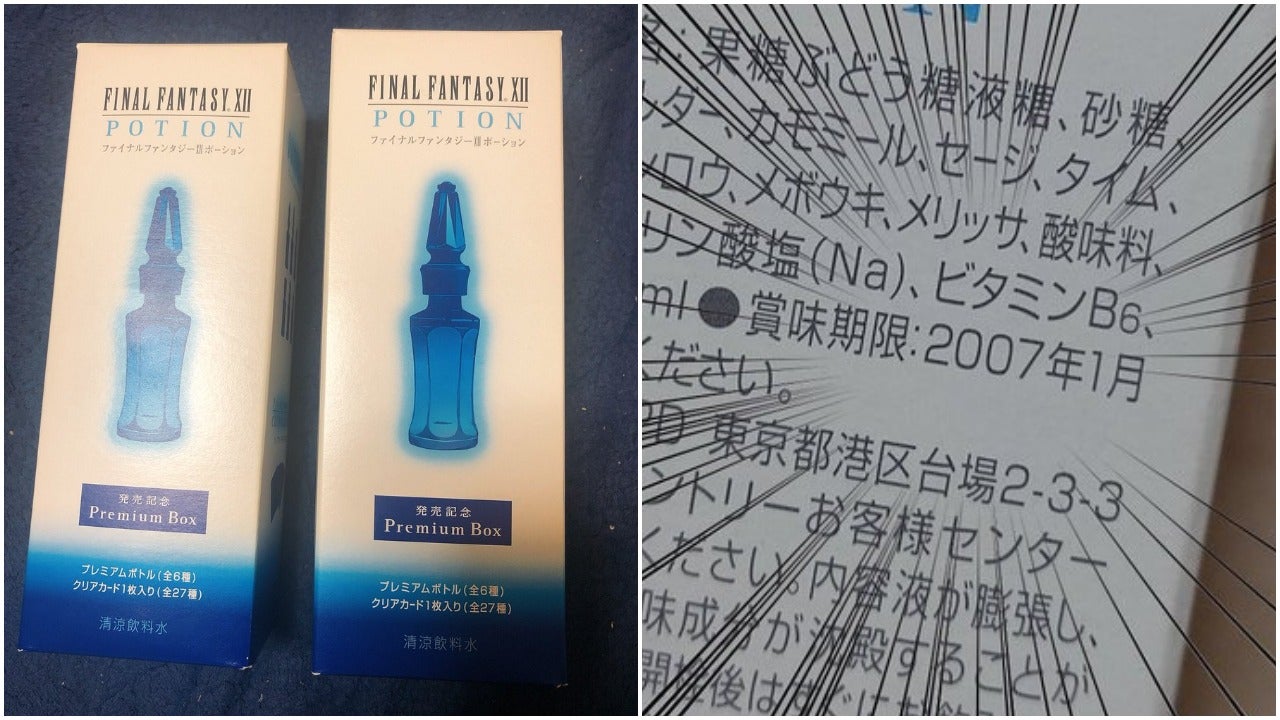 Back in 2005, Square Enix launched a Final Fantasy Potion energy drink in Japan to promote Final Fantasy XII. The beverage was made by Suntory, and I remember having it and thinking it tasted like a Japanese energy drink. But that was then and not 2020.

What exactly did it taste like? If you’ve had an energy drink, Japanese or not, its flavour would be immediately familiar. But with the passage of time, those flavours are bound to change.

YouTuber Manarisu got his hands on some potion with a best-before date of January 2007. He streamed himself drinking the beverage, which has a nice green hue in the stream. I’m not sure if that was the original colour.

Here are his tasting notes:

* It tasted like shrimp, giving it an agreeable seaside impression. (In the stream, he said it did taste good!)

* The garbage dump returned in the finish.

(To confirm, Manarisu had a friend drink the potion, and the buddy said it tasted like shrimp.)

The take away? “Perhaps it’s a good idea not to drink this,” concluded Manarisu. Perhaps!