The month of June signals the beginning of summer in Animal Crossing, bringing new fish, bugs, and special recipes to the game. It also brings alpacas Cyrus and Reese to New Horizons for a month-long celebration of their wedding anniversary. They’re so damn cute.

Upon waking up on my Animal Crossing island this morning I received a phone call from photo island owner Harvey, requesting my help for a special assignment. Reese and Cyrus, the alpaca couple famous for running the Re-Tail shop in Animal Crossing: New Leaf, want to take some special photos to commemorate the anniversary of their marital bliss. Harvey led me and the happy couple into the wedding chapel, AKA his kitchen. Here Reese and Cyrus tasked me with decorating for a wedding photo shoot. The theme was pink and white, which is my personal theme, so it was pretty easy. I threw down some benches, hung some flowers, and voila. 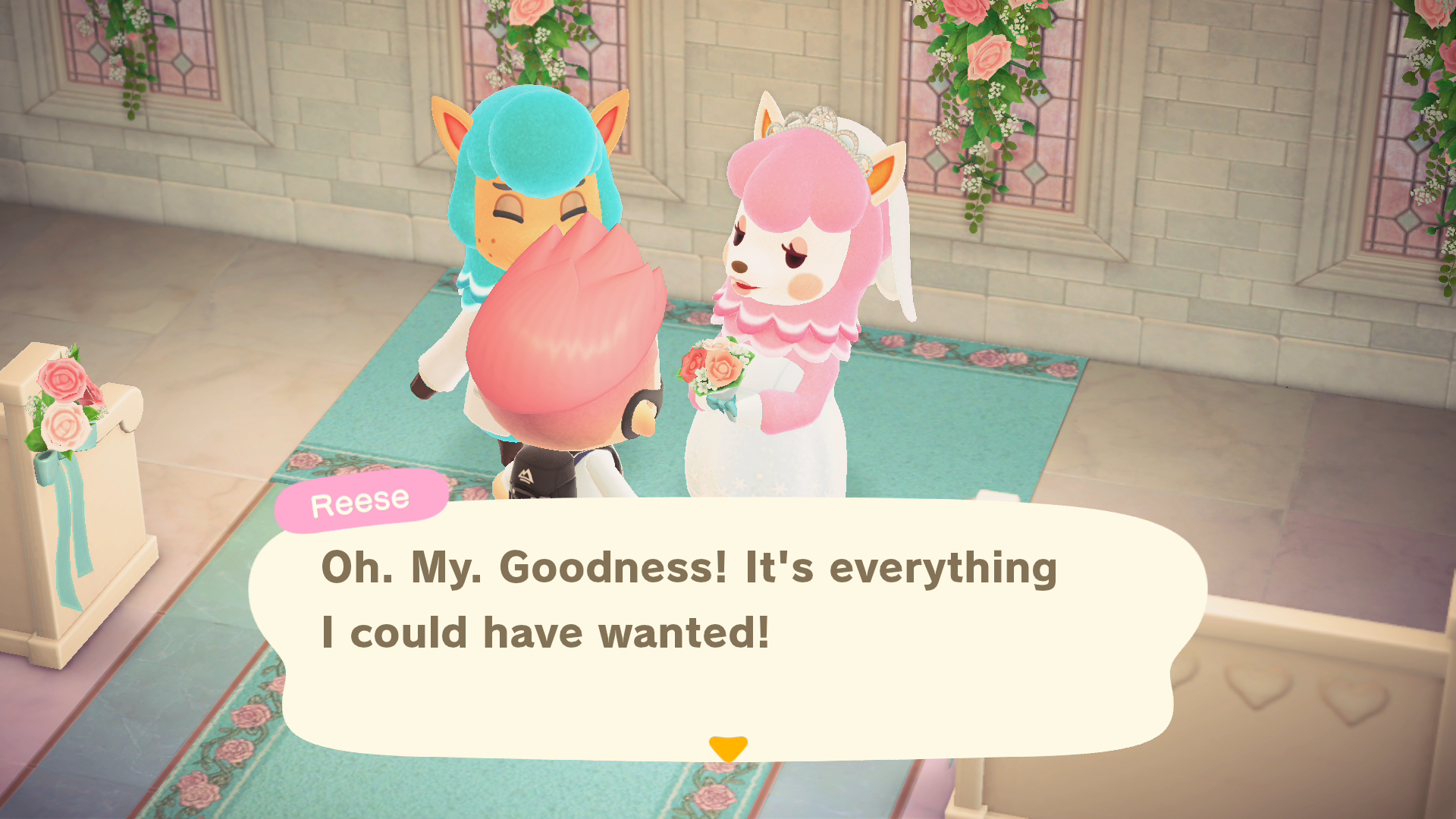 Is it, though? (Screenshot: Nintendo, Kotaku)

My reward for this quick and dirty decorating job was nine heart crystals from Reese, which Cyrus will trade for special wedding-themed items. Cyrus and Reese have rented out Harvey’s wedding chapel all month and plan on trying out different themes every day, so it’ll be worth players’ whiles to return on a daily basis and collect all the goodies. 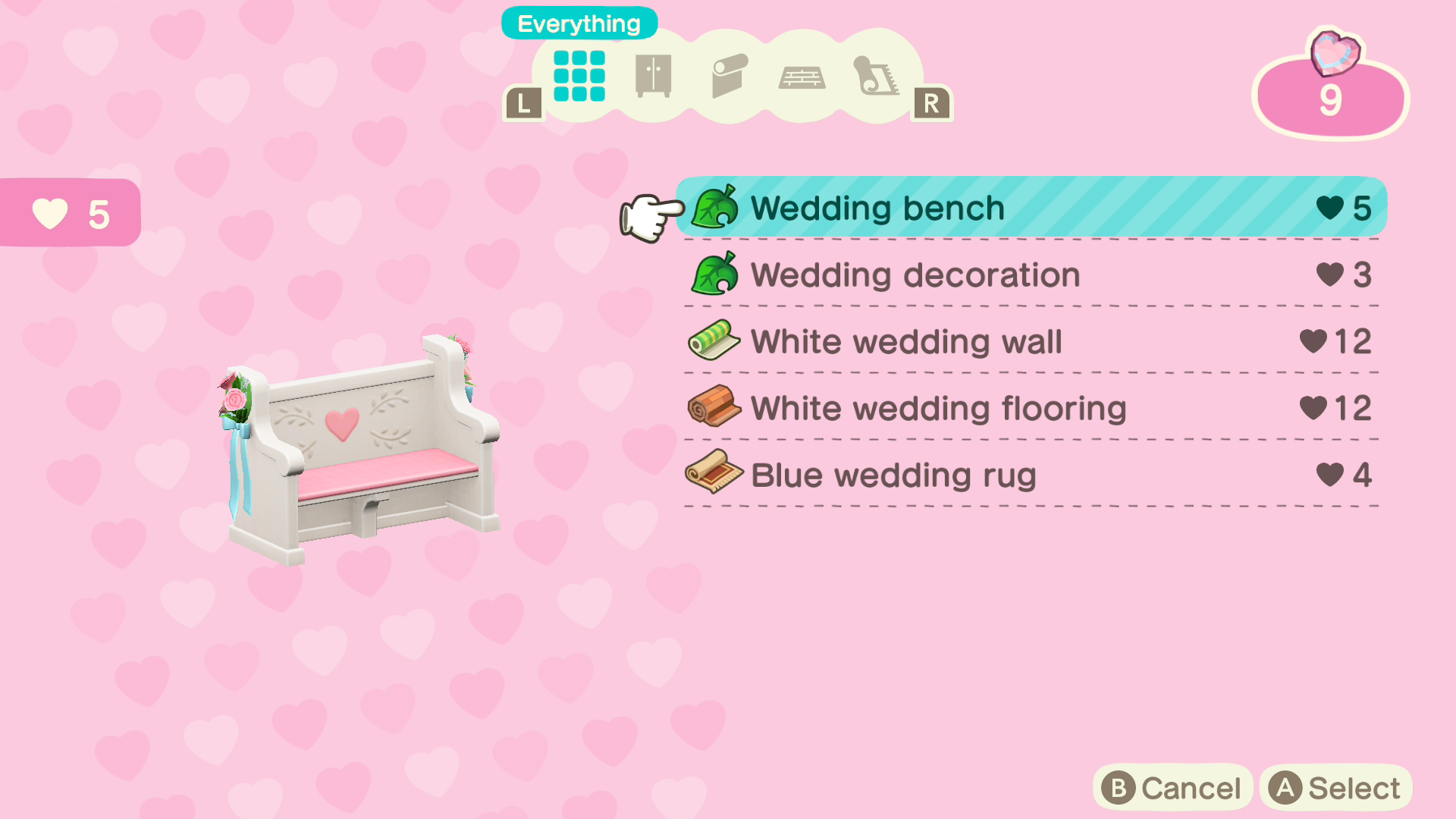 Along with the month-long celebration of marriage, June also brings a bunch of new summer stuff to New Horizons in the Northern Hemisphere. There are new fish to catch. There are new bugs to catch as well. Spoiler: It was not. (Screenshot: Nintendo, Kotaku)

All this, plus special summer recipes that require “Summer Shells” to craft. I’ve already gotten the recipe for the water floor from a yellow balloon, which my wife may steal to complete her mermaid basement. Whatever keeps them as happy as a pair of shmoopy alpaca.