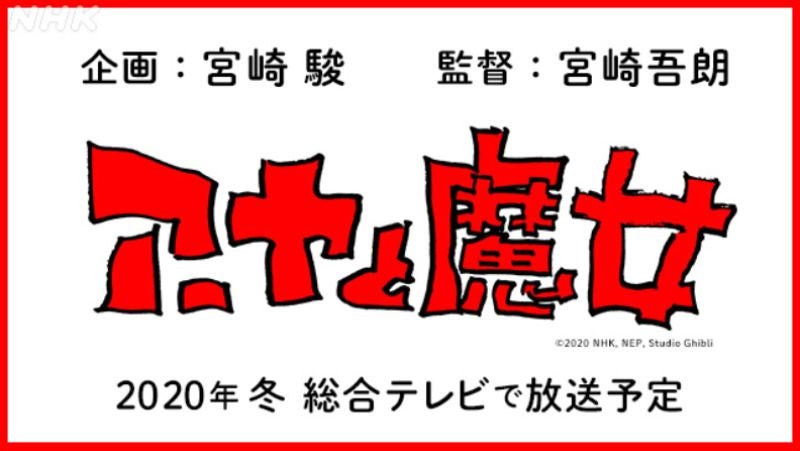 Image: <a href="https://www6.nhk.or.jp/nhkpr/post/original.html?i=23774">NHK</a>
To sign up for our daily newsletter covering the latest news, features and reviews, head HERE. For a running feed of all our stories, follow us on Twitter HERE. Or you can bookmark the Kotaku Australia homepage to visit whenever you need a news fix.

Titled Aya to Majo (Aya and the Witch), the movie will air on NHK in Japan this summer. As New Type reports, Hayao Miyazaki is overseeing the adaptation’s planning, while his son Goro, who helmed From Up On Poppy Hill, is directing. Toshio Suzuki is producing.

Above is the movie’s logo, which reads Aya to Majo and lists the credits for Miyazaki and son. Footage or stills of the adaptation have yet to be revealed.