J. Allen Brack, the President of Warcraft and Overwatch studio Blizzard Entertainment, is leaving his position less than two weeks after an investigation by the California Department of Fair Employment and Housing made public explosive allegations of harassment and discrimination within the company.

In a statement released by Blizzard, it’s announced that Brack will be “stepping down”, and will be replaced by a leadership team of Jen Oneal and Mike Ybarra.

To all members of the Blizzard Community,

We want to let you know about an important leadership change at Blizzard Entertainment.

Starting today, J. Allen Brack will be stepping down as the leader of the studio, and Jen Oneal and Mike Ybarra will co-lead Blizzard moving forward.

Jen joined Blizzard in January as executive vice president of development, where she’s been providing senior development leadership and support to the Diablo and Overwatch franchises. Jen is the former head of Vicarious Visions (which is now part of Blizzard Entertainment).

After many years at XBOX, Mike joined the company in 2019 as the executive vice president and general manager of platform and technology, where he’s been overseeing the evolution of Battle.net and our development services organisation.

Jen and Mike have more than three decades of gaming industry experience between them. Moving forward, they will share responsibilities over game development and company operations.

Both leaders are deeply committed to all of our employees; to the work ahead to ensure Blizzard is the safest, most welcoming workplace possible for women, and people of any gender, ethnicity, sexual orientation, or background; to upholding and reinforcing our values; and to rebuilding your trust. With their many years of industry experience and deep commitment to integrity and inclusivity, Jen and Mike will lead Blizzard with care, compassion, and a dedication to excellence. You’ll hear more from Jen and Mike soon.

I am confident that Jen Oneal and Mike Ybarra will provide the leadership Blizzard needs to realise its full potential and will accelerate the pace of change. I anticipate they will do so with passion and enthusiasm and that they can be trusted to lead with the highest levels of integrity and commitment to the components of our culture that make Blizzard so special.

A separate announcement on Activision’s investor relations page says that Brack is leaving to “pursue new opportunities.” He had been President since 2018, and had been at the company since 2006, having previously worked at companies like Origin (Wing Commander) and SOE (Star Wars Galaxies). 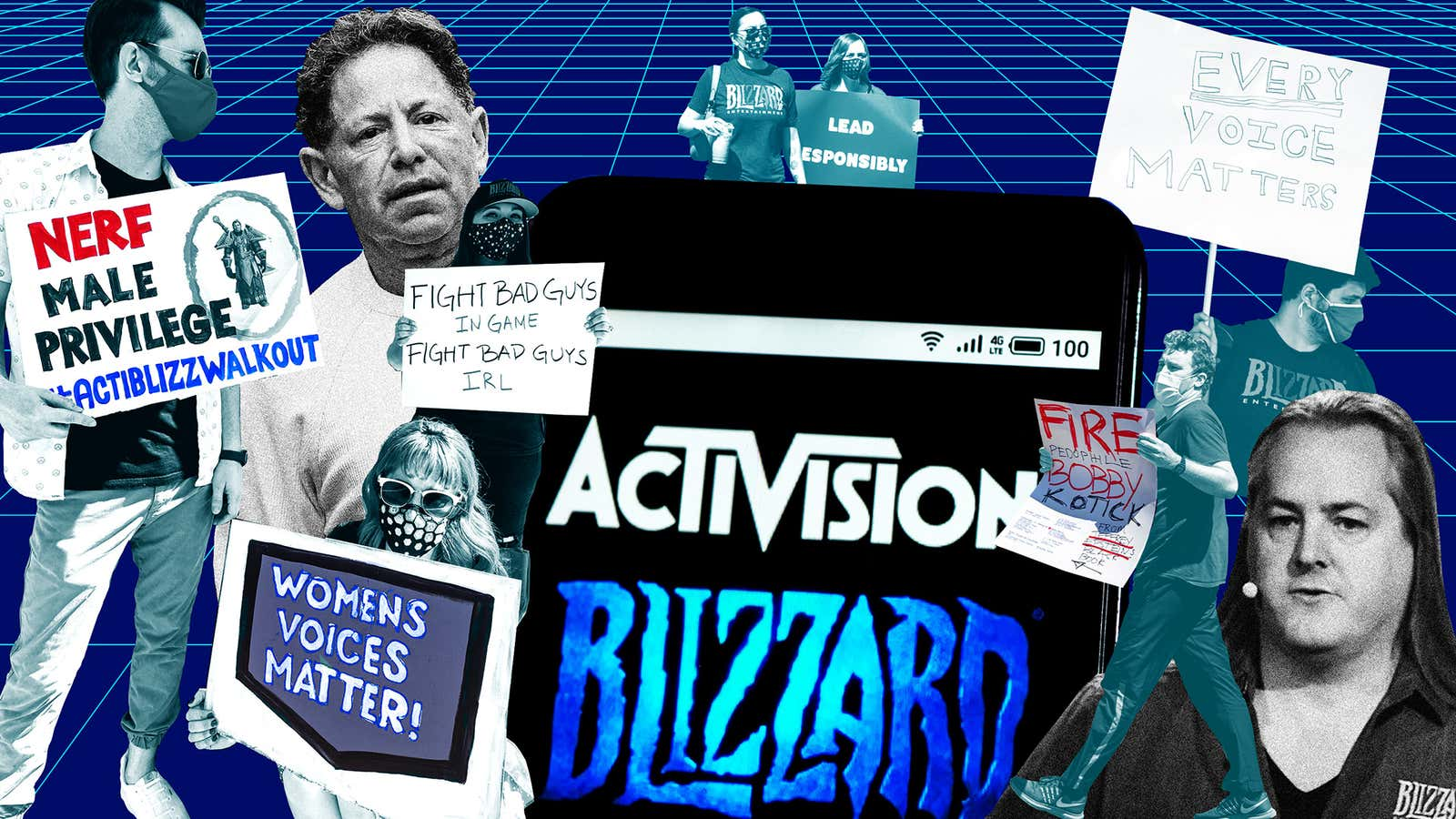