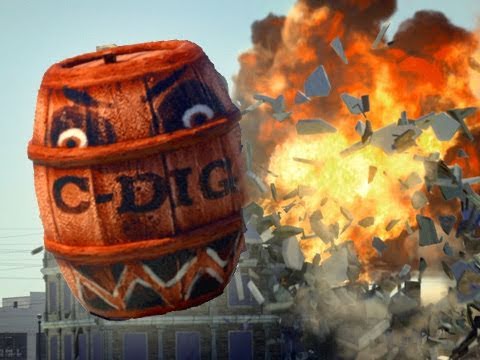 Fed up with his shitty flip phone’s inability to play a game of Angry Birds, he turns to the most incendiary of video game cliches, the exploding barrel, to scratch his itch for destruction. This is the game of Angry Barrels.

It’s the latest effort from special effectsperts Corridor Digital, makers of must-watch YouTube videos inspired by Call of Duty: Modern Warfare, Minecraft and classic video game cheat codes. Yeah, if you’re ever going to subscribe to someone’s YouTube channel, this should probably be the one.

This is more than just amusing video, this is a catalyst for someone out there to make exploding barrels the chief protagonist of a video game, not simply a casualty of virtual wars.