Nintendo Fakers, You Got To Do Better Than This 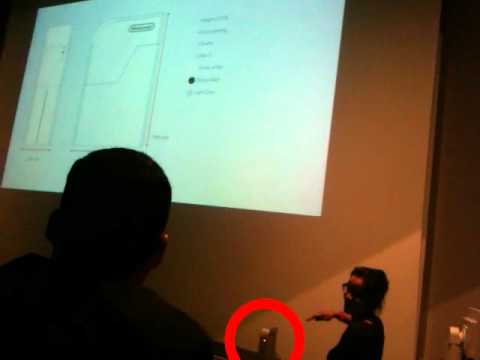 For those who checked the internet when the Xbox 360, PS3 or Wii launched, you’ll remember the fake “secret presentation” photos. They were typically either bad photoshops or bad photos showing new hardware presentations.

That was over five years ago, before the proliferation of high quality camera phones. It’s 2011, new hardware is incoming, and everyone has a camera phone in their pocket. Enter a new breed of fakes.

To cover my arse, I’ll say this could be real. It could be! Anything is possible. You, dear reader, could be a famous supermodel. Why not.

However, this video sets off multiple alarm bells. Just the vid’s title alone (“Private Presentation of ‘Project Cafe’ by a Video Games Editor” – bwah?) makes me suspicious. Also, it looks more like a university lecture room than a game developer’s meeting room.

Then there’s the shaky camerawork, the out of focus screen; of course, this might be the result of secretly filming stuff, or it might be a way to cover a fake.

The biggest alarm bell is the lack of sound. Why isn’t there sound? Whenever any cell phone I’ve had recorded video, it also recorded sound. Those in tinfoil hats probably can come up with a billion reasons why there’s no sound, but I’ll offer my own reason: It’s because it’s fake.

If you are going to make a fake video, make sure it has sound! Also, no jittery camera. Also, it must be longer than a minute. Do these and maybe you’ll bag yourself more believers.