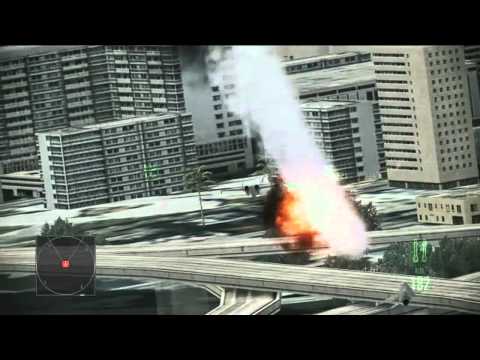 Namco has released a 10-minute tutorial video for their upcoming Ace Combat: Assault Horizon game. The video gives an in-depth look at what to expect from the Close-Range Assault Mode in this fall’s air-combat game.

You’re soaring high above a war-torn Miami skyline. You dive right into the city, among skyscrapers and past suburban neighbourhoods, and fight off enemies before having to eject yourself from your plane to avoid it’s fiery fate. The full version of the game will allow you to travel across the globe, fighting battle after battle high in the sky.

Ace Combat: Assault Horizon hits shelves on October 11 in North America and October 14 in Europe for Xbox 360 and PlayStation 3.