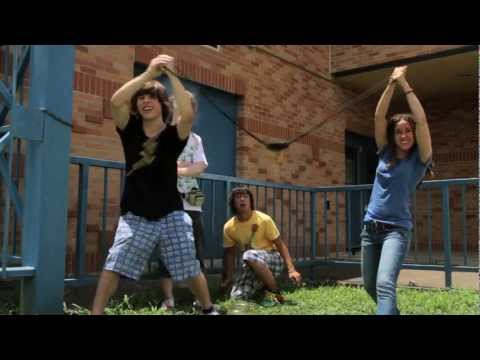 Mike Wilson, he of Ion Storm, Gamecock, Gathering of Developers and Devolver Digital video game company founding fame, is also the star and producer of Austin High, a “goofball stoner comedy” that has nothing to do with video games (I think) and everything to do with joints and bongs and slackerdom.

Wilson plays Principal Samuel Wilson in Austin High, the “coming of age film” he produced. “Initially shaken by the threat of a citywide crackdown on marijuana, which escalates into a full-on ‘War on Weird’,” reads the film’s official description. “Principal Samuel Wilson and the rest of the blazed faculty, students, and staff of Ladybird High School must all shake off their slacker demons and find the courage to stand up and fight before the city they love is stripped of its essence and turned into the next great American strip mall of beige consumerist comfort.”

Hey, it’s no Moneyball, but Mike Wilson’s no Bobby Kotick either.