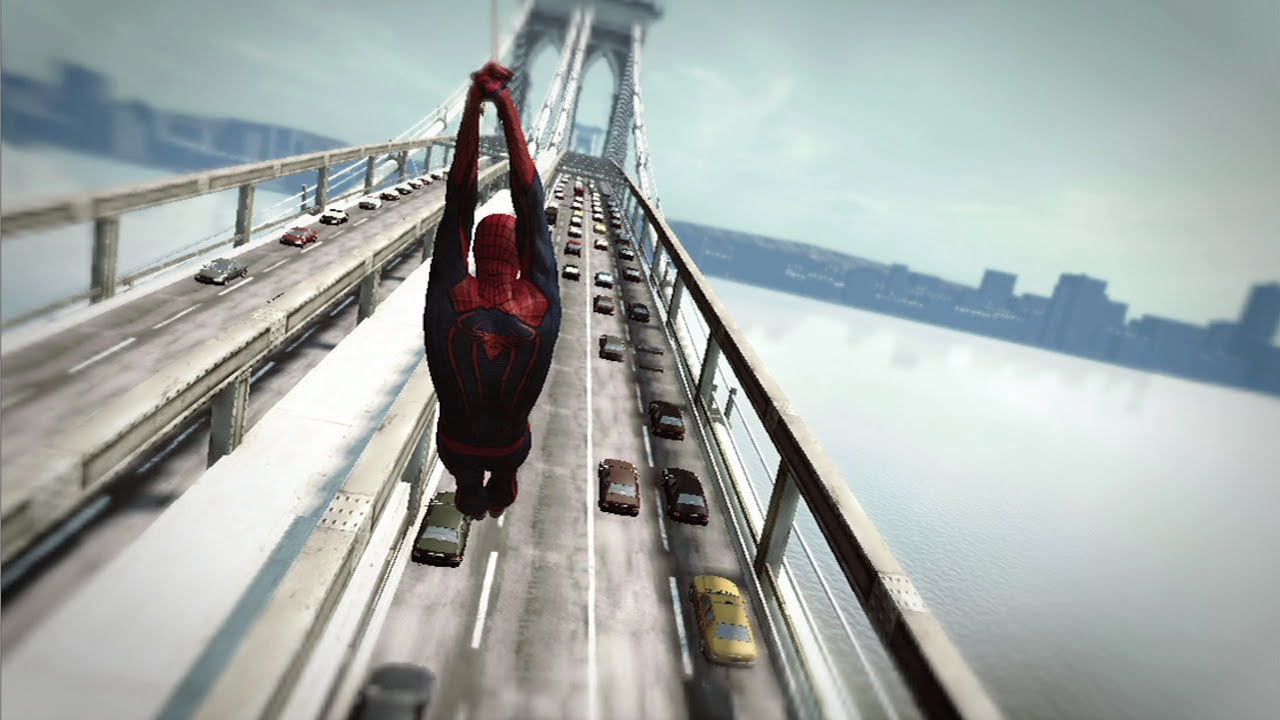 There’s a Spider-Man movie reboot coming next year, with The Social Network‘s Andrew Garfield wearing the webbed uniform of Marvel Comics’ premier character. The Amazing Spider-Man movie will be accompanied by a game of the same name, built by Montreal’s Beenox dev studio.

That collective turned out the last two Spidey games for Activision but promises an entirely new sort of experience with this latest tie-in. Recent Spider-Man titles have been compartmentalised affairs, keeping the web-slinger inside discrete level-based environments.

However, at this year’s New York Comic-Con, Beenox said that open-world web-swinging’s an important element from past Spidey successes and one that they’re hoping to implement again in Amazing. It’s also been speculated that some sort of first-person traversal will be making it into the game as well, literally putting you into Peter Parker’s mask as he jumps across Manhattan’s rooftops. Here’s what Activision’s saying in today’s announcement:

The Amazing Spider-Man is in development at veteran game studio Beenox, and features an original narrative crafted by Hollywood writer Seamus Kevin Fahey (episodes of Spartacus: Gods of the Arena and the re-imagined Battlestar Galactica) that continues young Peter Parker’s adventures following the events of the new film. Using the game’s new Web Rush mechanic allows players to pull off a vast array of moves never before possible. With a story that takes players through many areas all over (and under) Manhattan, fans will feel what it’s truly like to be a Super Hero, as they experience the cinematic adrenaline rush of web-swinging through the city and fighting crime using Spider-Man’s spectacular acrobatic moves and attacks.

This teaser above shows some sign of what the upcoming comic/movie tie-in will look like but plenty of other details — like which of the hero’s iconic villains you’ll be battling against — remain to be revealed. Here’s hoping that Amazing Spider-Man plays as good as it looks.