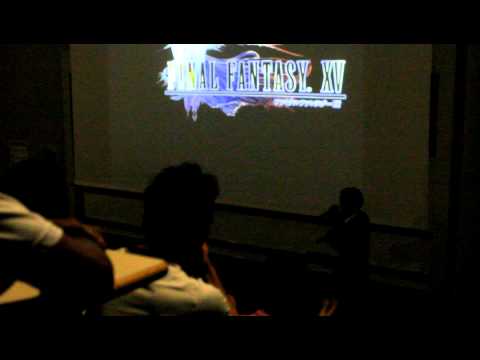 “What??” you may say, knocking over your Cloud Strife action figure in excitement, “There’s a new numbered Final Fantasy game coming out??”

Well, no. The footage in the video was from Final Fantasy Versus XIII, which led many to the conclusion that that long-awaited (possibly vaporous) game had been “upgraded” to Final Fantasy XV.

And yet… still, no. Kotaku reached out to ask Square Enix about the whole thing, and a representative told us flat-out, “We can confirm that the trailer is fake.”

So: Not real. False. Fake as a spray-on tan. No Final Fantasy XV for us. At least for now.