Kingdom Rush, Anodyne And Receiver Head Up The Latest Games Greenlit On Steam 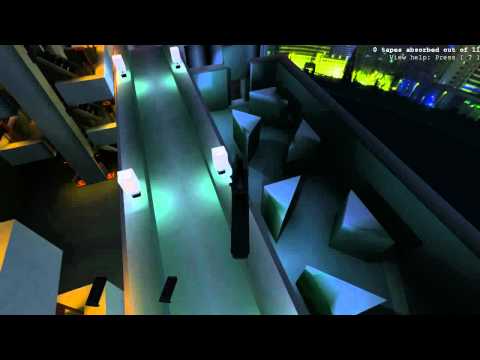 The list includes Anodyne, the game that successfully embraced piracy to get noticed, and the wonderful iOS game Kingdom Rush. Receiver, Wolfire’s intricate gun-detail FPS that I’ve been meaning to play, has also been approved. (A video demo of Receiver is up top. Doesn’t that look cool?)

Anodyne — The two-man development team behind Anodyne recently gave away the game on Pirate Bay, sparking a huge surge in votes and attention from the community and press.

Distance — Featured in PCGamer’s ‘best pc games of 2013′ and successfully funded on Kickstarter, Distance is a unique survival racing game where you boost, jump, rotate, and even fly through a chaotic and twisted city.

Evoland — This journey through the history of action/adventure gaming caught our attention early on with their dramatic gameplay video and proved to also be a community favourite, getting voted up the charts in just a month.

Huntsman:The Orphanage — This unconventional survival-horror game has captured the interest of the community by showing a lot of detail, posting gameplay videos and responding frequently to fans.

Kingdom Rush — This highly rated tower-defense mobile game comes to PC and Mac, exciting the gaming press and picking up supporters across the Greenlight community.

Legends of Dawn — This open-world RPG has moved up the Greenlight charts quickly and steadily since being posted at the end of December. Along the way, they almost doubled their funding goal on Kickstarter.

Organ Trail: Director’s Cut — This retro zombie survival game brings you back to the days of gaming where your friends lived long enough to die of dysentery.

Receiver — Detailed FPS game that puts you in control of solving puzzles and the mechanics of operating your weapons.

War Thunder — This World War II MMO has seen huge success in its open beta, already logging a half-million players and tens of millions of hours played, translating to a huge community of voters on Greenlight as well.