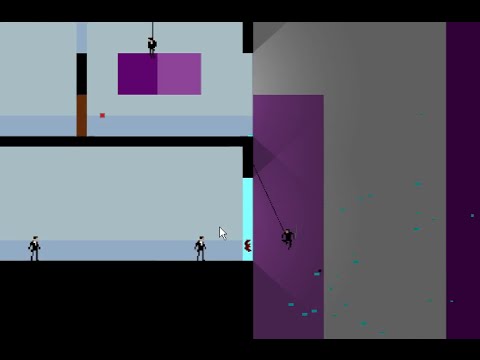 If you create a successful game, you have to expect others will borrow mechanics and themes for their own creations. That’s not so bad — it’s nice to have an influence on the medium — but what is troublesome is when your game is outright cloned, with little to no originality added. Tom Francis, the man behind indie-hit Gunpoint, was recently inspired to record himself playing a Gunpoint “rip-off” called Ronin. The thing is, he not only enjoyed it, but didn’t think it deserved its title as a flagrant copy.

Francis posted the the entire 17-minute Let’s Play on his blog (though you can also watch it above) and after giving it a good bash, concluded that the core mechanics “are so different” and that “what it does copy is superficial and that stuff doesn’t matter”. In fact, he’s happy that someone was so inspired by his game, they wanted to make their own interpretation:

I wouldn’t want anyone to reuse Gunpoint’s artwork or music, but the ideas in it are absolutely there for the taking. Every non-standard thing about it, from the jumping controls to the saving system, I did because I wanted more games to be that way. If there’s actually a case where Gunpoint caused more games to work this way, that’s a huge thrill for me.

The story doesn’t end there, however. On Reddit, Ronin‘s creator Tomasz Waclawek said he was “disappointed” by the positive feedback:

I tried really hard to make a Gunpoint clone and he says its not like Gunpoint. I really don’t know what I’ve done wrong 🙁

As a few of the replies to his comment mentioned, I hope he’s not serious. If I was Waclawek, I’d be stoked with Francis’ comments!

It’s Time I Did Something About This ‘Gunpoint Ripoff’ [Tom Francis, via Blue’s News]