Kanye's Making A Video Game About His Mum's Journey Through Heaven 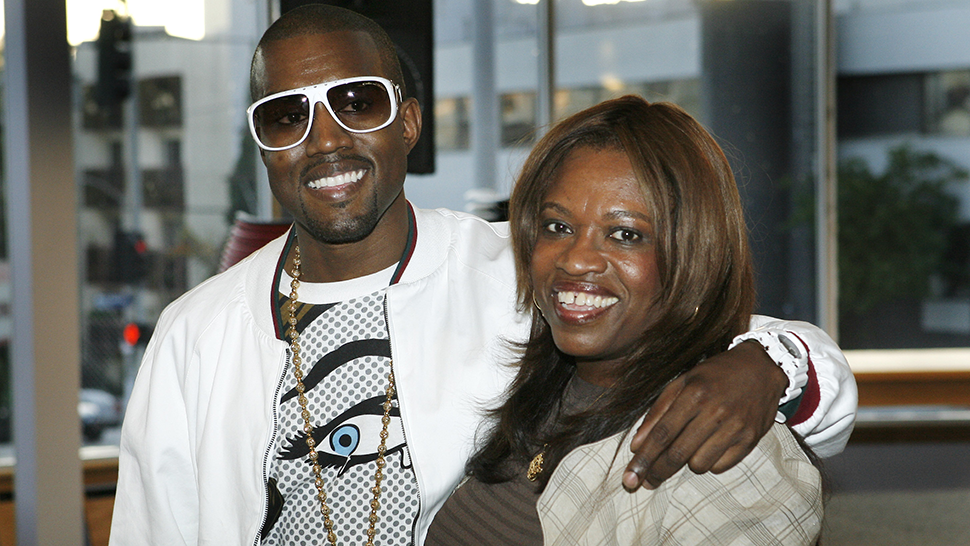 Fresh from his blockbuster performance at the Grammys, rapper, producer, songwriter, professional husband and game designer Kanye West has revealed that his next game project will allow players to guide his late mother to the highest gates of heaven.

I say latest game project because Mr. West is no stranger to the rigors of game design. In 2009, discussing the origins of his first beats, he described a game he'd been working on at the age of twelve that was like Mario Bros. only with more penises and vaginas.

My game was very sexual. The main character was, like, a giant penis. It was like Mario Brothers, but the ghosts were, like, vaginas. Mind you, I'm 12 years old, and this is stuff 30-year-olds are programming. You'd have to draw in and program every little step-it literally took me all night to do a step, 'cause the penis, y'know, had little feet and eyes.

In an interview earlier this week with The Breakfast Club radio show (via NeoGAF), Kanye revealed his latest game was a tribute to his deceased mother based on the song "Only One," a groundbreaking collaboration that launched the career of Paul McCartney. Skip to 55:55 in the video below for the game comment.

I'm a firm believer in the power of the video game as memorial, and I imagine the game design process is quite cathartic for an artist who was obviously deeply affected by his mother's passing. Let's just hope his design sensibilities have matured in the past 25 years.