This Week's Superman Comic Is Basically About Ferguson 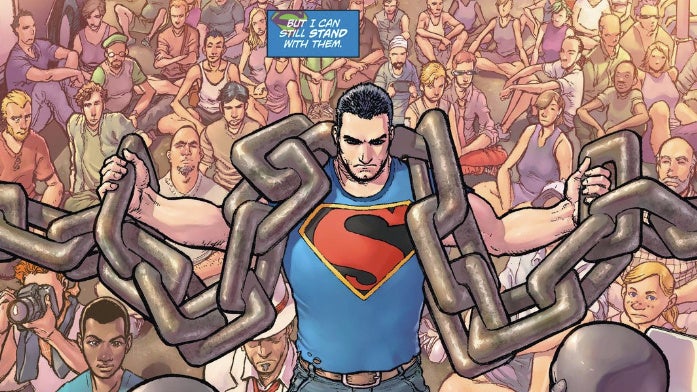 Recent changes have made Superman a lot more human than he was just a little while ago. He's not flying anymore; he's down on the ground with normal folks. And this week's new issue of Action Comics has him facing some of the toughest challenges that normal folks are dealing with in America today.

The first half of Action Comics #42 by Greg Pak and Aaron Kuder comes across like a standard American superhero comic: you've got Clark Kent pounding away at a huge shadow demon, trying to stop it from wrecking the city he's sworn to protect.

With his diminished powers, it's more challenging than it used to be. The sweatier, bloodier fight highlights one of the aspects of the new Superman status quo that I'm liking the most: Clark Kent enjoys having to work harder at being Super. 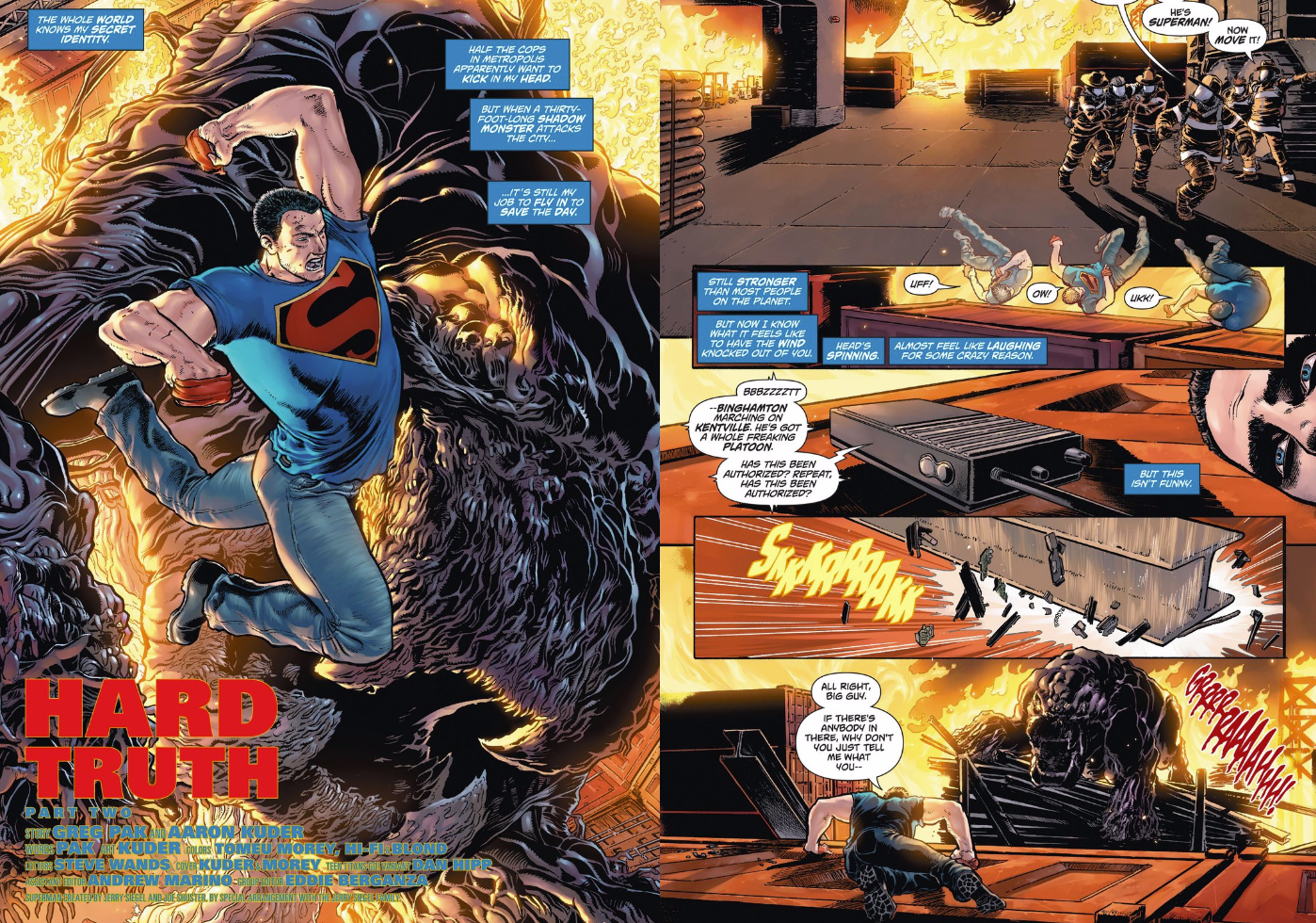 But the latter half of Action Comics #42 feels more remarkable. When he gets back to his neighbourhood, Clark walks into a weeks-long standoff between his supporters and the police ordered to arrest him. Things are on the brink of turning ugly. 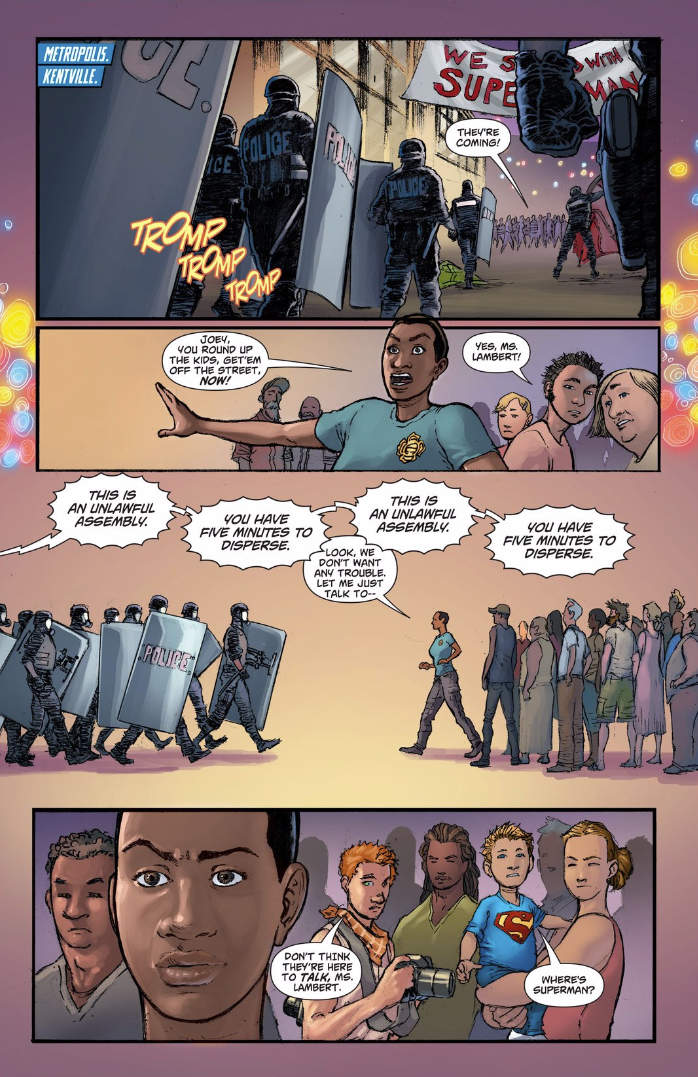 Part of me was worried that the confrontations with Metropolis' police would feel like a cheap grab at topicality, one that would stumble despite being well-intentioned. But it doesn't.

Clark's neighbours don't just stand there and endure the verbal and physical abuse that the cops — commanded by an officer previously shown to be talking to some mysterious off-panel manipulator — are dishing out. They react like real people, intentional echoes of the citizens who've been marching and protesting in the aftermath of recent controversial police-involved deaths. Superman acts like that, too, here. The Man of Steel doesn't swoop in with a lecture that saves the day. He can't. 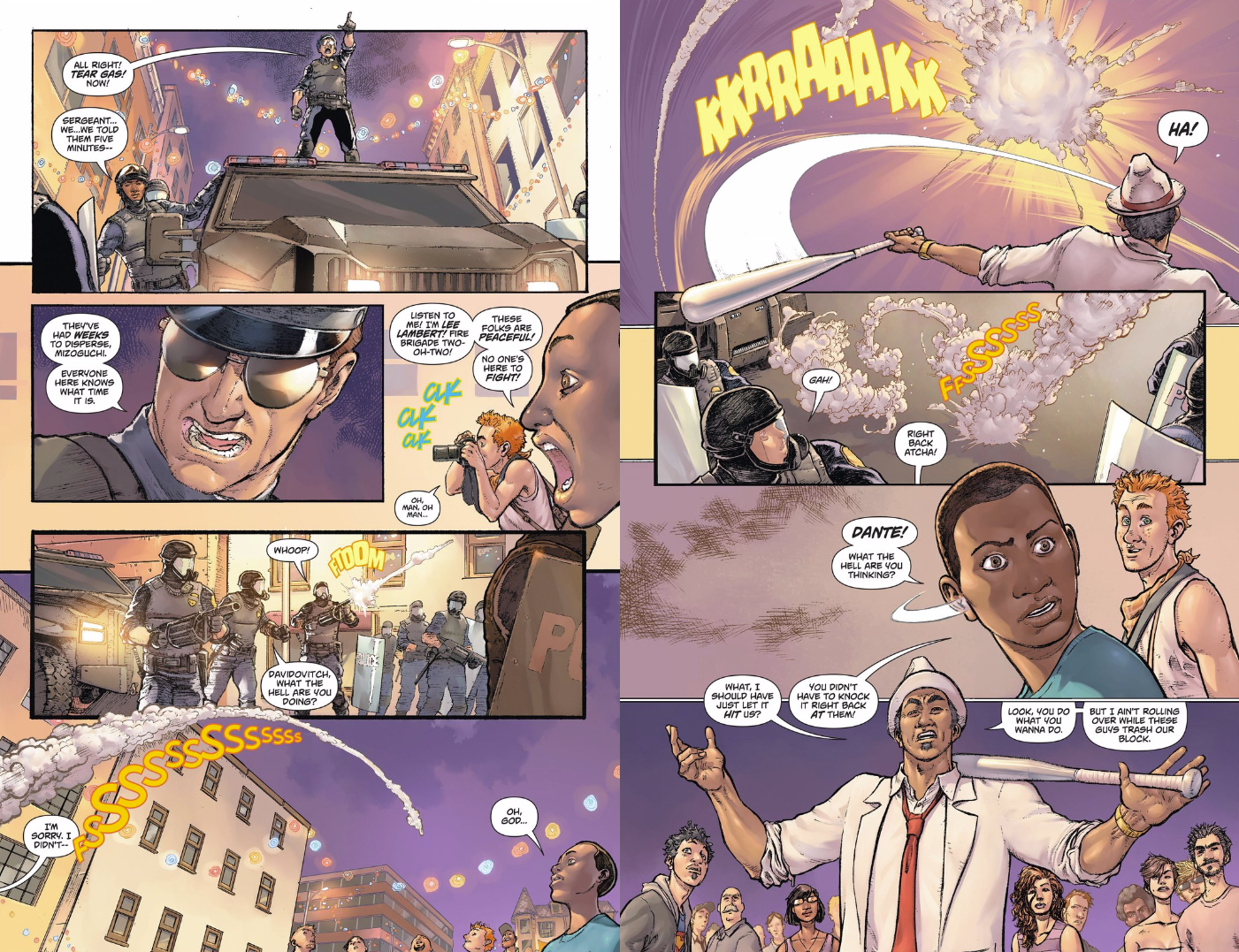 Pak's writing here zeroes right in on the legacy of Superman as a symbol, this time as the ultimate outsider. He's someone whose status as "one of us" can get ripped away by those in authority. Yep, a lot like black people in America. 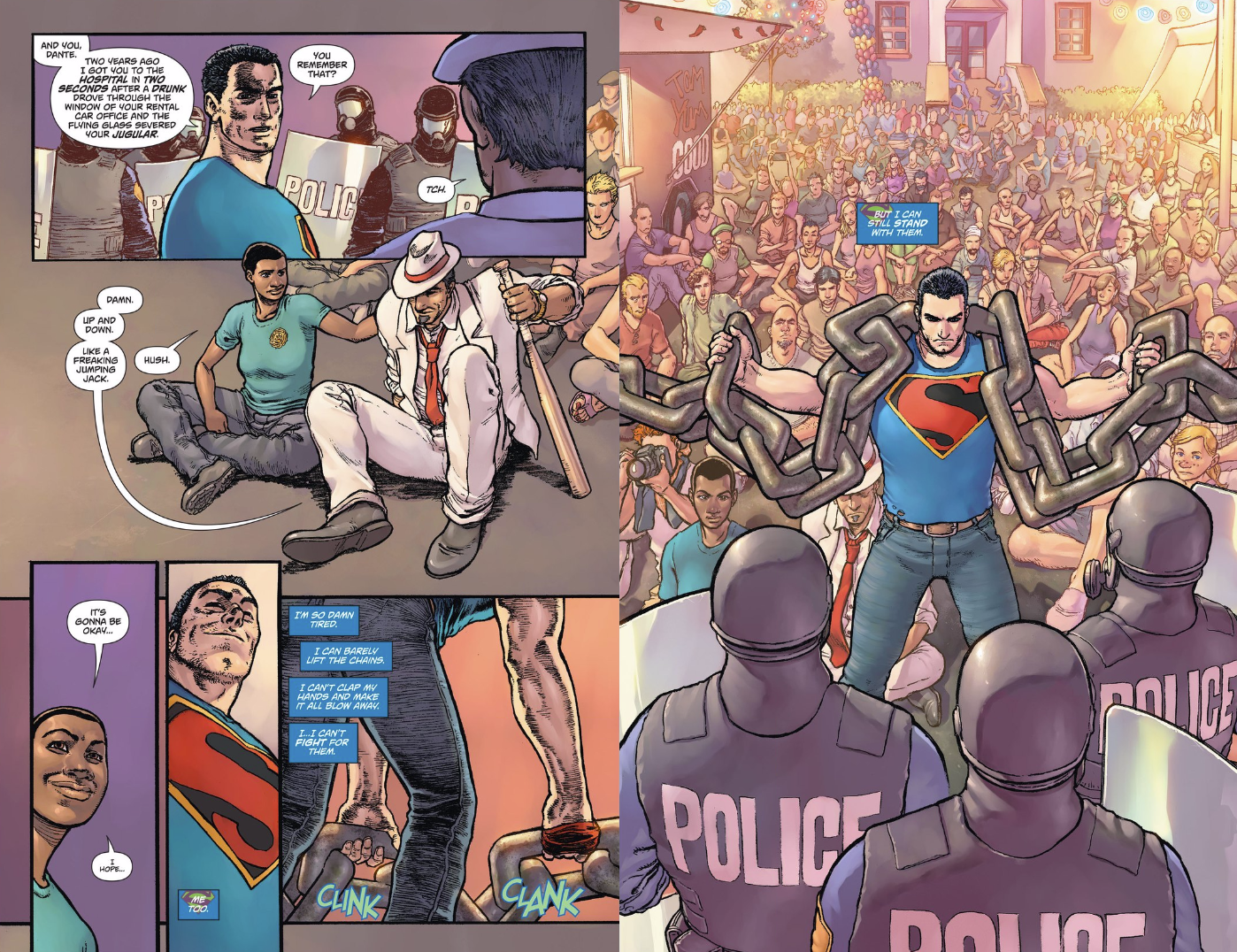 While there is a newish version of Superman that's basically a Kryptonian Barack Obama, the one in this comic isn't black, of course. Regardless of colour, he's supposed to stand for the best in humanity. And it's Superman's symbolic nature is what makes the climax of this issue so good. He stands against a bunch of corrupt cops who are prejudiced against his alien roots. Clark's resistance is peaceful at first, but explodes in a punch when innocents are getting hurt by the people who are supposed to protect them. This is a Superman harkening back to his roots, a hero that feels connected to finding justice, not just propping up the rule of law. It's a surprising place to find the character in 2015, but one that feels right.