What's Next For Arc System Works After BlazBlue 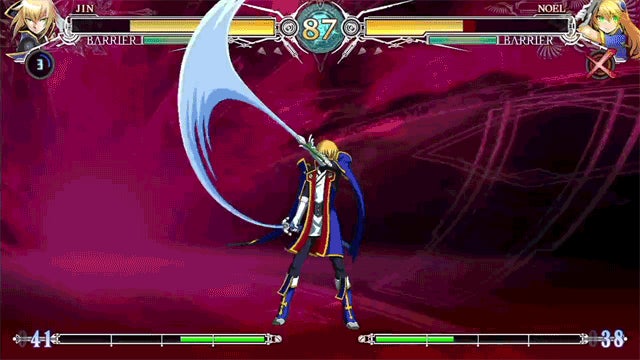 With one of its major IPs drawing to a close, the master fighting game maker is looking to something new.

BlazBlue: Centralfiction is the latest addition to the BlazBlue series of fighting games and the "Finishing chapter to the Story of Blue." For developer Arc SystemWorks, the Blazblue series has, alongside Guilty Gear, been one of their biggest series. "BlazBlue is a story that centres around [the character of] Ragna." producer Toshimichi Mori said in an interview with Weekly Famitsu. "When we announced the game, we stated that that story was coming to a close."

As for the story of other BlazBlue characters, nothing definite has been set, however, in a separate interview, Arc System Works top man, Minoru Kidooka, said that "Mori has said to me, 'the next game I make won't be a fighting game.'" indicating the current producer was looking to take a break from the genre.

Asked if there were any plans for an all new fighting game series Kidooka said, "In regards to that, we've been tossing around ideas for a while now, but nothing specific has formed." Kidooka noted that he was hoping that the next generation of creators in his company would create a new fighting game. "We need to establish the next fighting game after Guilty Gear and BlazBlue."

BlazBlue: Centralfiction is scheduled to hit arcades in Japan later this year.