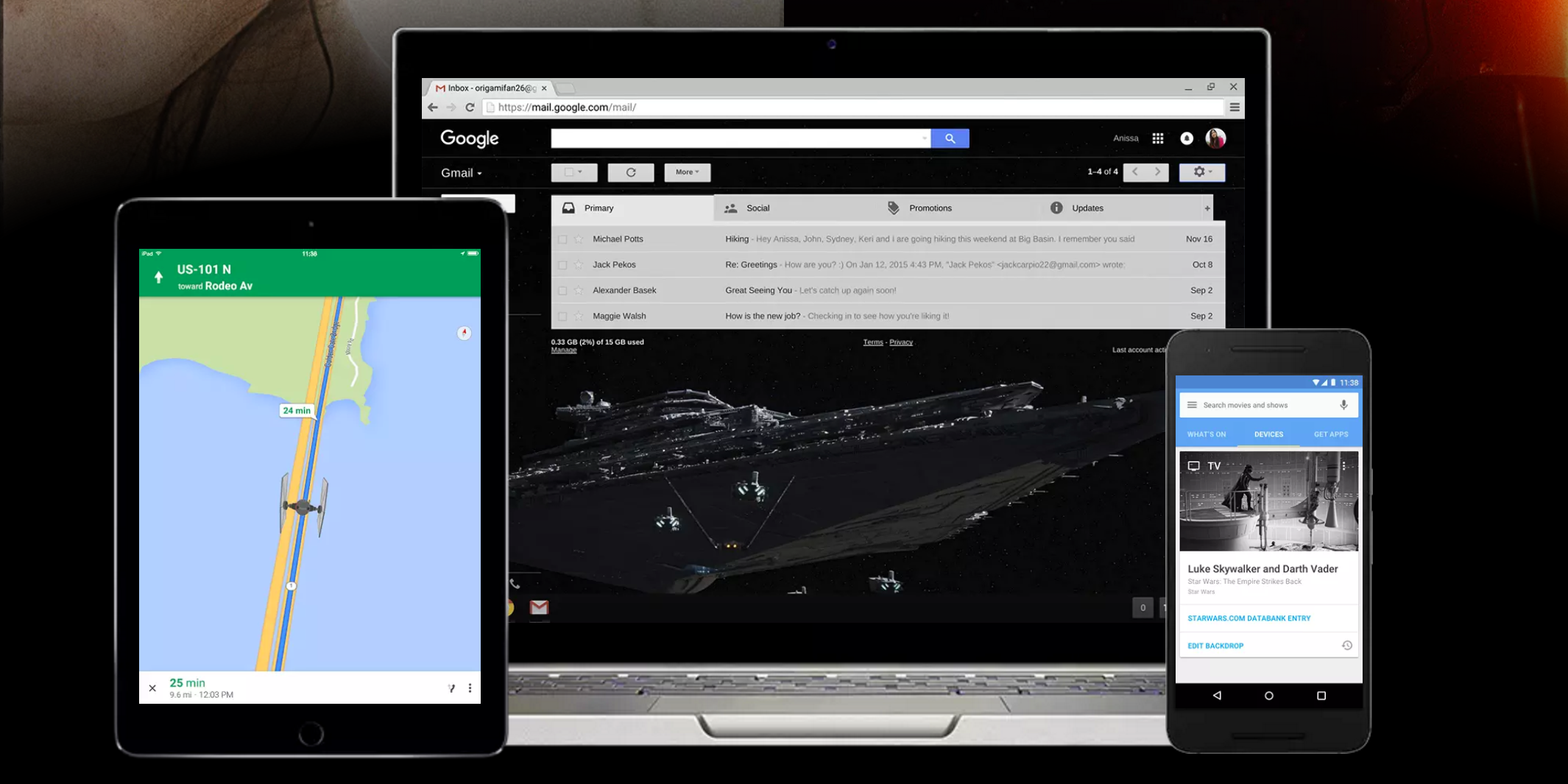 To celebrate the release of Star Wars: The Force Awakens, Google has put together a set of skins for its apps which let you demonstrate your allegiance to either the light or dark side.

The tweaks to Google apps include new Gmail backgrounds, a YouTube progress that looks like a lightsaber, a Maps positions marker that resembles a TIE fighter or X-Wing, and a bunch more subtle tweaks in Chrome, Translate, Chromecast and the like. We prefer the dark side, though we’re not sure what it says about us.

Guaranteed fun, for at least a few minutes. In fact, it’s kind of reminiscent of the custom options you used to get on Windows, where your swapped alert sounds for train whistles and that kind of thing.

Anyway, you can go choose your side now.