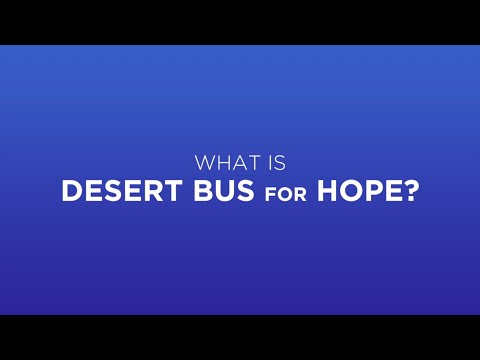 Desert Bus, a joke game in which you drive forever down a desert road with little to look at or do, is being remade for VR by one of its original creators, Penn Jillette. Joining him will be Borderlands creator Randy Pitchford.

You probably know Penn Jillette for being fricken everywhere on TV. Not only is he a famous magician as half of the Penn & Teller duo, but the two also had quite a funny show called Bullshit, and since then he’s had a penchant for being on reality TV shows. He’s a smart, funny guy who obviously recognises the appeal of geeks putting themselves through pain for charity.

Gamasutra reports than Desert Bus for Hope, the charity most associated with the game, last November raised over $600,000. This new version of the game will be only available to charities, like Desert Bus for Hope. Just imagine how much money could be raised if we were watching a geek with a full headset on, and that brown horizon was extended all the way around him?

There’s no word on whether this is a straight up-and-down remake or if the two have any special additions planned for the VR version, but I imagine there will be quite a few more people watching the next Desert Bus for Hope, waiting for something special to happen. Will it happen? We’ll have to focus the whole time so we don’t miss it. Those magnificent trolls.