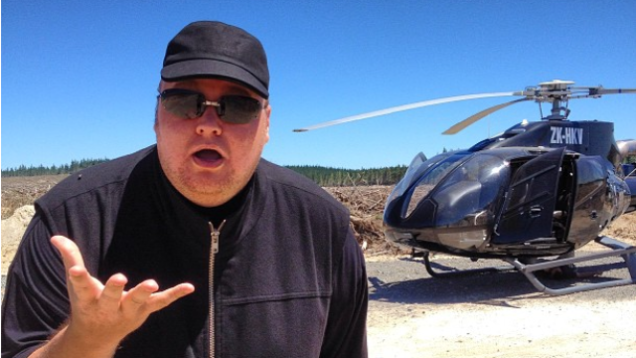 Kim Dotcom is a big Call of Duty fan. His love for the game is so intense that he still promotes his efforts reaching the top of the Modern Warfare 3 leaderboards on his personal page. The occasion was even marked with confetti and a special cake sporting his gamertag, MEGARACER.

The German-Finnish entrepreneur is getting more involved in professional Call of Duty, however, with an Australian team announcing this evening that the MEGA founder was officially supporting their endeavours.

Tainted Minds, one of the teams competing in Melbourne’s Crown Invitational exhibition this weekend, announced the news over Twitter with a simple statement.

“[Dotcom] has a long standing friendship with one of our players Reef ‘Eminence’ Galloway who up until last year was living with him,” Tainted Minds said. “Kim wants to see Reef achieve success as much as all of us here at Tainted Minds and ever since Reef’s move to join us, Kim has been a supporter of the brand.”

The two became friends after racing each other in free-for-all servers to get to the top of the leaderboards. Dotcom eventually reached the peak of the leaderboards for Call of Duty: Ghosts on console, matching his efforts a few years prior for Modern Warfare 3.

“Not long after we did a huge live stream for the launch of Advanced Warfare at the Mansion and basically since then i’ve been staying with him.” Galloway now resides in Auckland City, after Dotcom vacated his mansion.

He’s been visible in Dotcom’s social media channels throughout, however. After losing a dare last year, Dotcom posted a photo of Galloway with a predominately shaved head as a reference to Caitlyn Jenner. More recently, Galloway has featured on the MEGA founder’s Instagram account in various short videos.

We’ve reached out to Kim Dotcom for further comment.