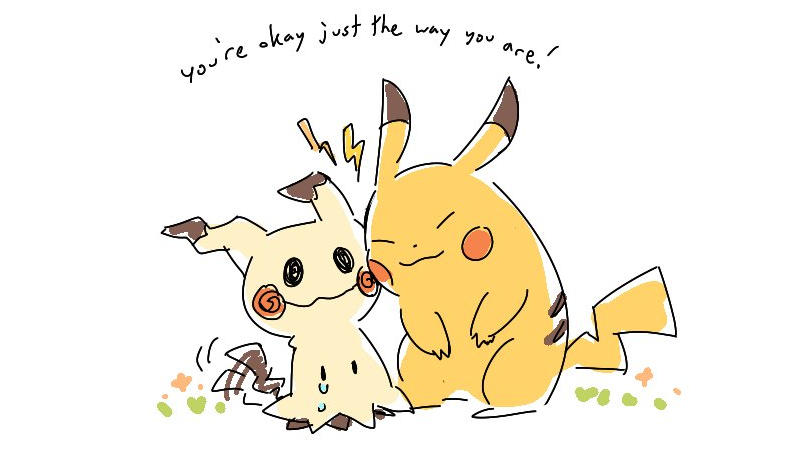 Meet Mimicyu, a ghost type Pokemon that should look pretty damn familiar to you. There’s actually a good reason for that.

As Serebii explains, Mimicyu was recently revealed on Japanese magazine CoroCoro. Serebii’s translation of the unveil states that Mimicyu is wearing a cloth costume based on popular Pikachu merchandise. “It wants to be loved by people like Pikachu is,” Serebii says.

For years, Pokemon developers Game Freak have been trying to one-up Pikachu’s adorable design. Each and every entry in the franchise has had a Pikachu clone of some sort, but none so far has reached the heights that Pikachu has. With Mimicyu, it seems that Game Freak has stopped trying to fight Pikachu’s popularity, and instead is embracing it to great effect. 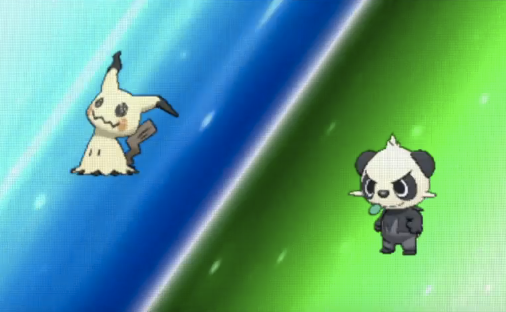 
As a pet owner I always worry about maybe liking one pet more than the other. I feel a palpable pang of guilt when, say, I find my dog staring longingly at me while I pet my cat. Ostensibly, Pokemon must undergo something similar with their own trainers, especially if they are a critter in a larger family.

All of this to say, Mimicyu is Game Freak’s most brilliant and heartbreaking Pokemon that they have ever come up with. The internet seems to agree, judging from all the lovely fan art popping up online:

always room on my team for someone who works hard #mimikkyu pic.twitter.com/jhgnjMjktH

suddenly I am 20x more endeared to pikabag now that I know it just wanted to be loved like pikachu pic.twitter.com/Y2rfZtqL0S

i want a lot of different forms
please pic.twitter.com/TyqzCQkY3T

A little mini messy Mimicu comic for warmup today I'd like to think these little guys are supportive to eachother ;; pic.twitter.com/LCejJ9oC2b

Had a think about what the new Ghost/Fairy type Mimikkyu would look like if it imitated some other #Pokémon! pic.twitter.com/zSlMuHDbY4

Me: can we please stop getting Pikachus in costumes
Pokémon: how about a Pokémon that is a Pikachu costume pic.twitter.com/zYZn3qQ4Og

Be whoever you want to be. Your friends will back you up. pic.twitter.com/6nrWgIdZEM

I trust this pokemon with my life pic.twitter.com/juaPtRIgL9

Right now, Mimicyu hasn’t been officially unveiled for English speakers, and it’s entirely possible that it will have a much different name out in the west. Whatever it ends up being named, I want one.