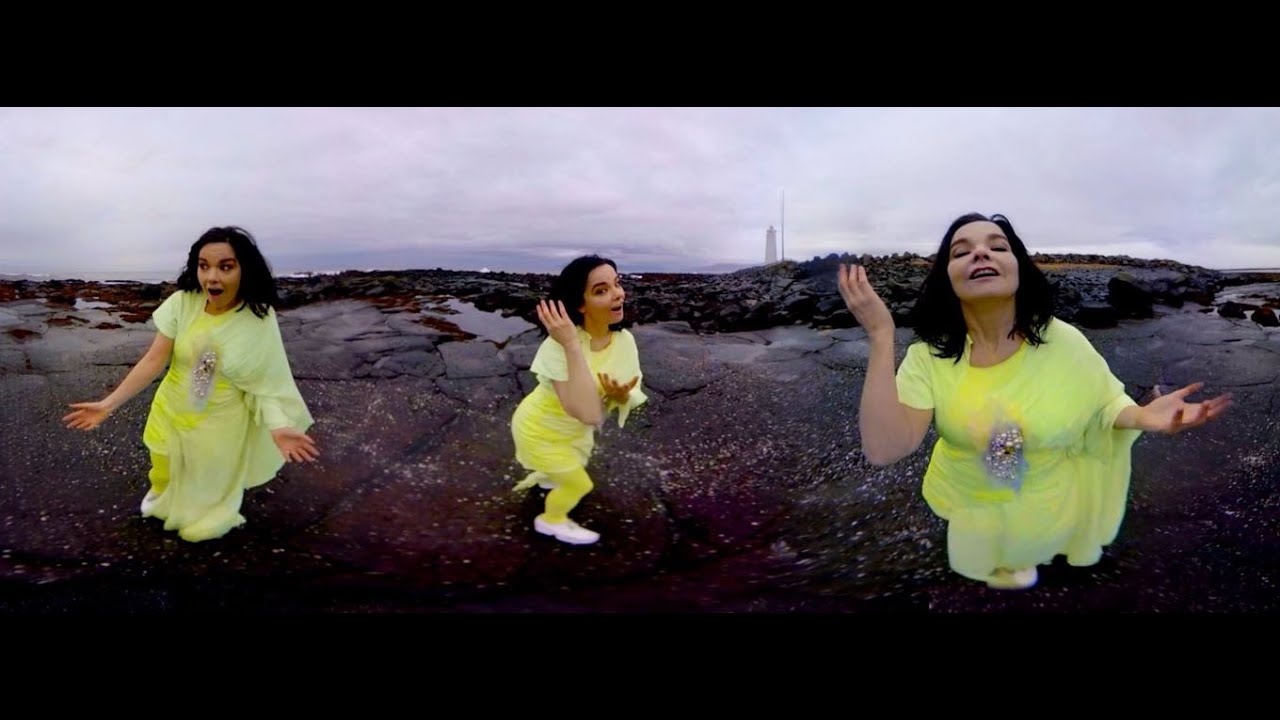 While making VR music videos for her last album, Bjork let slip that she’s very inspired by the latest game from thatgamecompany, and may be looking to collaborate with Journey’s designers on her next album.

Speaking to The Guardian, Bjork revealed she’s about half/half at the moment between audio and visual art — the latter half comprising of a series of VR experiences around her last album, Vulnicura. While most of those songs are themed around a painful parting of ways with a lover, you might not guess it from the imagery she describes. The experiences include being inside Bjork’s mouth and evading her tongue as she sings, witnessing her rebirth from inside a cave, and a beach setting where she was inspired to write some of the songs.

The whole thing basically sounds like an album-long, 360 degree music video. Because who wouldn’t want to relive that excruciating break-up in as high definition as possible? She’s made seven VR experiences so far, and seeing as most people don’t yet have a VR headset, she’s publicly displaying them at London’s Somerset House.

As for future work, Bjork listed off a gaggle of artists from many disciplines that inspire her, and that she could possibly look to collaborate with. In addition to the makers of Journey, there was a poet, a curator, a “knitting prodigy”, and more.

“I’m not really a gamer; I’ve always found it hard to penetrate that world, to sit there with the gear. But before we did the Stonemilker video, my friends said, ‘[Journey] is a game you would actually like, it’s different to all the other ones.’ I tried it and loved it. I thought it was brave, it’s trying to map out a spiritual place. And it belongs in this medium, it’s not just murdering, killing and hell. I feel strongly about that.

I’m up for murdering, killing and hell films and games and TV series being 50% of stuff, but now it seems about 95%, and I’ve had it. I’m not a purist that just wants rainbows everywhere; I like dark stuff, and I believe that we have a lot of dark energy in us that we should deal with, I’m not a Pollyanna, but 50% is enough. The other 50% should be about constructive things, and the light.

Another game Jenova and Robin did, Flower, you’re just floating above fields of flowers forever, and if you manage to touch enough flowers you create this synergy between them and you get a halo, almost like this enlightenment. It sounds hippy but it’s beautiful and profound. I talked to them and they were telling me how many people contacted them, that the games stopped people from committing suicide and got them through rough patches in their lives.”

I’m not what you’d call a fan of Bjork’s music, but… A collaboration between her and Jenova Chen and Robin Hunicke, especially given the VR content she’s keen on, could be very interesting.