Why Arcades Haven't Died In Japan 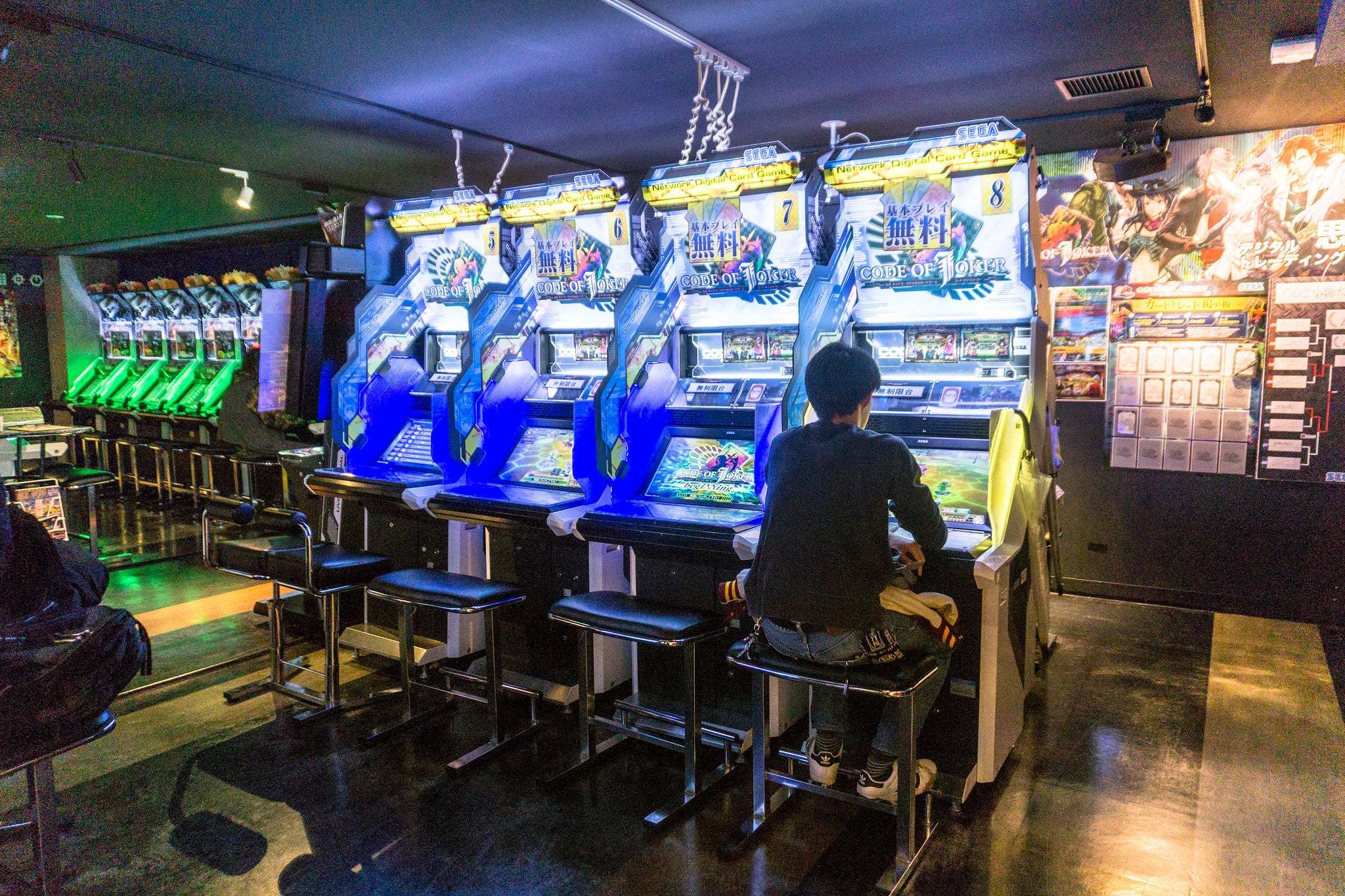 In many places, arcades seem to have nearly, if not completely, vanished. Yet, in Japan, they continue to hang on.

As The Financial Times reports in a recent piece on Japanese arcades, there were 44,000 of them during their mid-1980s heyday. Today, the Japan Amusement Industry Association says there are 4,856 registered arcades across the country. There also another estimated 9,000 locales, each having under fifty machines.

Even though there are fewer arcades now than in decades past, new games and cabinets continue continue to hit game centres, such as Dissidia Final Fantasy, Pokken, and KanColle, a title so popular that it drew lines upon release.

Japanese arcades not only hang on, but keep getting new games. Here's why.

Some of the biggest corporate arcades in Japan are from Sega, Namco, Taito, and Capcom. All of those companies are also game developers, so they're able to churn out titles for their arcades, whether that's Namcoland, Taito Station, Plaza Capcom, or Club Sega. Since they have already invested in the arcade locations as a business, they need content to keep attracting customers. This integrated system is instrumental for Japanese arcades' survival. 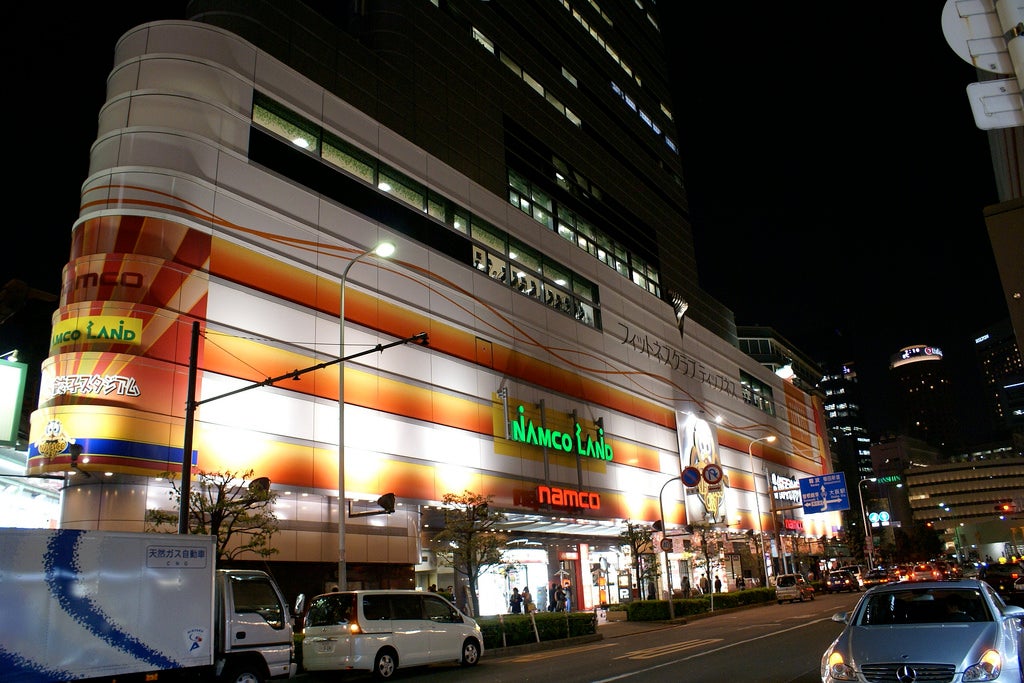 Since many Japanese game makers got their start in arcades, that connection remains strong. It's part of their corporate culture and identity, unlike in the U.S., where many game makers either got their start on consoles or on computers, and where famous arcade game makers of the past, like Midway and Atari, no longer exist.

Infrastructure can make or break a business. In Japan, arcades are proof of that.

In Osaka and Tokyo, arcades are often located near major train stations. Thus, visiting an arcade is something you can do on the way to doing something else. You can pop in, play a few games, and go on your merry way. No wonder arcades are a way to blow off steam after work. 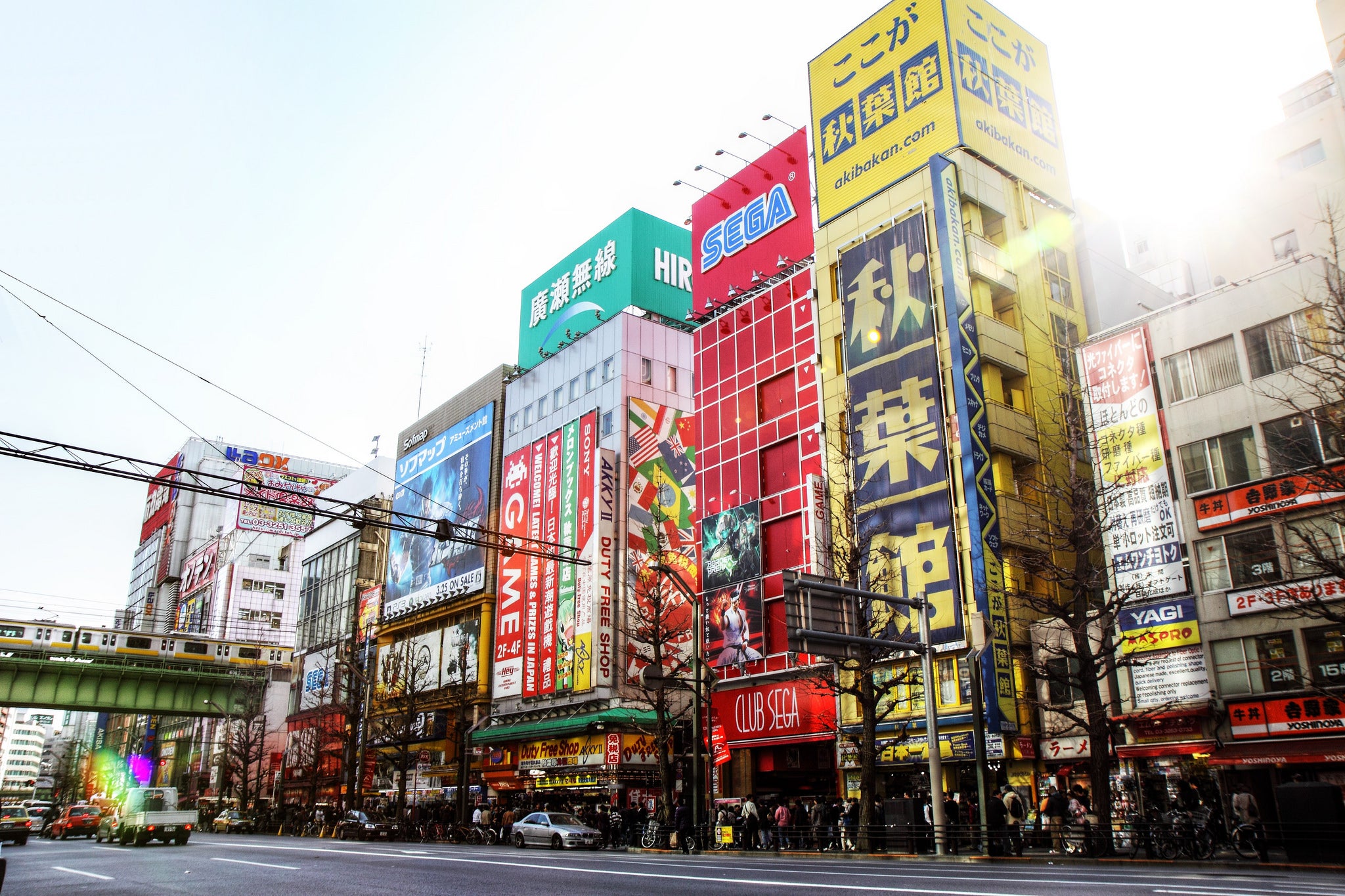 It's not only in big cities that you find arcades, but also in suburban shopping malls and rural areas. For standalone arcades, it's important to be close enough to bicycle there to make up for foot traffic (that is, if they want to survive). In Japan, shopping mall arcades tend to be different from their American counterparts of the 1980s: the modern Japanese versions are bright and airy and aimed more at families with small children. The American arcades of my youth were not.

Realise that depending on whether the arcade is located, the line-up of games might change. For example, if kids and parents mostly visit, then the games will most likely be dedicated cabinets like racing games, drumming games, or small indoor train rides — basically, amusements that are easy for anyone to enjoy. If most customers are young adults, you will probably see games that require more skill. If the customers are older, there might be more retro titles or medal games. Which brings us to...

These aren't only the trends regarding what types of games are popular, but also, trends among patrons. Since 2010, there have been reports of game centres being increasingly frequented by elderly customers. Some arcades offer their older customers blankets should they get cold, and Tokyo Gulliver, the Financial Times reports, has even lowered the sound for certain games and raised on other ones, specifically for these elderly gamers. The FT adds that the arcade has also rolled out softer chairs. This is just one example of Japanese arcades' continuing responsiveness. 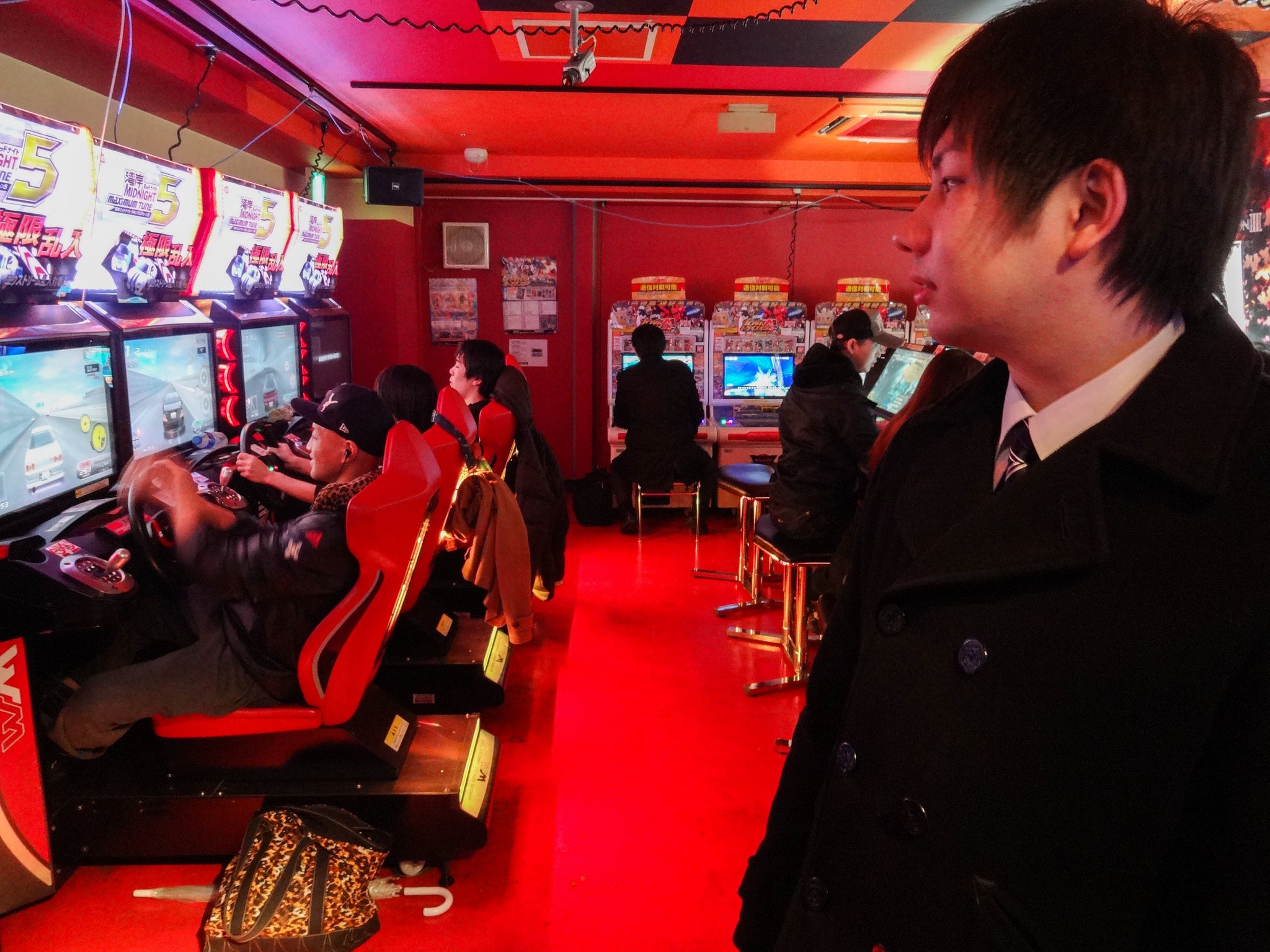 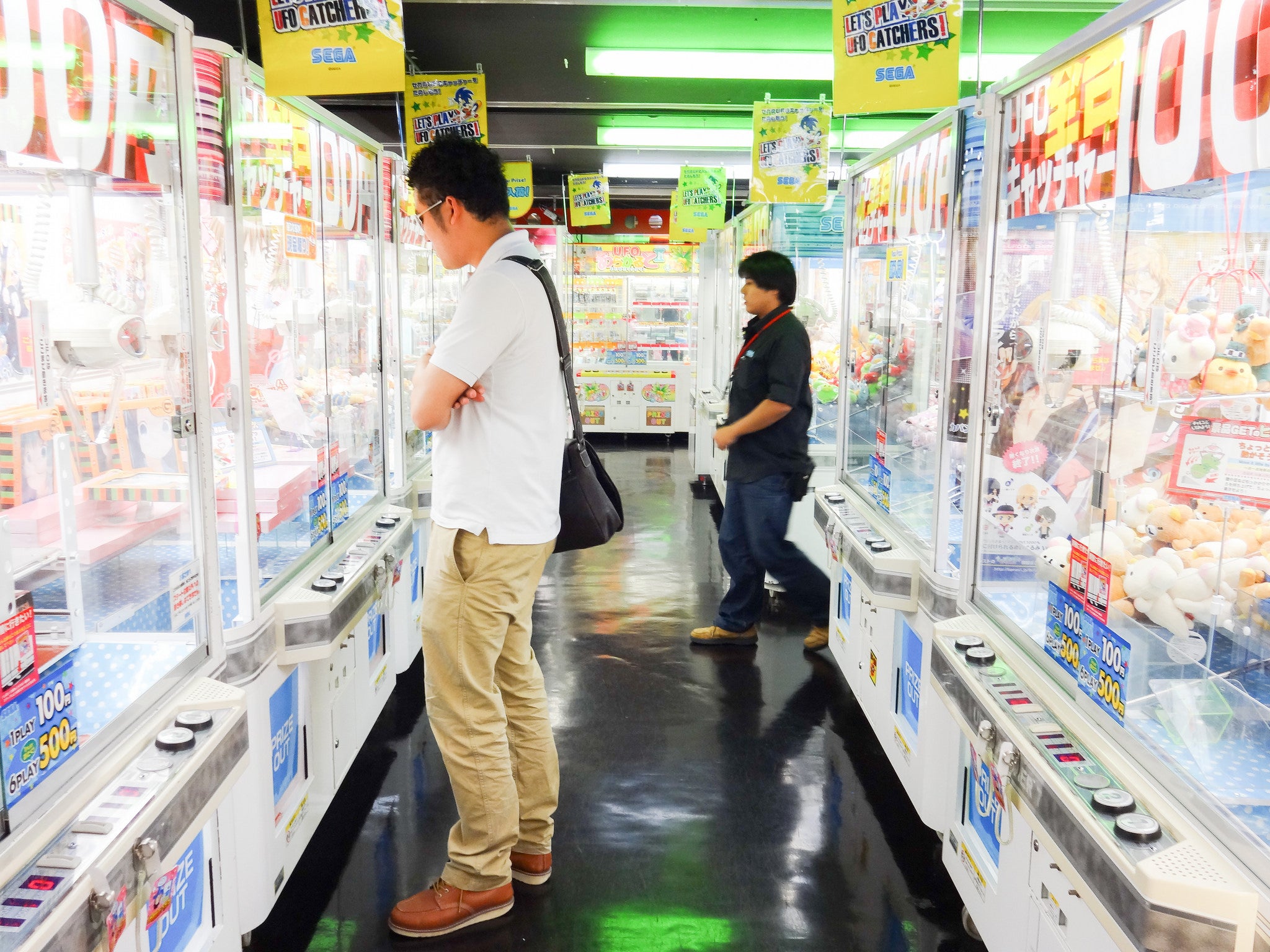 Take crane games, for example. They're a carry-over from analogue arcades, and yet another longstanding example of a unique arcade experience that is difficult, if not impossible, to replicate at home.

The desire experience partly explains the rise of card-based arcade games in which players using (and collecting) IR-chipped cards and playing them on specially designed cabinets for an interactive experience they cannot get elsewhere.

Arcades are not static. In Japan, they have changed over the years from department store rooftops of the 1960s to the game centres of today. The games have changed, too, with developers responding to the trends, decade by decade, whether that's the shooting game craze, the fighting game craze, or the music game one. 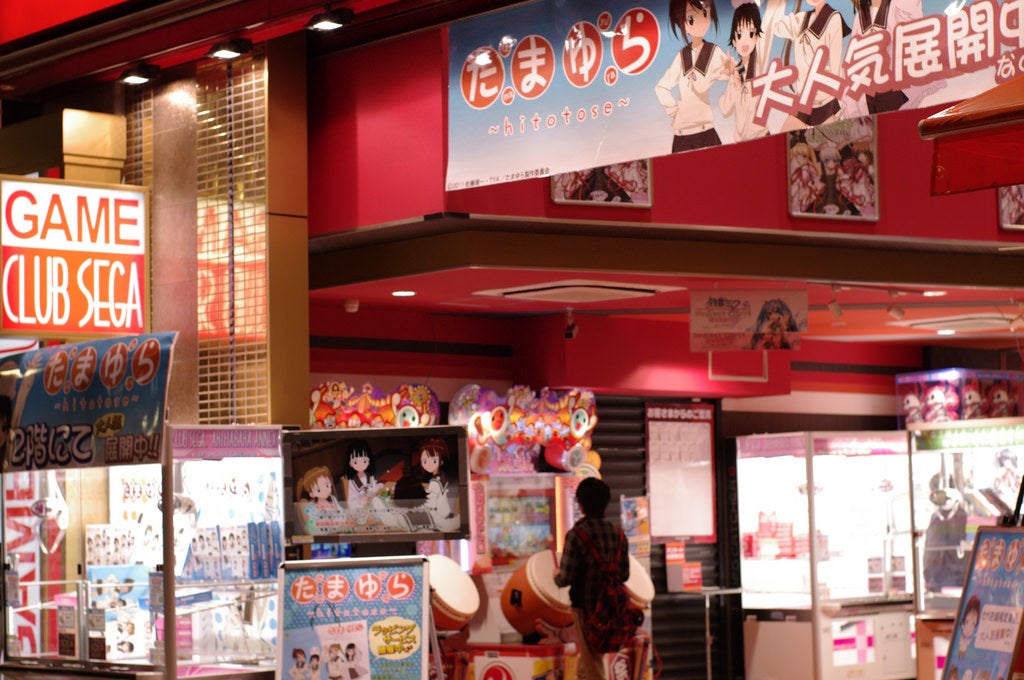 Even as business becomes tougher and tougher, the Japanese arcade makers aren't complacent, coming up with new and different ideas to not only stay relevant, but most importantly, to stay in business.

Late last month, the annual Japan Amusement Expo got underway at Chiba's Makuhari Messe, where the Tokyo Game Show is held. Taito showed off its latest deluxe train game cabinet, while Konami announced a new spin on Bomberman called Bombergirl. Even Koei Tecmo, which is better known for its console games, announced it was releasing a new VR system designed for arcades. It was exciting to see Japanese game makers continuing to back arcades.

For more, check out The Financial Times.