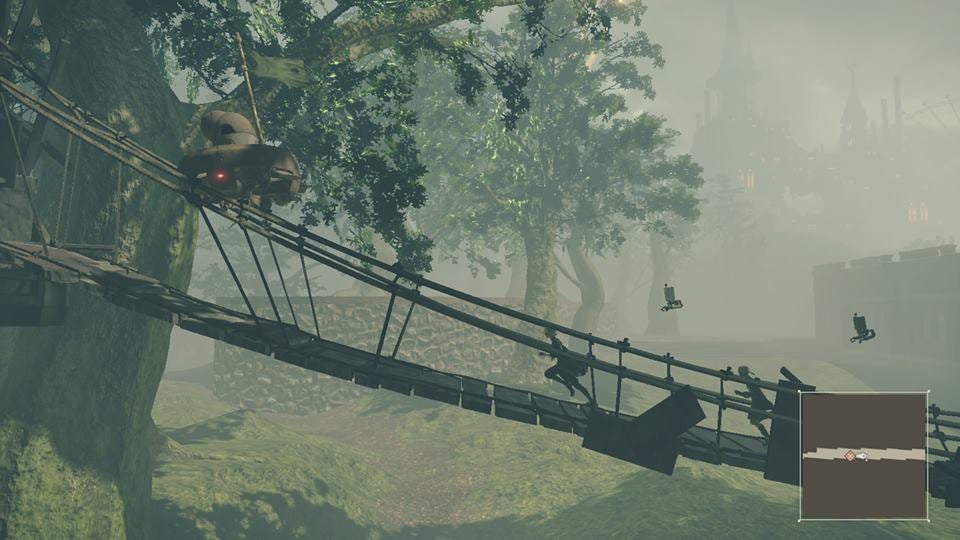 For the past couple of weeks I have been gradually playing through Nier: Automata, a video game about robot depression, and just a few nights ago I reached ending A. If I didn't know any better — and if I took Square Enix's message literally — I might just call it quits.

See, Nier: Automata has 26 endings — one for each letter of the alphabet. Many of these are joke endings, triggered by dying prematurely or walking in the wrong direction after a cut-scene. When you get ending A the first time you play, it feels very much like the real one. If you haven't already seen the internet buzzing about Nier: Automata, you might think the story is over.

And then, once the credits have rolled, you see the following message: 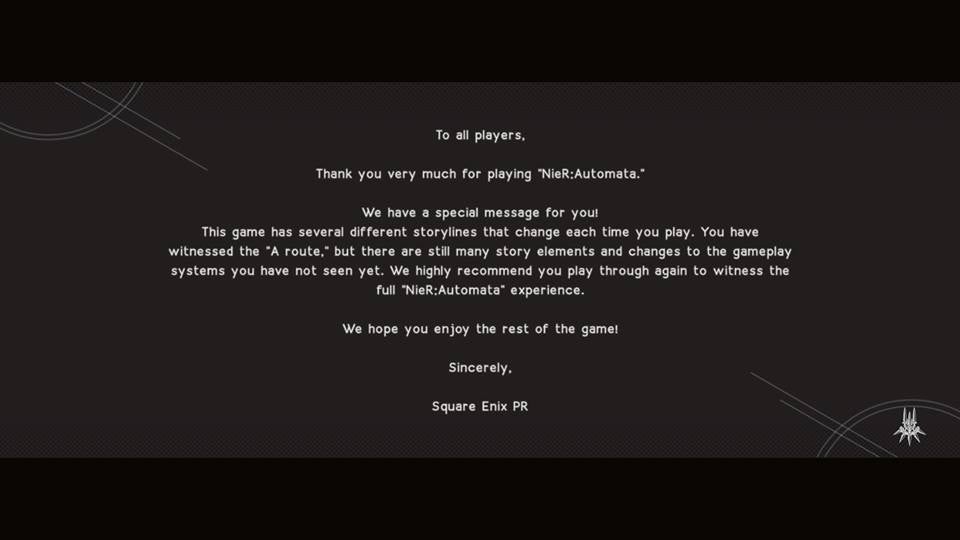 Although this message is full of good intentions, it's also wrong. When you load up your save file and start playthrough B, you'll immediately realise that you're not really "play[ing] through again" — you're continuing the story of Nier: Automata. When Square Enix PR writes that "This game has several different storylines that change each time you play", what they really mean is "To see the whole story, you need to get endings A through E." Stopping after ending A would be sort of like quitting Final Fantasy 7 after disc one.

So when Square Enix says they "highly recommend you play through again", allow us to be clearer: You haven't actually finished the game until you've gotten all five endings. Which I look forward to doing as soon as I've gotten "THIS CANNOT CONTINUE" out of my head.