The Upside Of Making A Big E3 Demo 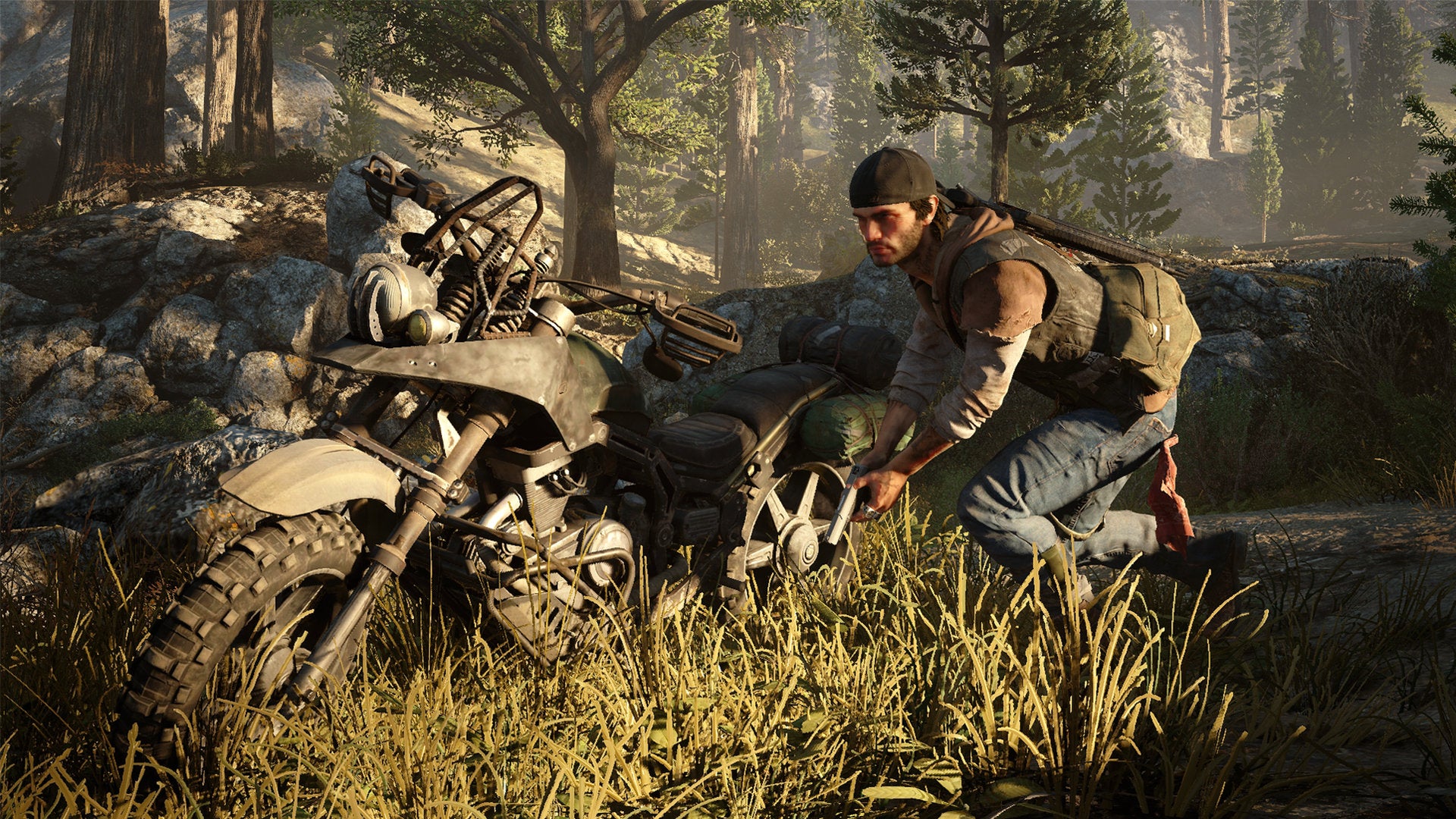 The developers of Days Gone spent nearly three months developing their big E3 demo, but it wasn't just for sizzle. The game's creative director says building the demo helped them figure out whether parts of their zombie game were actually fun to play.

Speaking on an episode of Kotaku Splitscreen during E3 last week, Days Gone creative director John Garvin talked about what it was like to make their flashy E3 demo, why their zombies are called "freakers," and how being in Portland influenced the game. You can listen to the whole episode here, or see a partial (lightly edited) transcript below.

Jason Schreier: How long does it take to make a demo like this? Because you guys showed a six, seven minute demo — a solid demo.

John Garvin: I think we first started tossing ideas around for it back in March.

Garvin: Yeah, and we did a [motion capture] shoot, and captured some stuff. One of our goals was to not do stuff specifically for the demo — we wanted to make it real. So everything we were doing was going to be part of the actual game. We were polishing stuff that hadn't been polished, and that's what took most of the time.

Schreier: What does that mean that you're polishing stuff?

Garvin: For example, if you have the ambush that you saw in the media showcase, where [protagonist] Deacon is riding down the highway and he gets hit by this wire that's strung across the road. In our early prototype version of that, that's not a scripted event, that's an ambient, dynamic event that could happen anywhere. And the more systemic something is, the rougher it looks. So we hadn't put in the camera shake and the blur effect and all of that stuff, and the way the enemies, the marauders, attack you after you're on the ground. That all was roughed in but it was just not polished.

Schreier: So you have to work on those animations and transitions —

Schreier: It's such a bizarre way of doing things, because I feel like in an ideal world you would just build things and build things and then polish. But because of the way marketing works, you have to do this.

Garvin: You know, it's really not even about the marketing. It's about the development process for the game itself. You don't want to put too much polish into an ambush event if it turns out to not be fun. So we go through this whole set of focus testing both internally and externally and then say, 'OK, this is working really well; this is the kind of thing we need to do more of.' And once we get to that stage, then we polish it. Because otherwise you're tossing work that's expensive. So we don't wanna do that.

Schreier: How long have you guys been working on this game?

Garvin: So we shipped Uncharted: Golden Abyss... that was 2012 I believe. And then we kicked around some other ideas, and it took a while to get us going, but I want to say that we really started in earnest in 2013.

Schreier: And you knew right away that you wanted to make a zombie open-world game?

Garvin: We knew right away that we wanted to make an open-world game. And we were also fans of Son of Anarchy, and we knew we wanted to tap into that somehow. An open world with a bike seemed like a cool idea. There are a lot of open-world games obviously, but in a lot of them though, the vehicles are sort of disposable. And we thought, OK, a post-apocalyptic setting, if you had a vehicle that worked really well for you and you had this background as a member of an outlaw [motorcycle club], then that might be a good combination.

Then the freakers came up because we really wanted to have the world be dangerous — that was something we wanted from the very beginning, to have a world that's 100% dangerous all the time. And we call them freakers, not zombies, because we also wanted to explore the idea that they're alive, and you could learn their habits, learn their patterns, and you could use them against marauders. So that was an idea we hadn't really seen in other games.

Schreier: Was it intentional that 'freakers' sounds so much like 'clickers' [from The Last of Us]?

Garvin: (laughs) No, not at all. We're huge fans of that game. But we really wanted to create our ecosystem, and get to the point where people would say 'Hey, clickers sounds a lot like freakers, you know that, right?'

Days Gone will be out for PS4 at some point in the undetermined future.