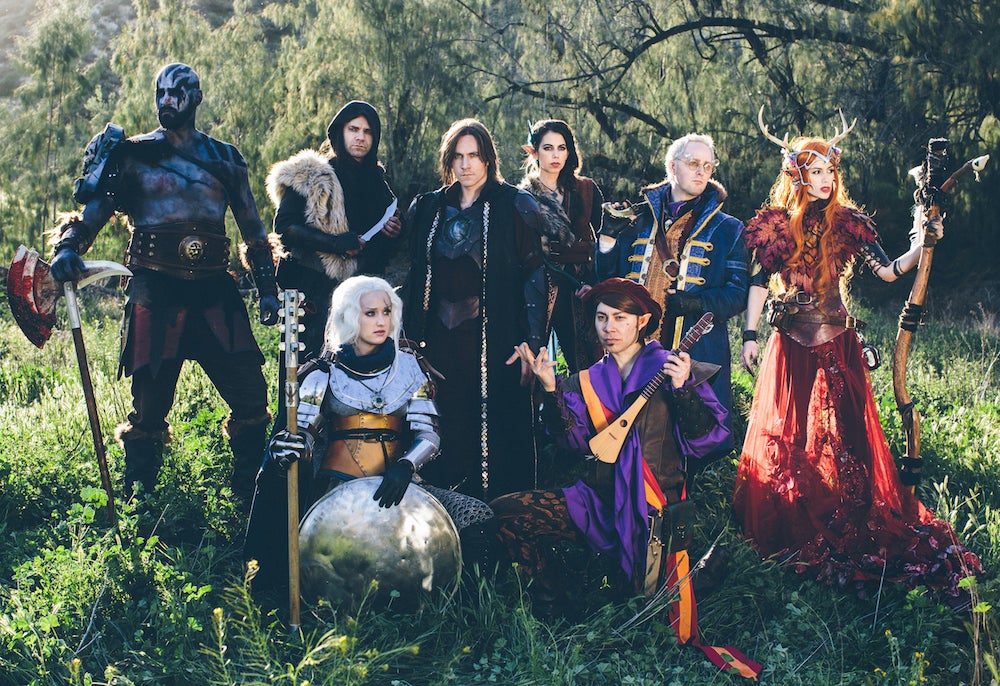 Dungeons & Dragons is no longer a basement sport. It took 40 years, but now, in 2017, Dungeons & Dragons has emerged from its cultural cavern as the video platforms Twitch and YouTube help players bring their intimate D&D games to the public realm — including Overwatch voice actor Matt Mercer, whose Twitch show Critical Role has become one of the most public D&D games ever.

"We didn't enter this space with the intent of streaming our D&D game," Mercer told me yesterday. "It was kind of an untested realm." Prior to Critical Role, the players got together once every few weeks for a D&D marathon where, Mercer says, they'd "make mimosas and wear pyjamas and play until it got dark outside, and then some". 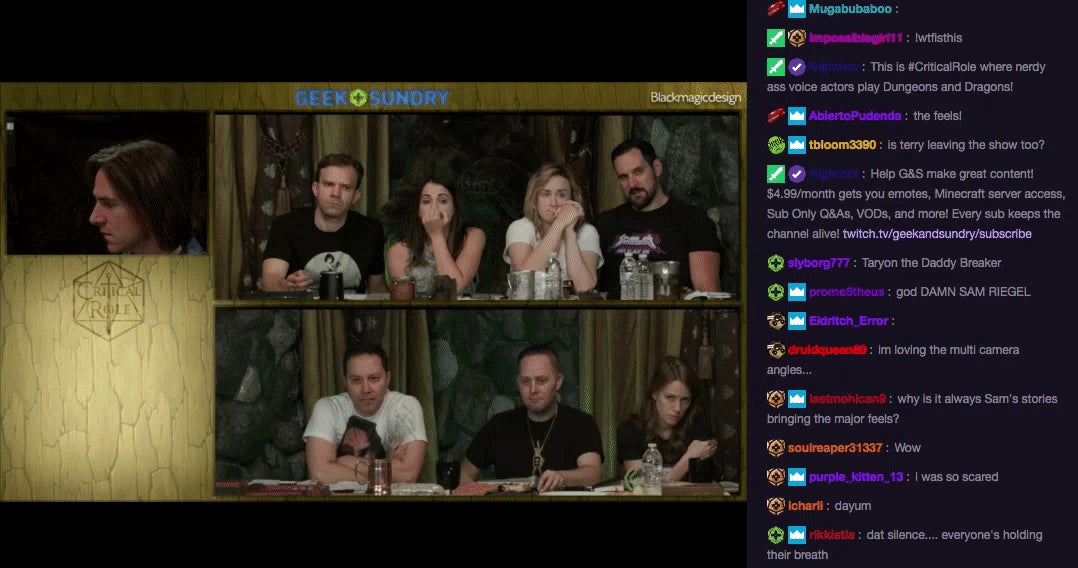 The decision to livestream their games was helped by the 2014 release of the 5th edition of D&D, which made D&D's ruleset more approachable and, therefore, watchable. Publisher Wizards of the Coast streamlined the tangled stats and dice-rolls that intimidated potential fans. Mercer calls D&D's 5th edition an "improvisational storytelling engine for the everyman". He went on to say, "This edition is the most accessible and easy for an audience to engage in. They don't have to understand the logistics of dice rolls. They don't have seven million prestige classes."

Each week for three hours, Critical Role's voice actors-slash-players role-play the hell out of their half-elves and bards in a sort of live fantasy improv. A dramatised, high-action trailer prefaces each episode, showcasing each player in their character's sword-and-sworcery garb. They use ridiculous, silly voices, which balance out serious moments of deep sincerity and moral ambiguity, like when the party's sibling half-elves struggle with their mixed racial backgrounds. As a result, those fans have drawn Critical Role players' characters, composed music for the show, written fanfiction, and, of course, penned vicious blogs when things don't go their way. Marisha Ray, who plays a half-elf druid, has occasionally had to step away from the internet when fans respond to the campaign's heavier topics. Most recently, the NPC Taryon's storyline had him questioning his sexuality. Overshadowing that was Taryon's father, who didn't approve. For some fans, and especially ones who had come out to their parents, this subplot meant a lot, but others disapproved of the topic or of players' jokes made around it. One Reddit thread about Taryon's sexuality garnered nearly 200 comments. Countless Twitch chat messages reacted as in-game conversations unfolded live.

Ray told me fan discussions get heated because plot points touch "very real-life, relatable moments that sometimes the audience doesn't agree with us on. But you can't deny it's not a part of everyday life." She embraces it: "Even if the audience gets upset or emotionally invested to the point where it's visceral, you still have to take a step back — that that's kind of incredible. It's a D&D game that moved someone that much."

Cecilia D'Anastasio 18 Feb 2020 12:30 PM
"What Dungeons and Dragons class should I play?" is the kind of question you could answer with a cursory quiz, but that would be a mistake. You owe it to yourself - and to your D&D dungeon master - to think holistically about character class, maybe the most important choice you'll make in a D&D game.