When Things Get Lit Aboard The Starship Enterprise 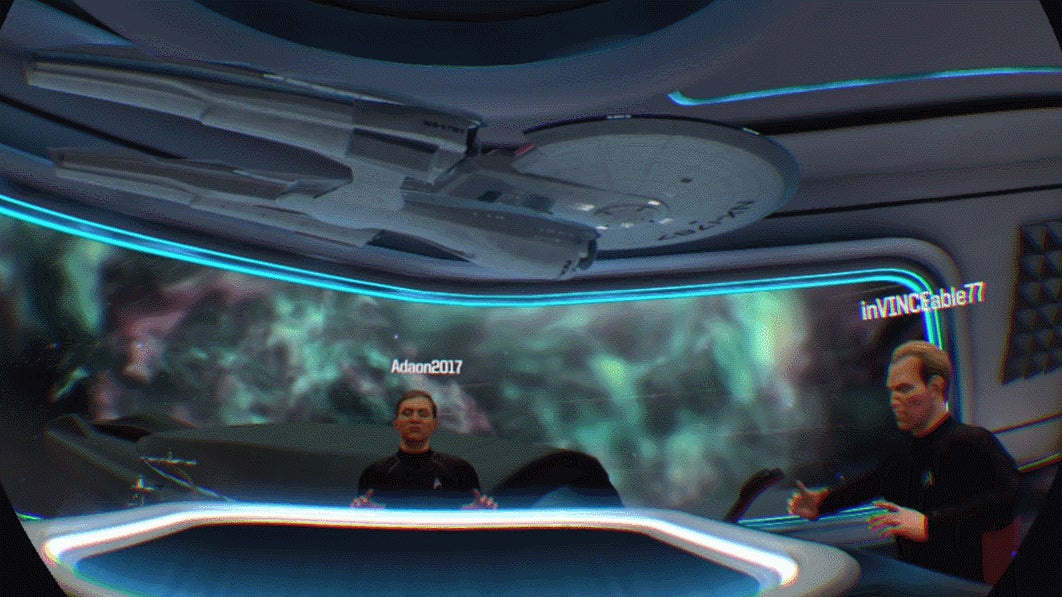 That's what inVINCEable77 started shouting at one point while sitting in an online lobby for the Star Trek: Bridge Crew VR game released last month. YouTuber Raymond Tennent recorded the entire conversation between Starfleet's best and brightest which ran almost fifteen minutes. One obvious take-away from the night might be "don't drink and VR," but honestly, who's judging?

"Stuck in a lobby with two randoms and they going crazy," Tennent wrote in the video description. Bridge Crew can be played alone or with up to three other people, and the game is able to queue players together from across different headsets (if one person has an HTC Vive and the other has PSVR, they can still play together). As a result, you never know who you might run into out there in in the serene void of space.

It's unclear what exactly led inVINCEable77 to get "turned wrong" and start going off on HazeCrusader, or whether he eventually did end up sending him some dick picks. Like the cosmos themselves, the encounter provokes more questions than answers.

The original promise of Bride Crew was to fulfil people's dreams of serving as a crew member aboard a space ship exploring the unknown, and as Kotaku's Mike Fahey explained, it gets that part exactly right. In his write-up he calls the game, "an immersive simulation that delivers an experience fans have been dreaming about for decades."

But the game's added bonus appears to be it's portrayal of online interactions rendered by a game engine sitting firmly at the bottom of the uncanny valley. Facebook, the owner of Oculus, seems to be chasing VR hangouts through the lens of Snapchat filters, with Facebook Spaces, the company's take on Second Life, looking more like Miiverse with a face-lift than true virtual reality (Facebook claims to be pursuing augmented reality rather than virtual reality specifically, although the boundary between those things continues to blur as the lists of companies' buzzwords grows).

Why hangout in Facebook Spaces though when I can sit in a conference room aboard the Starship Enterprise with lit randos whose Starfleet avatars can mimic their gestures and mouth movements with a surprising degree of likeness?

I've always been extremely sceptical about the practicality surrounding this generation of VR technology, but today, thanks to the rousing speeches of captain VINCE, I am a little less so.