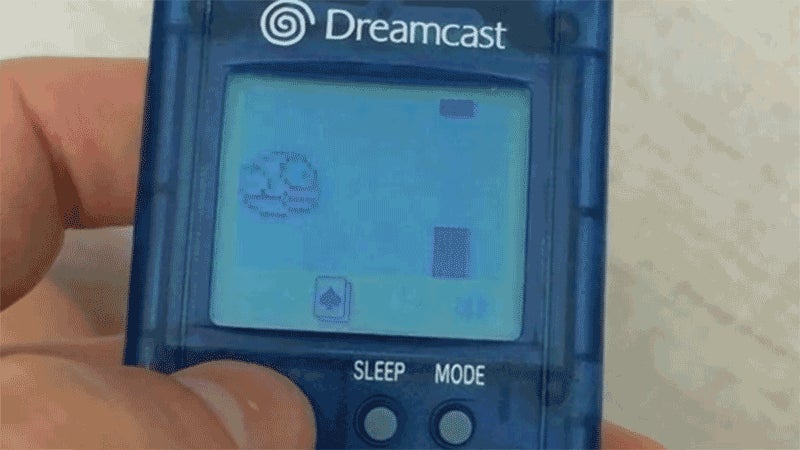 As Sega's Hail Mary pass on hardware, the Dreamcast wasn't exactly the miracle the company prayed for. But the long-dead console still has a massive fanbase, as a clever hacker who managed to port the infinitely addictive Flappy Bird to the Dreamcast's interactive memory card recently demonstrated.

The VMU, or Visual Memory Unit, was an oversized memory card that plugged into the Dreamcast's controllers to store game data, or serve as a second screen for some games using its built-in monochrome LCD display. The VMU also featured basic controls, and could be used as a portable gaming device if you refused to just buy a Game Boy.

Dmitry Grinberg's hack of the Dreamcast VMU includes developing an ARM chip emulator for the tiny, under-powered gaming device, allowing it to run the (infamously discontinued) mobile game Flappy Bird — very, very slowly. You might assume the game would be much easier running in slow motion, but the controls are equally unresponsive, as this video of Grinberg failing to get past the first obstacle demonstrates.

If it were solely up to their creators, both the Dreamcast and Flappy Bird would have likely gone the way of the dinosaurs. But fans, like life, always find a way.