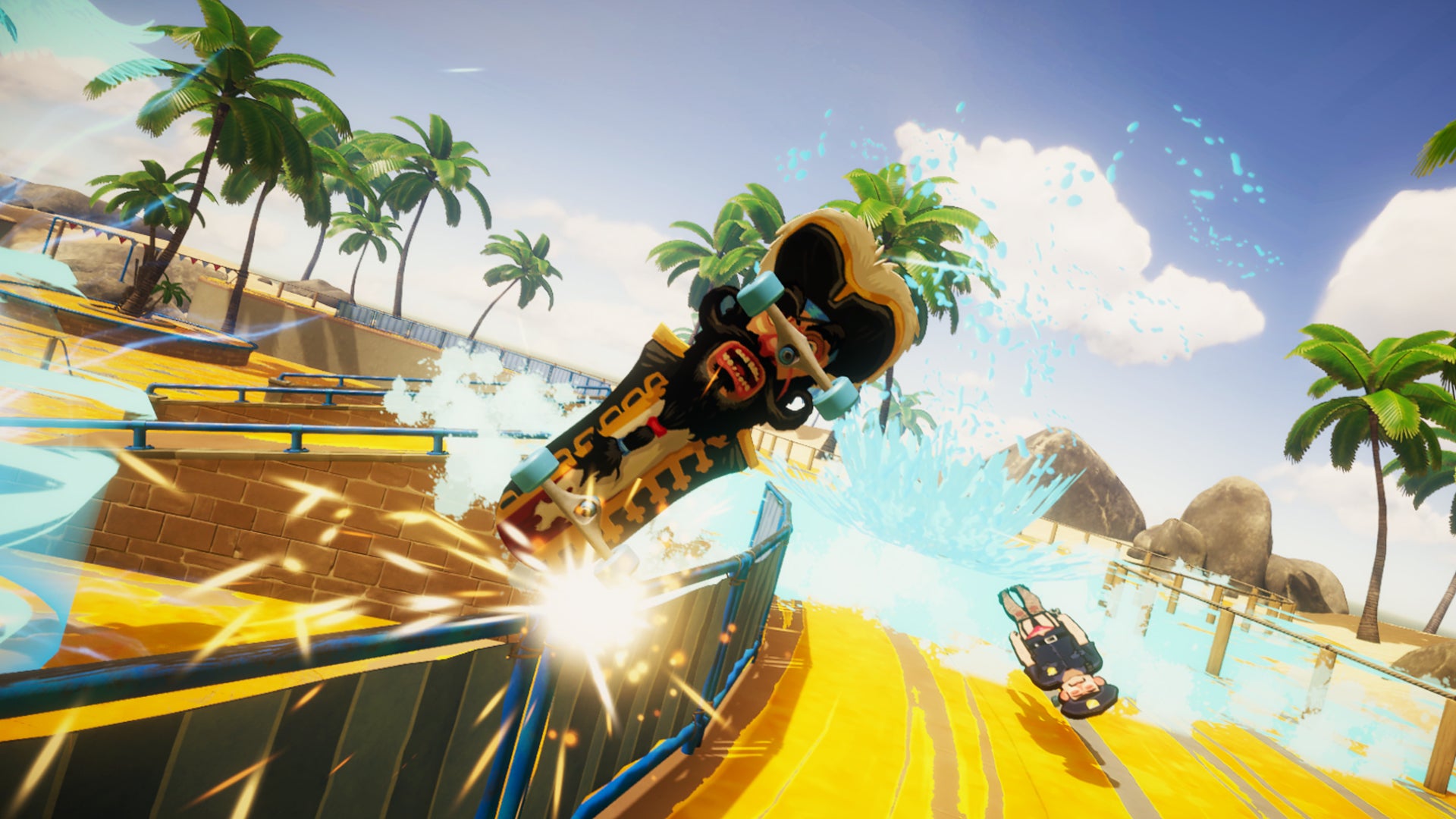 Surgeon Simulator developer Bossa describes the upcoming free week for its new game, Decksplash, as a "first of its kind" experiment.

If 100,000 people play it during that timespan, the studio says it will release the Splatoon-but-with-skateboards competitive game into Early Access. And if not? It gets the axe.

One part high-stakes gamble, one part promotional stunt, it's a bold way to test the waters. I reached out to Bossa to find out why the developer decided to take this route rather than releasing the game, which it's already invested significant time into, in a more traditional fashion.

Co-founder Henrique Olifiers explained that the decision is a response to the uncertainty that comes with creating and maintaining multiplayer communities in 2017.

"We've got to find out if we are correct in committing the team to the game for years to come," he said in an email, adding that launch day is only the beginning for modern multiplayer games.

"Say we take the game to Early Access and a few players back it with their money, but not enough to justify its continued development. What happens to those players? ... it just wouldn't work for this type of game."

So basically, better to find out now that things might not work out than to set sail on a raft of hopes and dreams, only to get eaten by sharks in a few months.

In a post on Steam, the studio added that it could just release the game to make a quick buck, but again, it doesn't want to risk kicking a dedicated community to the curb if the game doesn't get a bigger reception.

Bossa is obviously very hopeful that everything will go according to plan, but six months of weekly play sessions hosted via the game's website and social channels have left room for doubt.

The people who join them, Olifiers explained, have a good time and generally return for future sessions. Beyond that, though, the game hasn't caught on in the way Bossa hoped it would.

"We haven't managed to grow the group of players taking part in these sessions beyond a hardcore fan base," he said. "In other words, Decksplash is super popular with those playing it, but not many people have tried so far."

"This is in strong contrast with our other games like Surgeon Simulator, Worlds Adrift, I Am Bread, and Purrfect Date, which gathered interest from the get go."

The idea, then, is to make the process of obtaining the game as hassle-free as possible to find out if players "genuinely" like it. If they do, great. Decksplash development continues full-speed ahead and probably does a cool kick-flip or something. If not, well, the team at Bossa knows when to cut their losses.

"Anything else," Olifiers concluded, "would be a much bigger waste for everyone."

The free week kicks off on November 2.