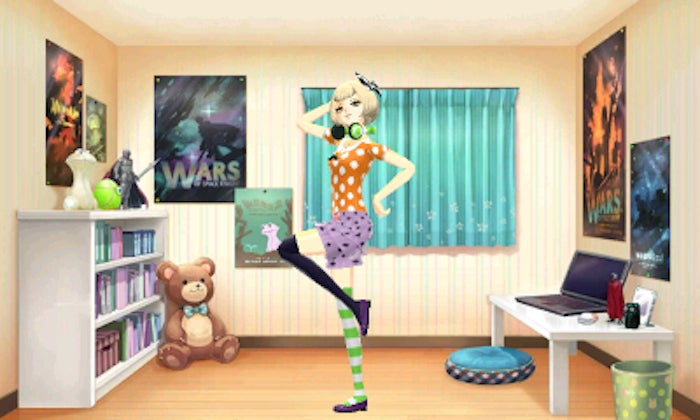 In the latest Style Boutique game, which dropped Christmas Day, you're not just a boutique owner but also a stylist who nurtures budding pop stars' hopes and dreams. One of these singers is Alinatron, a nerdy YouTuber, and she is delightful.

Style Boutique 3: Styling Star doesn't quite have YouTube — its equivalent is MewTube, where you can rewatch all the pop stars' performances. Still, early on in the game you meet a character who wants to be make videos just like YouTubers in our world. After you set her up with a new outfit, she references Alinatron, who is apparently a popular streamer and a MewTube star. 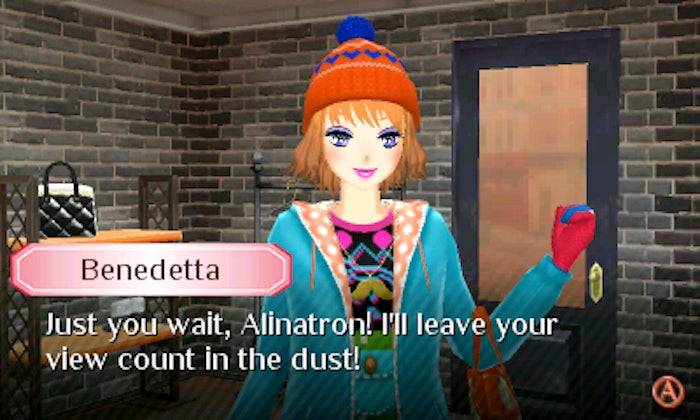 Around the same time you start seeing a mysterious blonde hovering around the pastry stall that sometimes sets up across from your boutique. It turns out that she is Alinatron, real name Alina. I had expected a Style Boutique MewTuber to have something to do with fashion or makeup, as makeup YouTubers are very popular in the real world, and I assumed Alinatron might be some glamorous aspiring singer. Alina isn't like that. She's weird and caustic. As she explain to Michel, a pun-loving bread seller, she buys seven baguettes every week and eats one a day. She also really, really hates corny jokes. For example, when Alinatron meets Michel, he makes the same joke he makes to you when you first see him. "Are you new around here?" he says. "Because I never baguette a face." This is Alina's response: 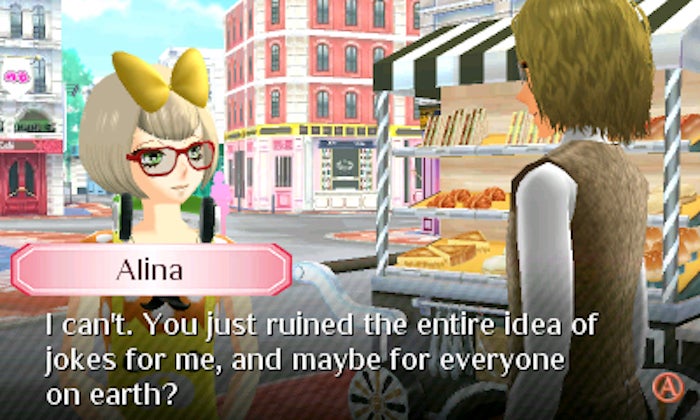 You'll see Alina on and off whenever the pastry stall is in town, where she trades barbs with Michel. It turns out she's a bit of a nerd and is obsessed with an in-game show called Wars. It has a long subtitle which Alina can recite on command, but as she tells you, everyone just calls it Wars. When you finally get to see what her MewTube channel actually is, you learn that she sings and dances along to songs from Wars in her bedroom, which is decked out with Wars posters. 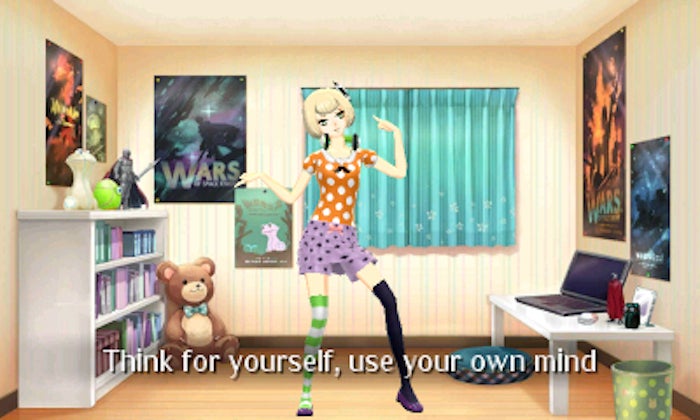 Wars is definitely not Star Wars, everyone.

Shortly after this, Alina is signed to the local music label, and I couldn't be happier. I cannot wait to see what kind of wacky song she'll debut with, and I'm so ready to give her an outfit for her performance.