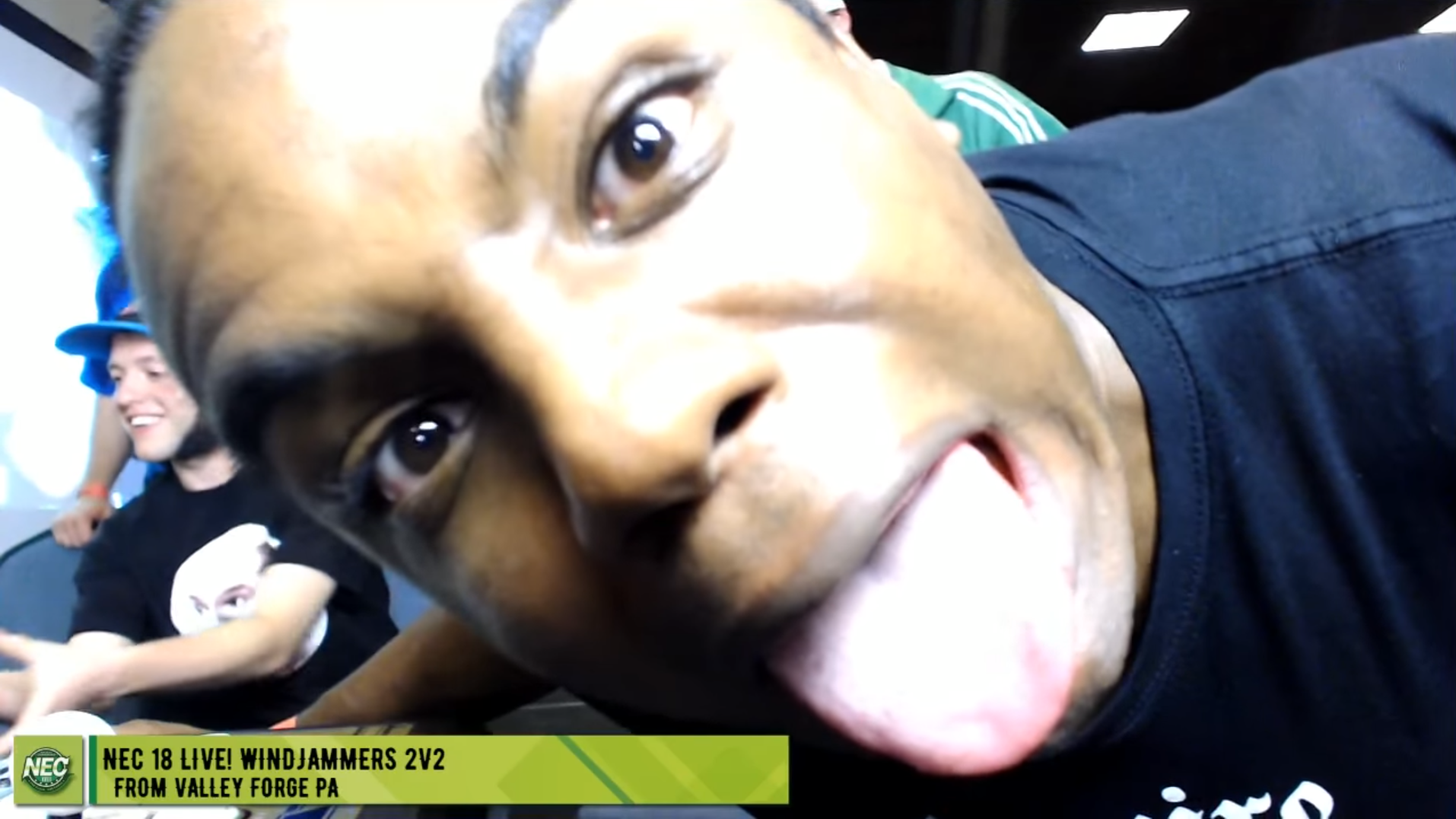 Xavier Woods and his New Day WWE tag team may have failed to regain the tag titles in the squared circle at last weekend's Clash of Champions, but Woods fared much better a few days before in some 2-on-2 Windjammers competition.

The WWE star hopped in the Northeast Championship fighting game tournament, and with his trademark hype levels, he decimated the playing field alongside the world's most skilled digital disc-thrower.

Woods has been a longtime proponent of both Windjammers and the fighting game community.

The Clash of Champions was in Boston on Sunday, and he made it to suburban Philadelphia two days before for some Windjammers.

Windjammers — fast-paced air hockey, more or less — secretly might be the best sports game of all time. It combines the thrill of general athleticism with tight controls and gameplay systems that appear simplistic but open up in complexity as players become more experienced. Due to its arcade origins, the Data East release has long found itself adjacent to fighting game competition, and a recent PlayStation 4 port has helped improve its accessibility.

In addition to brackets for games like Street Fighter V, Tekken 7, and Guilty Gear Xrd, Northeast Championship acted as the first stop on the newly unveiled Flying Power League, a circuit dedicated entirely to Windjammers competition.

And the professional wrestler certainly came prepared. Flanked by the premier Windjammers player, a Frenchman named Kevin "Keikun" Creff, Woods immediately became a favourite to win the entire doubles competition. But he didn't just draft off Keikun; Woods pulled his weight, much like he did behind Kofi Kingston and Big E on Smackdown Live.

He proved more than enough to defeat opponents in the early portions of the bracket, only having to step aside when he was finally vanquished closer to the finals.

Woods made sure to remain in the opposing competitors' heads even when Keikun took over, routinely making faces at the camera and pumping up his teammate with encouraging trash talk. As the best player in the world, Keikun so thoroughly decimated the opposition that at points he looked to be playing an entirely different game, deftly manoeuvring around the court and scoring goals with ease.

The duo coasted to the gold. In a post-tournament promo, Woods claimed Northeast Championship as their turf, wishing luck to everyone competing against Keikun in the singles tournament later that weekend.

His appearance added a layer of hype to an already exciting day of competition, which also saw the muscleman play some Dance Dance Revolution in heavy boots and hand out a few beatings in Tekken 7.

Woods might be a face in the ring, but the Windjammers community, at least for a few hours, was taken over by a lovably goofy (and surprisingly competent) heel.