A Viewer's Guide To Overwatch League 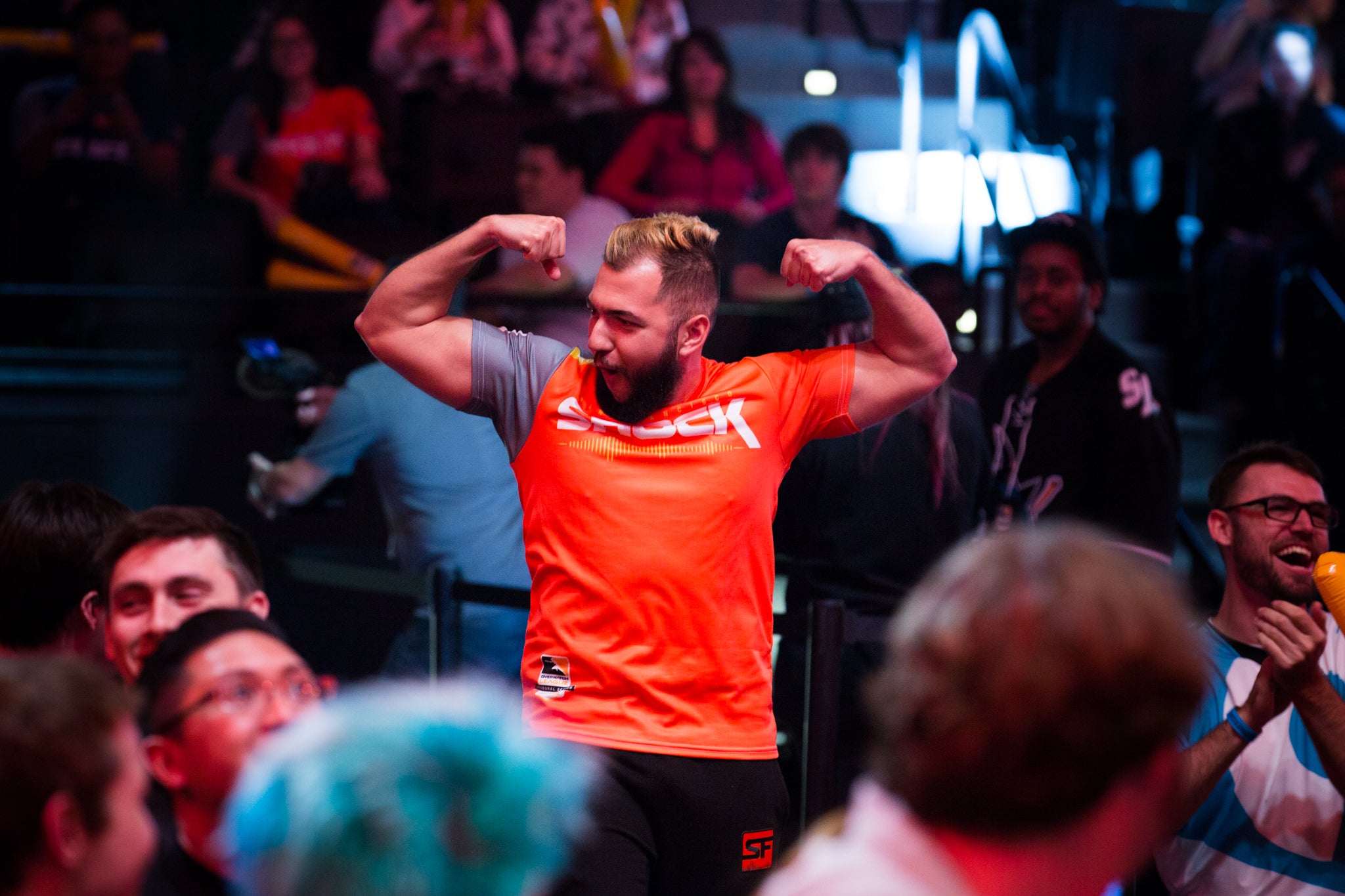 Overwatch League kicks off tomorrow in the Blizzard Arena in Burbank, CA with a trio of matches starting at 11AM AEDT. Blizzard will broadcast the league's games via both Twitch and Major League Gaming. Preseason matches only broadcasted on MLG, which had the dubious benefit of no available viewership statistics. Now that the debut season will be on Twitch as well, we'll get a sense of who's actually watching. In-person tickets for the first day of the season sold out on Monday, but the entire rest of the season still has seats available.

The Blizzard Arena will host three matches per day every Thursday, Friday, Saturday and Sunday until June 17. Match times vary from day to day, and OverwatchLeague.com has the full schedule.

The league's debut season will only host matches in the LA arena, with a plan that future seasons will expand to home and away games in other cities. Until then, the Overwatch League's location-based team titles have little to do with their hometowns, except when it comes to who holds their pursestrings. For example, New England Patriots owner Robert Kraft owns the Boston Uprising Overwatch team, and New York Mets COO Jeff Wilpon owns the New York Excelsior.

While some Overwatch League teams have owners and investors that hail from the world of traditional sports, with the San Francisco Shock boasting bankrollers such as Shaq and Marshawn Lynch, other teams will be under the watchful eye of esports organisations, such as Immortals and Cloud9, who own the LA Valiant and London Spitfire teams, respectively.

These teams will compete for Overwatch dominance but also for marketing and branding power. The few sources of income for teams, according to Blizzard, come from the sale of "league-affiliated fan items" and "amateur events in their home territory". Will esports mainstays or traditional sports owners be better at playing that game? We shall see.

Overwatch League's preseason gave us a glimpse at how each of these teams will perform when it counts. Let's run down the 12 teams and their major players. All times AEDT.

First Match: Thursday, January 11, 11AM Owners: Andy Miller, NRG Esports chairman and co-owner, Sacramento Kings co-owner. Plus, investments from investors including Shaq, Marshawn Lynch and J.Lo. What to know: Overwatch League player salaries start at $US50,000 ($63,918), but the SF Shock's star DPS player Jay "sinatraa" Won negotiated a much higher paycheck than that. ESPN reported the 17-year-old pro will be taking in $US150,000 ($190,990), but he can't play in the league until he turns 18 this March. Even without their star DPS player, the Shock played better than expected during preseason. The team's nine-man roster is dominated by DPS players, which means that the roster will be easy to fill in until Jay Won comes of age.

First Match: Thursday, January 11, 11AM Owners: Immortals, an esports organisation that went all in on Blizzard's Overwatch League, only to then get the cold shoulder from Riot Games. Immortals' 22-year-old CEO Noah Whinston told Venture Beat he hopes to "kick some ass on Robert Kraft" and plans to "deal out some tough blows to the traditional sports owners". What to know: The LA Valiant had a good preseason, including a win against the LA Gladiators (yes, Los Angeles has two Overwatch League teams, for some reason) as well as a win against the San Francisco Shock, the team they will face again on opening day. This time, the Valiant will have star DPS player Brady "Agilities" Girardi, who just turned 18 in December. By the way, the other LA team is owned by Stan Kroenke, so the LA residents who'd prefer to root against traditional sports billionaires should make sure to raise a flag for the Valiant rather than the Gladiators.

First match: Thursday, January 11, 1PM Owners: NetEase, a Chinese internet tech company. What to know: Shanghai Dragons have a stacked roster of talented Chinese players, three of whom appeared in the top eight in the Overwatch World Cup this past year. But the team fell flat during preseason, and its future seems a little rocky: Their coach recently got fined for account sharing, as well as for communicating with other Overwatch pro players without getting permission from management.

First Match: Thursday, January 11, 1PM Owners: Stan and Josh Kroenke, owners of Arsenal, the LA Rams and so much more. What to know: LA Gladiators' roster has a couple of notable standouts, such as Lane "Surefour" Roberts, who helped bring Canada's Overwatch World Cup team to grand finals. There's also Aaron "Bischu" Kim, notable for playing pro in a totally different esport, League of Legends. Surefour's sharp shooting should help elevate the team up from the middle of the pack, but Surefour's also known for his hotheaded personality, such as in this post-match interview last year during which he claimed to have "played fine personally", unlike the rest of his team. Way to be a cliche DPS player, guy.

First Match: Thursday, January 11, 3PM Owners: Team EnVyUs, plus millions of investments from oil and energy magnate Kenneth Hersh, hence the "Fuel" team name. What to know: The Fuel have a stacked roster with a tendency for drama. DPS player Félix "xQc" Lengyel got hit with a week-long suspension from Blizzard thanks to some false reports he filed to troll people during a live Twitch broadcast. There's also Timo "Taimou" Kettunen, who got fined for making a "lewd comment" about an interviewer, and who also appeared in a video (now removed) doing a dramatic reading of the leaked horny DMs of one of his esports rivals. Despite those two, the roster EnVyUs has collected was strong enough to attract the attention of Brandon "Seagull" Larned, former Team Fortress 2 pro and popular Twitch streamer. Seagull claimed he got multiple offers and chose the Dallas Fuel.

First Match: Thursday, January 11, 3PM Owners: KSV eSports. What to know: The Seoul team is made up of the players from Lunatic-Hai, three of whom appeared on the winning Overwatch World Cup team, taking home the trophy for South Korea. Lunatic-Hai has become renowned as the best Overwatch team in the world, with multiple first-place finishes at APEX. They were the only team to win three times during their preseason round. Good luck to everybody else!

First Match: Friday, January 12, 9AM Owners: Cloud9, an American esports organisation based in LA. What to know: Spitfire epitomises the ridiculousness of Overwatch League's location-based branding, with owners based in California, a team name that claims to be from London, and a roster comprised entirely of South Korean players. The roster mashes together players from GC Busan and KongDoo Panthera, the latter of which has been one of Overwatch's most successful lineups, particularly in APEX Season 3. If these two teams can figure out how to recombine their two lineups into new alignments, Spitfire could end up being the team that gives the Dynasty a real challenge this season.

First Match: Friday, January 12, 9AM Owners: Misfits Gaming, a British esports organisation. What to know: In yet another confusing location jamboree, this Florida-based team is owned by Brits and has a mostly Swedish roster. With only six pros signed, they're the smallest team in the league, and in preseason, it didn't seem like these guys could keep up. Most of the players appeared on Sweden's Overwatch World Cup team, where they made it through the semifinals but got knocked out in the quarterfinals. Put them squarely in the "scrappy underdogs" category.

First Match: Friday, January 12, 11AM Owners: Comcast. What to know: The Philly Fusion was the only team that had to bail completely on Overwatch League preseason. They pulled out at the last second, probably due to visa troubles. What's more, the team's tank player, Su-min "Sado" Kim, recently got a suspension for boosting, which is when a player levels up other people's Overwatch accounts in exchange for cash. Philly has a decent roster, but we haven't seen them play together yet, so we have no idea how good they are right now.

First Match: Friday, January 12, 11AM Owners: OpTic Gaming. What to know: With Jacob "JAKE" Lyon, Matt "coolmatt" Iorio and Shane "Rawkus" Flaherty all hailing from the USA's Overwatch World Cup team, the Houston Outlaws are setting themselves up as the all-American Overwatch team this year. South Korea's team eliminated the USA during the World Cup, so the narrative has already been set up for any showdown between the Outlaws and Seoul Dynasty. The Dynasty and the Fuel already beat the Outlaws during preseason, though, so these players have their work cut out for them.

First Match: Friday, January 12, 1PM Owners: Robert Kraft, New England Patriots owner. What to know: The Uprising has the opposite of the blueblood pedigree of its NFL parent. With a roster full of second-stringers and young unknowns, the Uprising came into preseason surprising everyone by not being that bad. The team managed to beat the Shanghai Dragons 3-2, and lost 3-1 to their natural rivals in New York Excelsior. Unlike most of the other teams, Boston has four support players, which should serve them well given how much of the current meta relies on multiple supports, with someone always on Mercy… although, that could change at any time.

First Match: Friday, January 12, 1PM Owners: Jeff Wilpon New York Mets COO. What to know: New York already had to play Boston during preseason, and they will open the regular season against each other. Unlike the Krafts, the Wilpons decided to go the route of only drafting South Korean Overwatch players, including most of the members of the team LW Blue. The team also signed Yeon-oh "Fl0w3R" Hwang, yet another player too young to compete yet; he won't turn 18 until May, most of the way through the first season. He'll be worth the wait, as shown by his versatility with multiple characters during Overwatch World Cup. In the preseason, they beat Boston and lost to Seoul.

All the money on the line

Overwatch League has an impressive $US3.5 million ($4.5 million) prize pool, with $US1 million ($1.3 million) of that earmarked for the first-place team in the grand finals. Teams also win prizes for stage title matches (first place gets $US100,000 [$127,327]), as well as bonuses for regular season placement (first prize is $US300,000 [$381,981]). Where's all that money coming from, again? In-person ticket sales, advertising and merchandise, including in-game skins, which will debut today. It seems unlikely that Blizzard will break even on Overwatch League during its first year, or even its second or third year, given that it took Riot Games five years to break even on their North American League of Legends franchise. Blizzard has pulled together a league for a game that's only been out since May 2016 and still struggles with viewership numbers.

Whether Overwatch League turns out to be the smartest gamble ever made, or just a fun way to watch rich people lose millions on the nebulous promise of esports, it will make for a nail-biting watch. Well, more of a nail-biter for the people who actually invested in it. We will be on the ground in the Blizzard Arena for opening day, trying to figure out the billionaires who invested and the millennials who are attending.