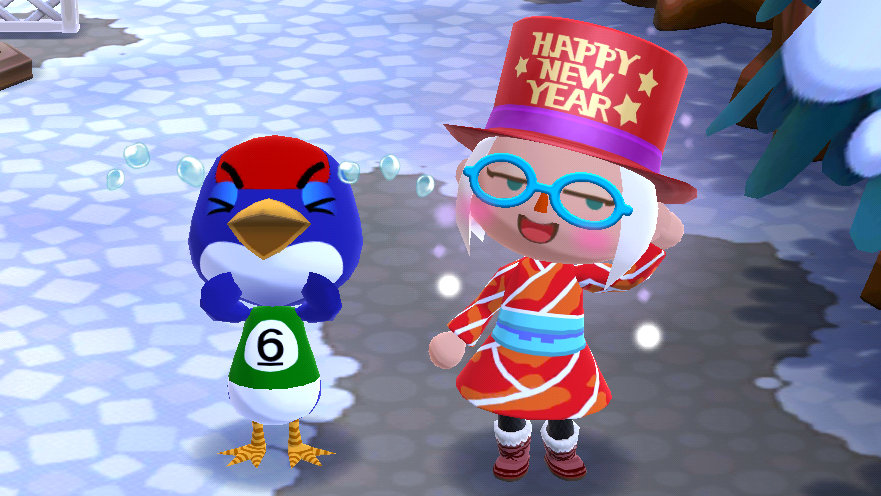 A month ago, I proclaimed that Nintendo's Animal Crossing mobile game lacked heart and soul. Repetitive dialogue, rote gameplay and the sleazy undertone of it all - Pocket Camp dilutes the series' charm. But it's confession time: I'm here today to partially eat my words.

Images via screenshot and via the in-game photo mode.

Since its late November worldwide release in 2017, Pocket Camp, a new entry in the life-simulator Animal Crossing series, has had me in its grips. Addictive gameplay does not necessarily translate into fun, and that's largely been my experience. In this game, one of the main objectives is to complete requests for visiting animals in order to level up relationships with them. Doing so nets players crafting materials for use in building furniture to decorate your campsite and camper, and for building and upgrading larger campground amenities (such as a treehouse for example), as well as a chance to invite animals to stay at your campsite.

I found myself routinely checking my phone on the game's three hour reset cycle. New animals would appear with a batch of requests, and I would maximise my fruit collection (the trees also reproduce fruit every three hours once harvested) to meet the animals' demands. I fished many squids out of the ocean. I'd catch whichever bugs they wanted, and watch the same cut-scenes the game often features upon completion of these various tasks. Thanks to these, I now know the proper etiquette in bug handling involves singing and a tambourine. Painting portraits of them while they squirm around in their holding pens is also acceptable. 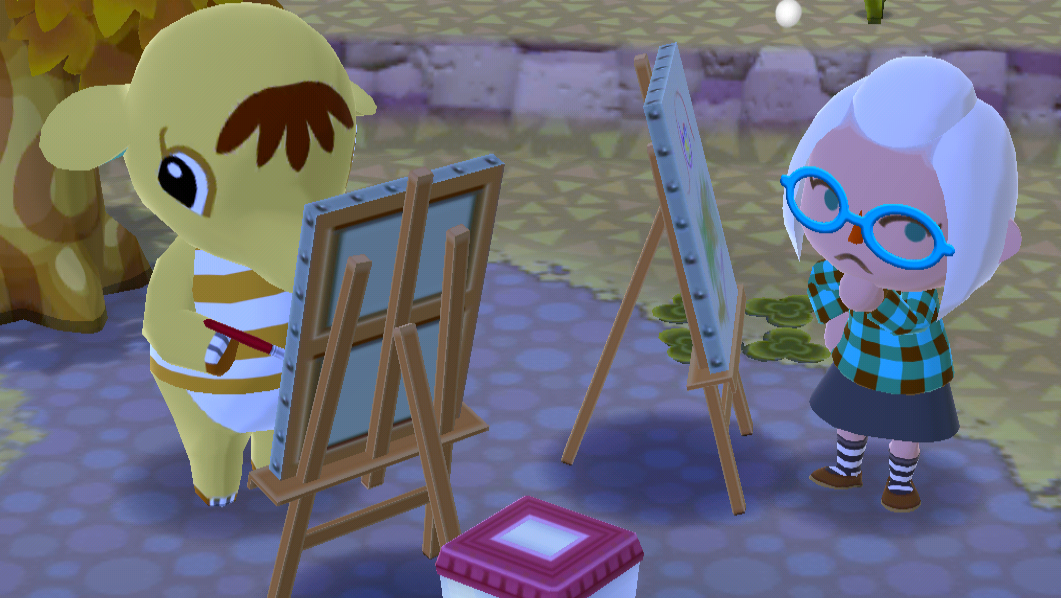 If you look closely at my canvas, you'll see I have no idea what a bug even is.

My newly found knowledge in bug care aside, I became efficient at levelling up animals' friendships and my character's level. It's relatively easy to accomplish as raising relationships with animals is a forgiving, quick process during the early stages of friendship building.

Whenever my character leveled up, a new set of furniture unlocked, along with a new animal from the Animal Crossing universe. This became my driving force to keep mindlessly tapping away at my screen every few hours. When I hit level 37, my motivational tool vanished: Pocket Camp no longer introduced new animals.

Before I reached level 37, Pocket Camp began an event which introduced a new group of animals that would visit every players' campgrounds. It was not tied to character level building. In recent weeks, Nintendo has done another similar event. At the time, I was bummed that I couldn't unlock new animals when my character levelled up, especially since Roscoe was, and currently still is, the only horse available to befriend. I'm not particularly fond of horses but he's straight-up demonic-looking. 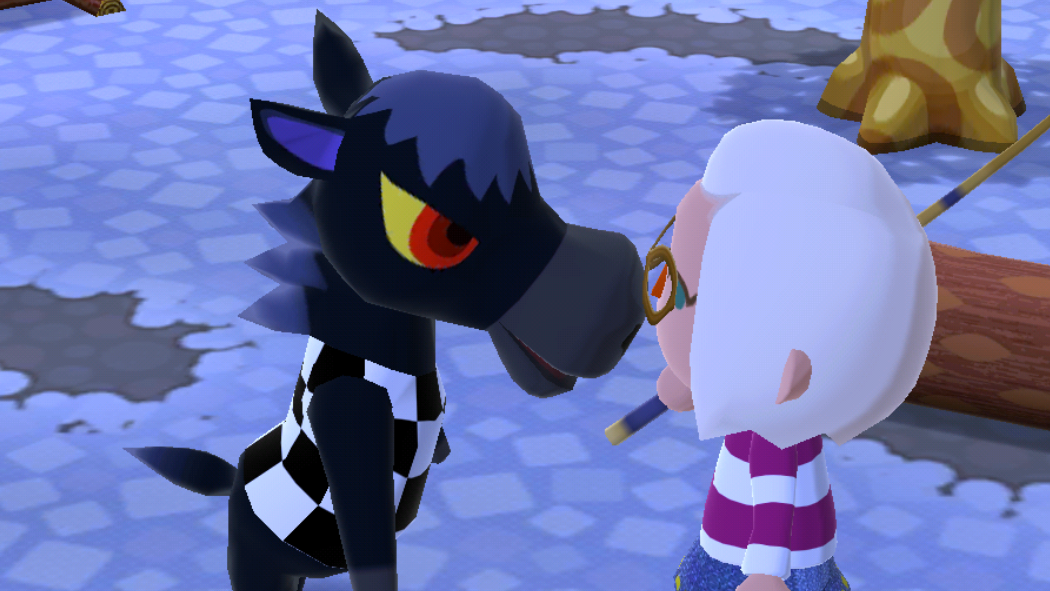 I am really just hopeful for an appearance by my former Animal Crossing: New Leaf nosy, hipster neighbour, Colton.

Despite this, I kept playing. At the end of November, a special holiday-themed furniture and clothing event kicked off, and I gave myself another reason to be invested. It was a grindy mess that involved collecting candy canes - a limited crafting resource rewarded for completing animals' requests. I managed to craft every special furniture piece, days in advance of the event's end. Throughout all this self-loathing and confusion as to why I was still logging in to a game that is just about everything Animal Crossing is not, I had a revelation.

In Pocket Camp, your friend list can be populated by sharing friend codes to people of your choosing. Players can also meet, and send friend requests to others from around the world, as these strangers' avatars pop up in certain areas of the game. You can also visit their campsites and barge into their campers and give them kudos on jobs well-done. Or even if you just wanted to give them kudos for a job not-so-well done, you could do that too. Style is a subjective thing.

Having as many friends as possible helps with one of Pocket Camp's features. There's a quarry in the game where, as with the resets for fruit collection and animal visitation, rare crafting items become available as rewards in a mining mini-game. While the items reset every three hours, entering the quarry is a once-daily event. Unlocking it is done by requesting help from at least five players in your friend list (and hoping they agree to assist).

Technically, nothing is done just out of the kindness of strangers as all actions are reward-based. Sometimes, giving kudos is built into daily timed events that will net players friendship powder, which is an item used for crafting. Helping unlock another player's quarry will earn helpers a small monetary reward. But rallying "friends" to get them to unlock the quarry is still good-natured, I feel, even if it's beneficial for everyone involved to simply click the "Lend A Hand" button. There's something awesome to watching notifications pop-up from strangers and friends requesting frenzied help to unlock that quarry.

There are similar lovely sentiments for two of Pocket Camp's other features. The first is the market box, where players can list items for sale for purchase by others. This feature is particularly helpful when fruit, fish, bug and seashell resources are exhausted, and players set prices of these items at a discount as I tend to do. 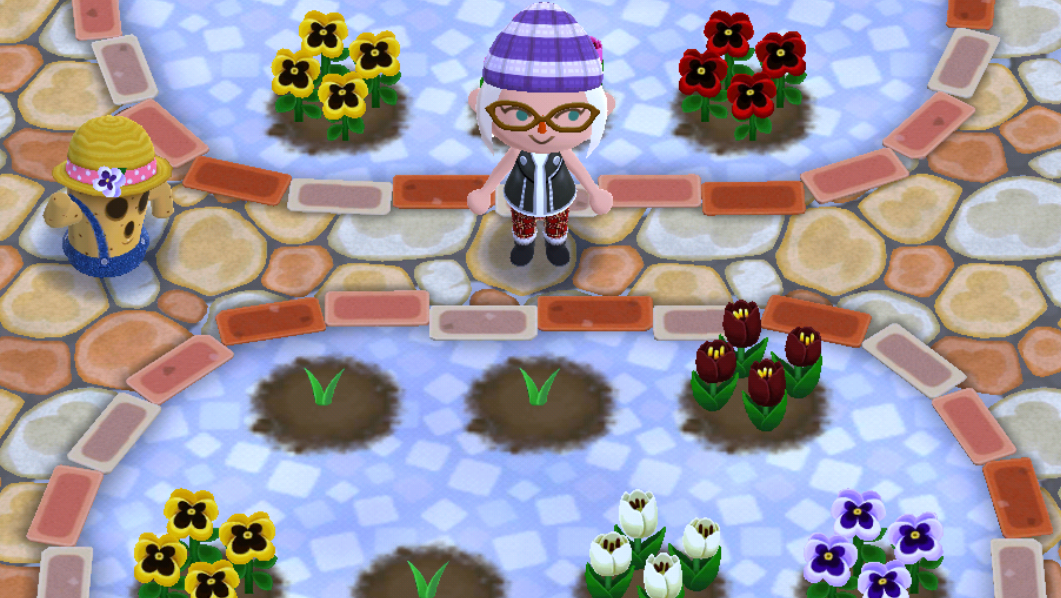 Pocket Camp's flower garden commits a crime against the spirit of the Animal Crossing series in its insistence to micromanage all the details. No longer is it left to the whimsy of nature and pleasant surprises to find a rare flower blooming in your town after doing the bare minimum of planting and watering flowers. Pocket Camp created a mini-game to plant seeds, water blooms, cross-pollinate flowers, harvest them, collect seeds, then rinse and repeat. Like everything else in this mobile Animal Crossing, I've found it equal parts addictive and tedious. But it's something else, too.

Four of my friends, actual people I know who are not strangers occupying my Pocket Camp friend list, have been playing as well. And I can't tell you how sweet it is to see that my friend, Kate, visited and watered my garden in my absence. I also can't tell you how fun it is to trade screenshots, along with made-up stories about our visiting animals, with my other friend, Jose. I'm reminded of our days playing 2013's New Leaf together, where we spent an entire summer barging into each others' towns to water each others' shoes (and running away frantically) or sitting on a bench overlooking a cliff, trading yawn emoticons the game provided.

The flower garden, market box and quarry have built a very small community-driven experience for me. It isn't necessarily wholly rewarding as the multiplayer aspect of New Leaf. But it manages to coax a smile out of me knowing my friends and strangers are out there working to tend to my garden, assisting to secure much needed items, and helping unlock my quarry. In doing so, their actions are keeping my interest in Pocket Camp piqued for just a little bit longer. 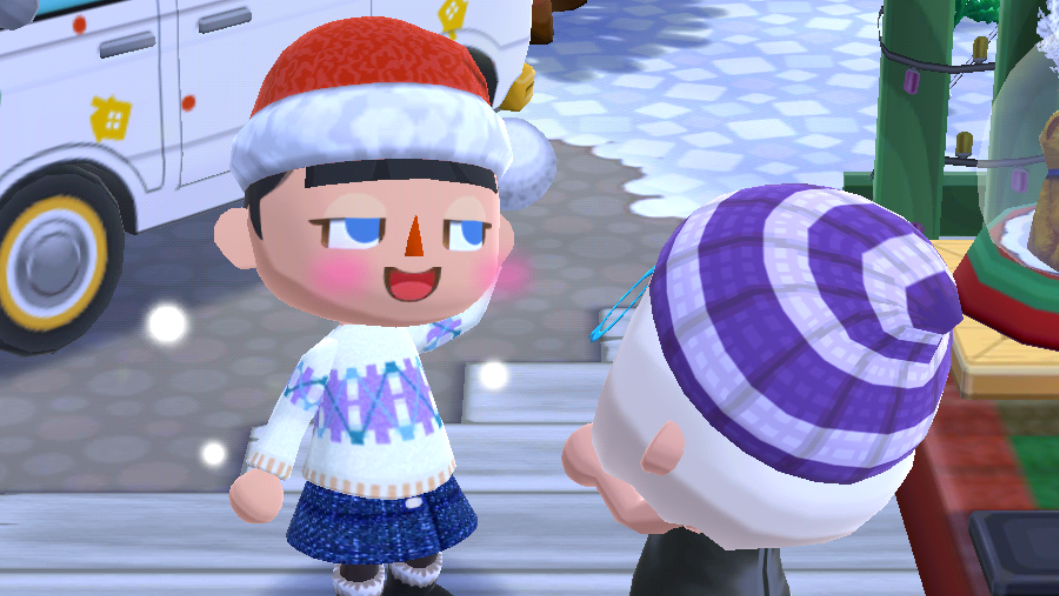 I sent kudos to Kate because her camp is beautiful. How lovely!

Pocket Camp is a lot of things that New Leaf and other main Animal Crossing games are not. It's one that strips away the series' unique details, instead focusing on barebone transactions that turns its usual delightful interactions into meaningless work. Animal Crossing, as a series, is amazing because it transforms would-be mundane actions into a relaxing, gratifying experience. This is something Pocket Camp gets so very wrong. And so, I stand by my claim that its micromanagement sucks the soul out of Animal Crossing, while acknowledging that it isn't meant to be a fully-realised entry into the series.

I can also admit, however, that I'm a sucker for changing my character's outfit on the daily, decorating my camper, chatting with animals to laugh at their bizarre conversations, and sharing silly moments with friends and strangers alike - some of the things Pocket Camp gets right, even if not as extensively integrated as with New Leaf and previous Animal Crossing entries.

It's nice to see that Nintendo seems to be updating relatively frequently. About a week or more ago, a new photo mode was implemented at players' campsites. Silly pictures with animals could be taken utilising some of the action emotions New Leaf introduced in 2013. In another update, a new type of crafting material was added, opening up the possibility to craft different set pieces for the camp. The latter update doesn't change the fact that the basic structure for the game remains a routine experience. I'm curious, however, to see how much more of Animal Crossing's DNA is injected into the game, as with the introduction of emoticons in photo mode.