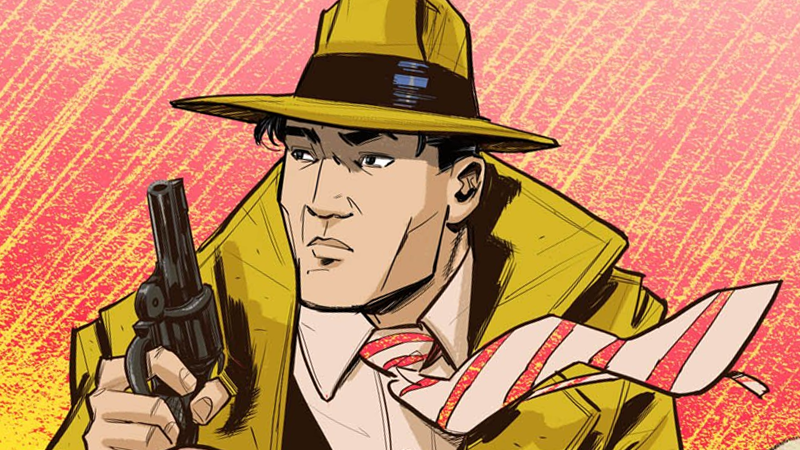 Little more than a month ago, Archie Comics unveiled Dick Tracy’s triumphant return to comic book stores with a new series from Alex Segura, Michael Moreci and Thomas Pitilli. Fans were excited at the prospect of new stories featuring the yellow-coated detective. Today, the series is suddenly no more.

The abrupt cancellation of the series, well before it was due to hit shelves this April, was announced in a series of tweets from the Tribune Content Agency in Chicago – which have, weirdly enough, since been deleted. The tweets confirmed that the series, unfortunately, had to be scrapped due to a licensing error on Tribune’s part, after the discovery of a pre-existing deal that made it impossible for the new series to go ahead.

Here’s the full text of the original statement, which was soon confirmed by the series’ planned co-writer, Alex Segura:

Due to an unfortunate error on our part, Tribune is sad to announce that there will not be a DICK TRACY comic book series from Archie Comics. While we had high hopes for the book and Archie Comics negotiated the deal in good faith and is not at fault, we discovered a preexisting licensing deal that precludes us from continuing with this project. We apologise to Archie Comics, the very talented creators and their many fans.

So, this is not-great news. @MichaelMoreci @thomaspitilli and I were very much looking forward to creating this comic for you guys. But due to a mistake on the licensor's part, we won't be able to make that happen. To say we're bummed is a huge, huge understatement. https://t.co/4l2M65IPmO

I'm not going to say much else about this. Co-writing a DICK TRACY comic was a dream come true for me, and getting the chance to work with Michael, Tom and @ArchieComics was an amazing experience. Sometimes things just don't line up. On to the next thing. Thanks, as always.

Although Dick Tracy currently still operates in the syndicated newspaper strip from Joe Staton and Mike Curtis, this actually isn’t the first time a Dick Tracy monthly comic has been inadvertently scrapped due to licensing issues. In the last decade, Tribune has been through several legal battles with actor Warren Beatty – who directed and starred in the 1990 film adaptation – which allegedly lead to a planned series by Brian Michael Bendis and Mike Oeming being cancelled.

Whether or not this latest event is due to legal wrangling with Beatty or something else, it’s a bizarre and unfortunate scenario – and while whatever deal is currently in place could potentially lead to Tracy making a return to monthly comics elsewhere, for now, the detective’s grand return has sadly been put on hold.