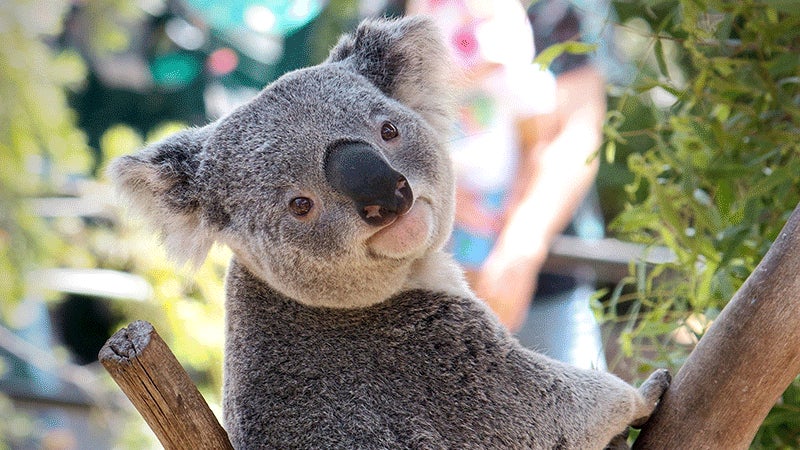 I am Australian. I have noticed online that people who are not Australian seem to work under the assumption that this is an island of death, where every step you take you run the risk of being bitten, stung, impaled or eaten alive by a murderous wild creature. I am here today to tell you that they are only half right.

Yes, under certain circumstances (and in certain places) there are some animals that you simply do not want to fuck with. Red Back Spiders. Brown Snakes. Anything that lives in the water. But focusing on that half of the narrative means you're missing out on the other, cooler half of what happens when a continent drifts for millions of years and grows a bunch of its own weird-arse animals.

Here, then, are animals that may hurt you, but will not kill you, ranked in order of...I dunno, how badly I want each one as a pet. 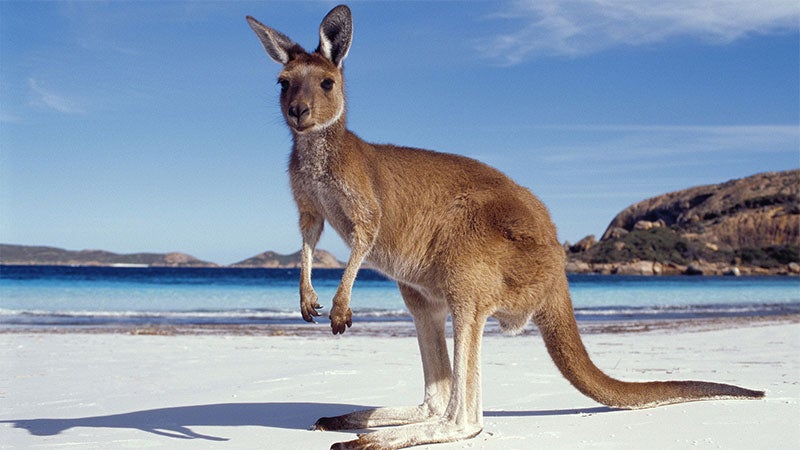 Kangaroos are our national icon. They are also shit. The worst. They're pests. They may look it, but they're not cuddly. The longer you look at one, the more you start noticing how gross and weird and sinewy their legs are. Like someone stuck a fox onto some giant, raw chicken wings.

WILL IT KILL YOU? Not directly. They will attack and give you a good punch-up if you annoy them (especially the big Red Kangaroos), but they won't seek you out to kill you. They do, however, kill people indirectly by jumping out in front of cars at night. Hence their place at #10. 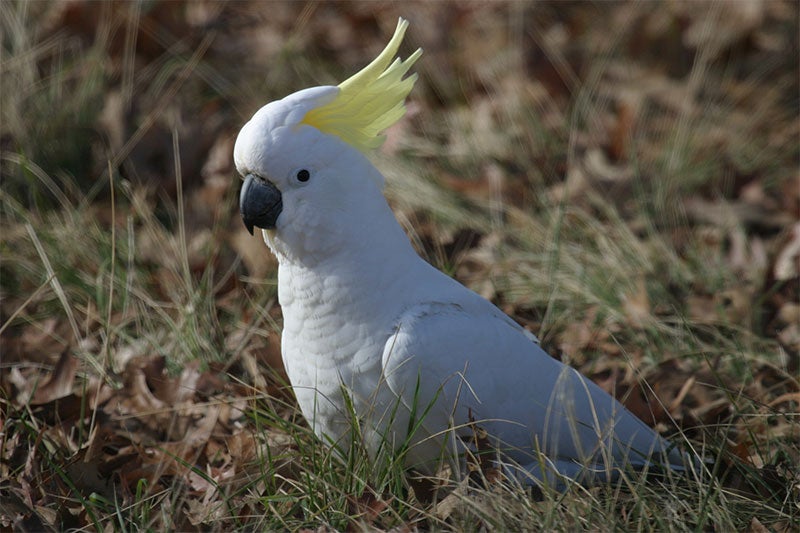 They have very cool haircuts. And can talk to humans. Almost the perfect bird.

WILL IT KILL YOU? Haha, nope. 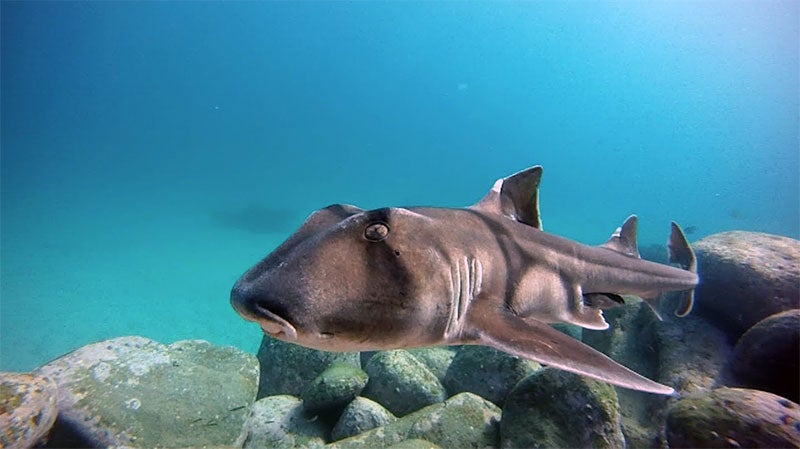 The waters off the coast of Australia are full of things specifically designed to end your life, but not everything is a killer. The Port Jackson shark, which grows to around 4-5 feet long, generally just chills at the bottom of the ocean, and has one of the most amazing eggs on the planet, which looks like it was laid by an alien that would grow up to destroy Tokyo. 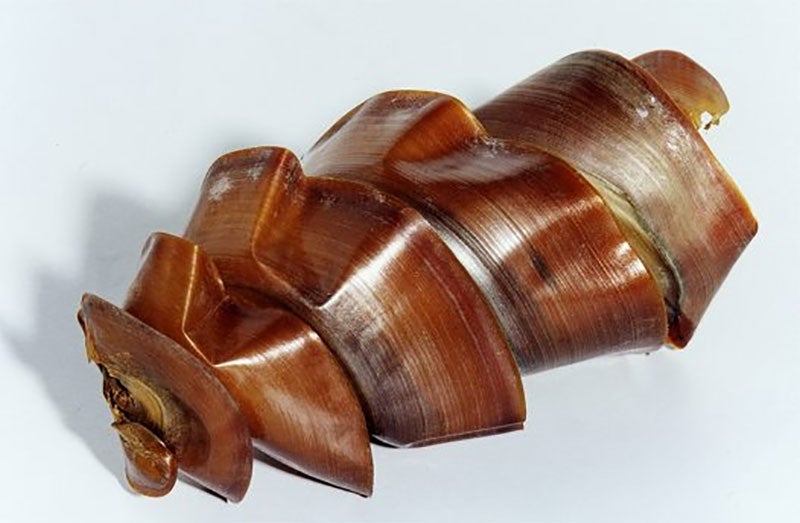 WILL IT KILL YOU? The last recorded "attack" by a Port Jackson shark came in 2011. Its teeth didn't even break the guy's skin.

The Sugar Glider is a possum. Now, to Americans, a possum is a shrieking creature from the depths of hell. Australian possums are different. They're like squirrels, only noisier. And this one can fly! Well, glide. And it's super cute.

WILL IT KILL YOU? With those big soft eyes, maybe. 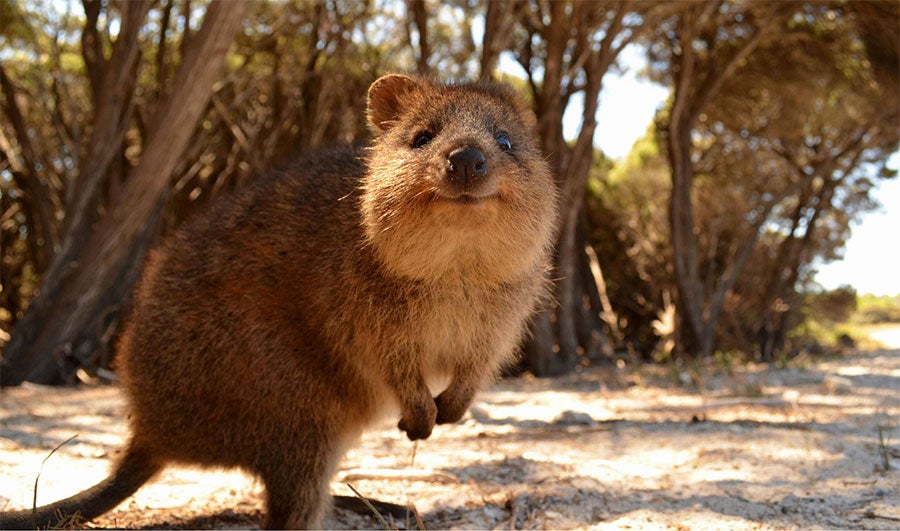 A Quokka is what would happen if there was an anime about kangaroos.

WILL IT KILL YOU? Why are you even asking this question. 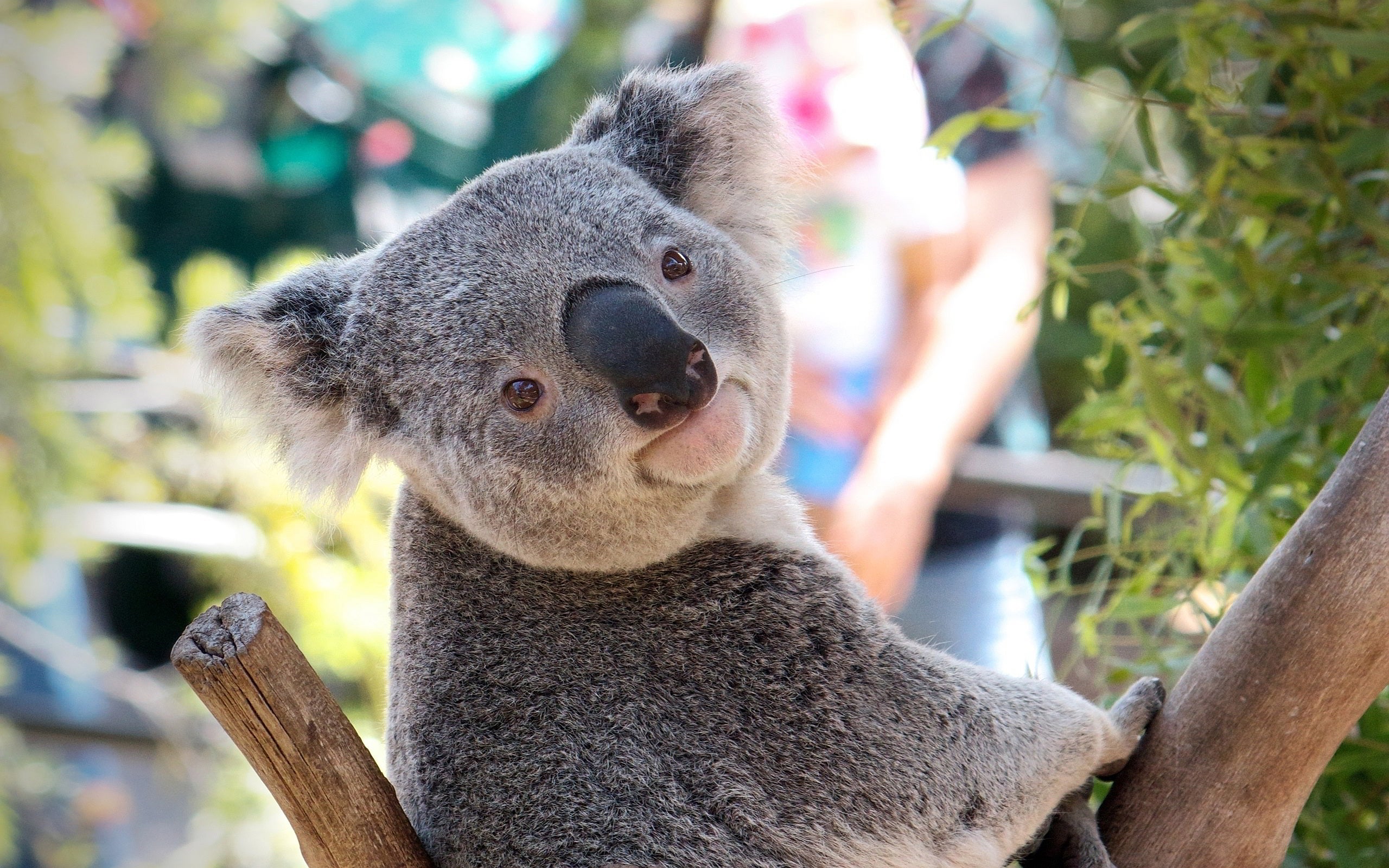 WILL IT KILL YOU? No. They will very occasionally attack humans if they feel especially threatened, but with 20 hours of sleep to get through in a day, they can't be bothered finishing you off then feasting on your bones. 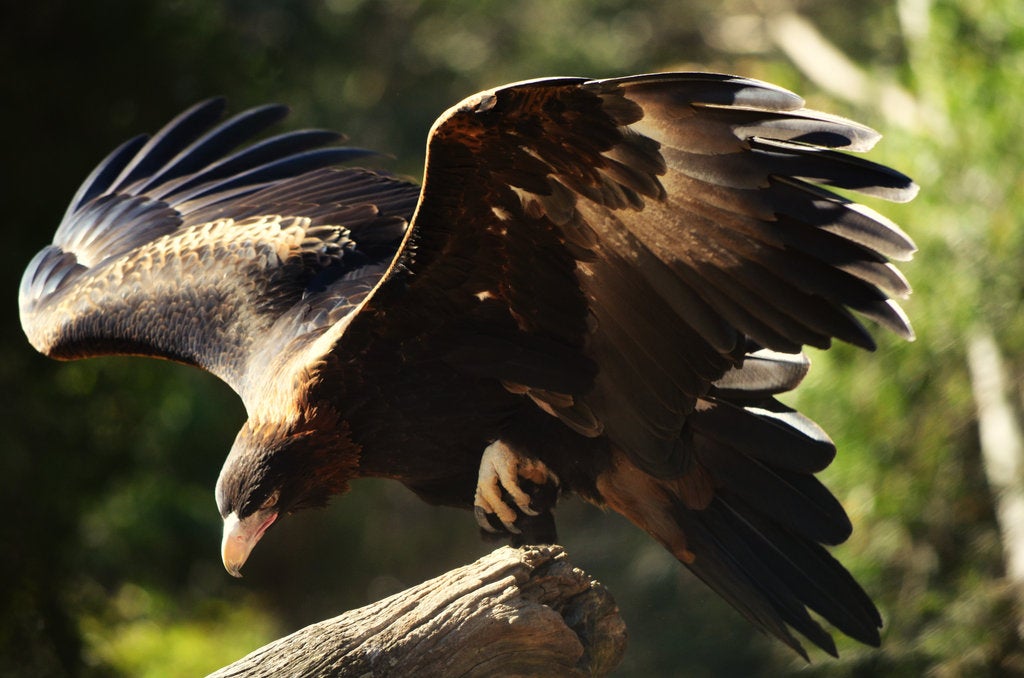 As the breeding season approaches, wedge-tailed eagle pairs perch close to each other and preen one another. They also perform dramatic aerobatic display flights together over their territory. Sometimes, the male dives down at breakneck speed towards his partner. As he pulls out of his dive and rises just above her on outstretched wings, she either ignores him or turns over to fly upside down, stretching out her talons. The pair may then perform a loop-the-loop.

WILL IT KILL YOU? You? No. Any other living land animal on the Australian continent? Most surely. 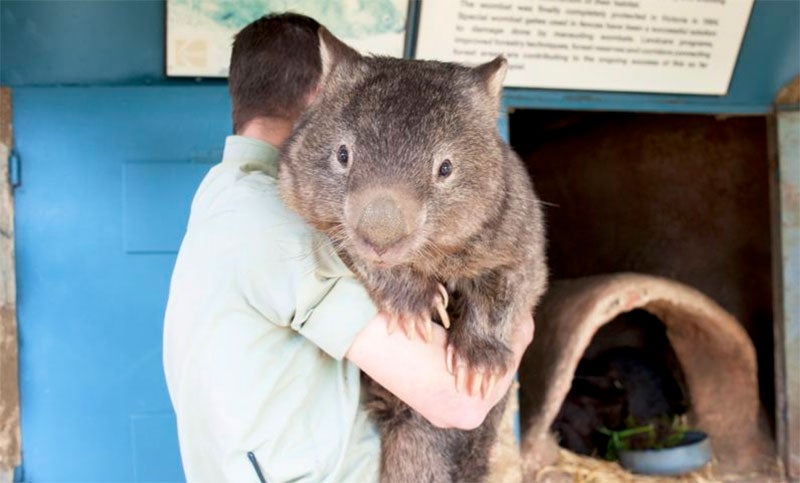 It's like a mouse, kinda? Only fat, like a pig. And it lives underground. And does square poops (literally). Tamer ones love cuddles. And when attacked, it doesn't fight back...it runs into its burrow head-first, protecting itself by blocking the hole with its teeth-proof butt. I did not make that last bit up.

WILL IT KILL YOU? No. 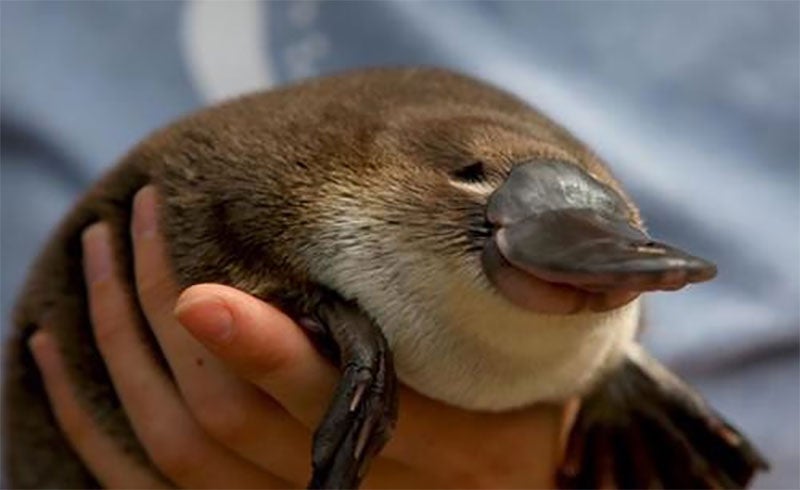 What the fuck even is a platypus. When the British first took some back to the Old World, everyone thought they were taking the piss, that it was some elaborate colonial hoax. Nope. We really do have duck rabbits who live in the water and are mammals.

WILL IT KILL YOU? No. But it can hurt you. Not with its bill, but with its barbs. Yes, it has barbs (you can see them protruding from their flippers), and they're venomous. A venomous mammal. Australia. 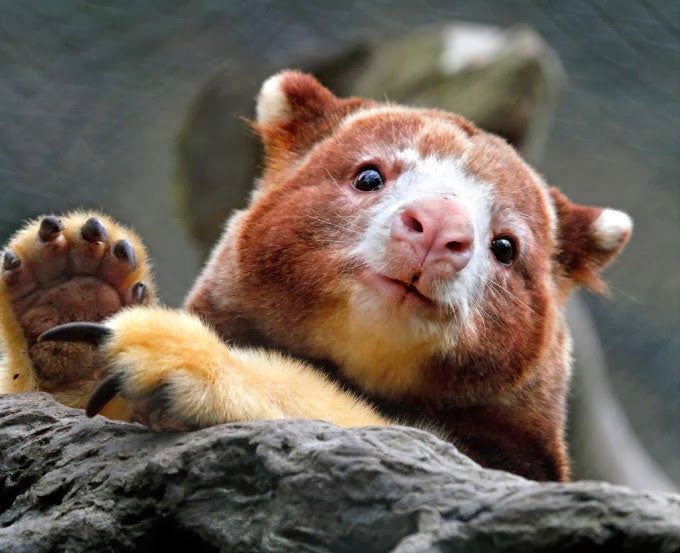 LOOK AT THIS THING. I swear this is a real animal, and that this is its actual name. It's a Pokemon come to life. It's a kangaroo that lives in trees. It is cute as hell. I want one real bad.

WILL IT KILL YOU? Get outta here.