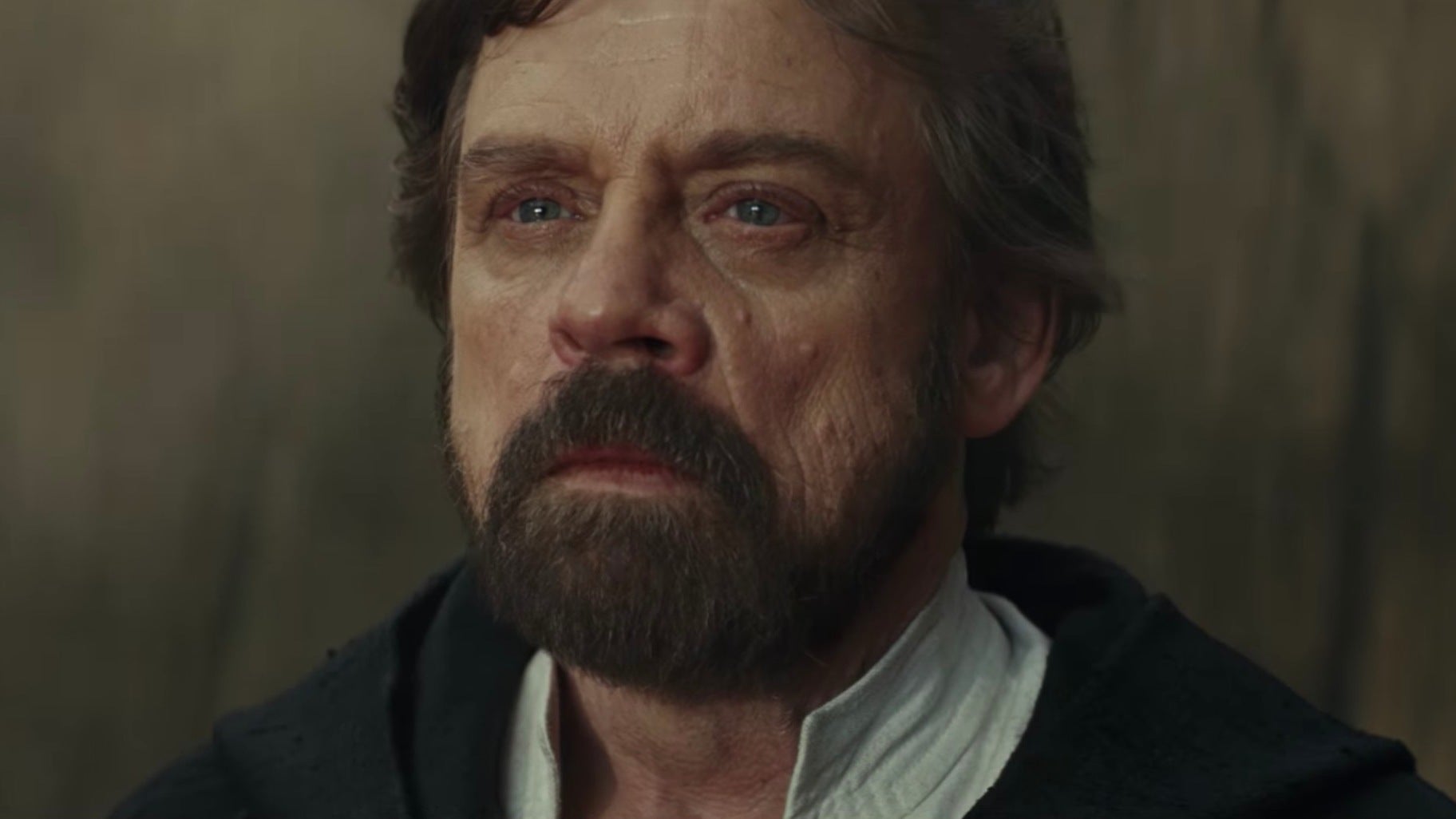 Almost a month after its release, fans are still vigorously debating many aspects of Star Wars: The Last Jedi. Much of that centres around the treatment of Luke Skywalker, including his moments near the end of the film.

If somehow you haven't seen the movie yet, we're about to get into some huge spoilers.

Near the end of the film, Luke projects a vision of himself across the galaxy in order to distract his nephew, Kylo Ren, so the Resistance can escape. It's Luke's final heroic act before his death, creating a legend to inspire the galaxy. But, of course, Luke's projection doesn't look the way he does in the rest of the movie.

He's younger, with a shorter haircut, new outfit and, most surprisingly, his father's old lightsaber, last seen in the possession of Rey. A lightsaber that was destroyed just a few scenes earlier.

Speaking to IGN, Last Jedi writer and director Rian Johnson talked about the scene, including the question of Kylo not noticing that a lightsaber which was destroyed mere minutes earlier was in the hands of his uncle. Shouldn't that have been a glaring red flag for Kylo that this wasn't Luke?

"We as an audience saw that," Johnson explained. "The truth is, we see the lightsaber split in half [but] Kylo sees a blinding flash of light and is knocked unconscious, and then Rey takes the lightsaber away before he wakes up. So if you really want to dig into it and get an explanation, you can say that he doesn't 100 per cent know what happened to the lightsaber."

That... makes a lot of sense actually. But what about the rest of it? The haircut, the new duds? Johnson continues:

"[Luke] is basically tailoring this projection to have maximum effect on Kylo. He knows that Kylo's Achilles heel is his rage, and so that's why he kind of makes himself look younger, the way Kylo would have last seen him in their confrontation at the temple, and that's why he decided to bring Kylo's grandfather's lightsaber down there — the lightsaber that Kylo screamed at Rey, 'That's mine, that belongs to me.'"

That, again, makes a lot of sense and is a conclusion many filmgoers came to on their own. But hearing Johnson explain it gives it a bit more authority.