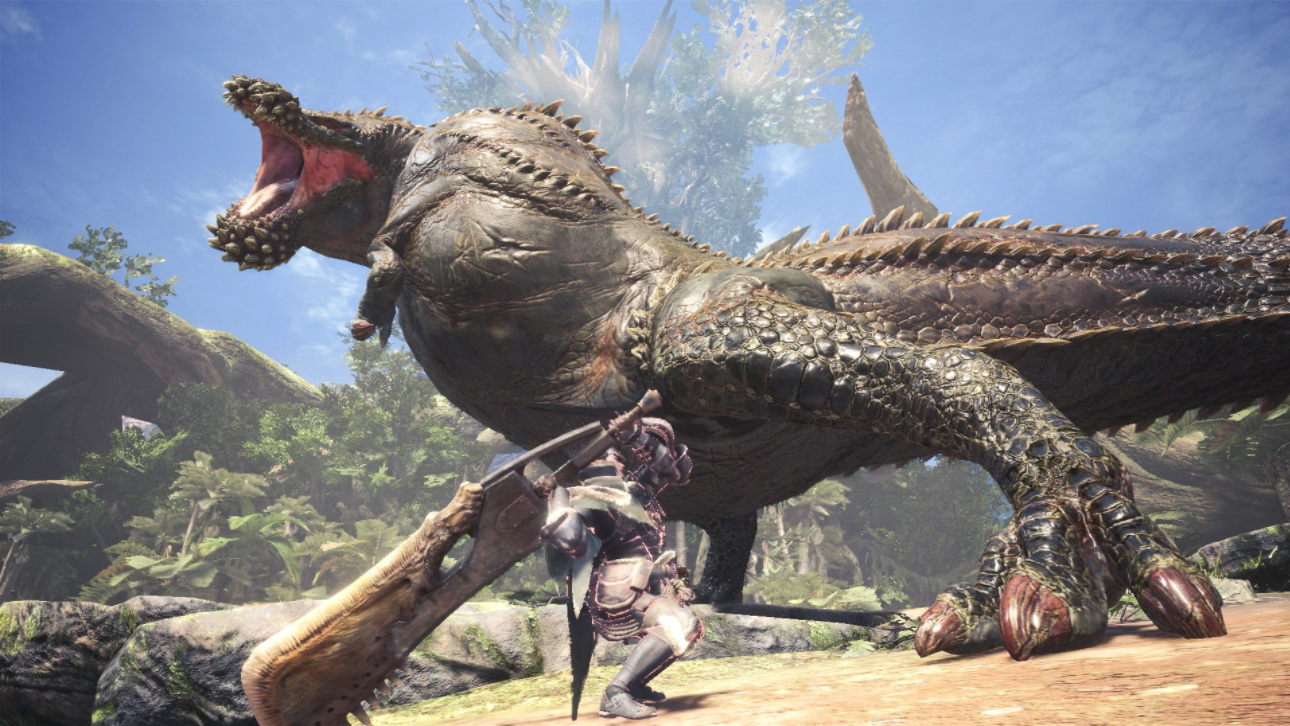 Monster Hunter: World's latest update brings back a series favourite monster: the massive, multi-toothed Deviljho. This pickle-shaped T-rex beast is one of the game's most dangerous beasts and proves it by kicking the arse of every single monster it crosses paths with.

Deviljho is a massive brute wyvern that was introduced in Monster Hunter 3 that's become something of a fan favourite. The hype for Deviljho's appearance in Monster Hunter: World was through the roof, as hunters prepared for a beast that could challenge them more than the massive horned Diablos or the raging elder dragon Nergigante.

The good news is that Deviljho's finally here. The bad news is that he is systematically body slamming the entirety of the New World's ecosystem.

While in the field in Monster Hunter: World creatures can engage in a turf war where they violently duke it out. In many cases, such as when the fire breathing Anjanath chomps down on the wobbly Great Jagras.

Turf wars with Deviljho aren't just a beating: they're some kind of Fist of the North Star "You are already dead" stuff.

Here's Deviljho chomping on the adorable Kulu-Ya-Ku. It's pretty rough. This was spotted by Reddit user ladyphlemego. 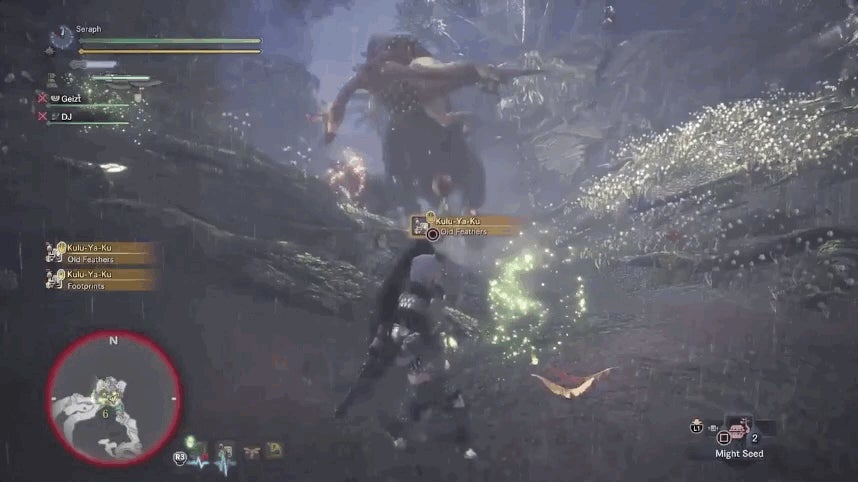 Holy crap, that was horrifying. Those were low tier monsters though. What about the dreaded Diablos? That monster was so terrifying that my coworker Kirk Hamilton wrote about how it almost broke him like a wimpy twig.

Let that be your warning fellow hunters. Don't expect good ol "Pickle Joe" to go down easy. Group up, use your best armour, and if a turf war starts maybe try to stay out of the way.

I'm assembling a hunter party tonight and hope to bring news from the front following a successful victory. Or maybe he'll just body slam me too. We'll see.