Slay the Spire is an Early Access game that's tearing it up on Steam, and for good reason. It's one of the most imaginative roguelikes in recent memory. The game also now has a daily challenge mode, which the developers recently tweaked to make it worth playing all on its own.

Games ranging from The Binding of Isaac to Duelyst have daily challenges, so it's not surprising that the team at Mega Crit Games decided to add one to Slay the Spire, especially while people are waiting on the main campaign's third playable character.

But where daily challenges in other games tend to be whacky remixes of the regular game or especially brutal tasks to be completed for special rewards or bragging rights, Slay the Spire's feel like a core feature, thanks in large part to a recent update that recalibrated the mix of bonuses and disadvantages you start them with. 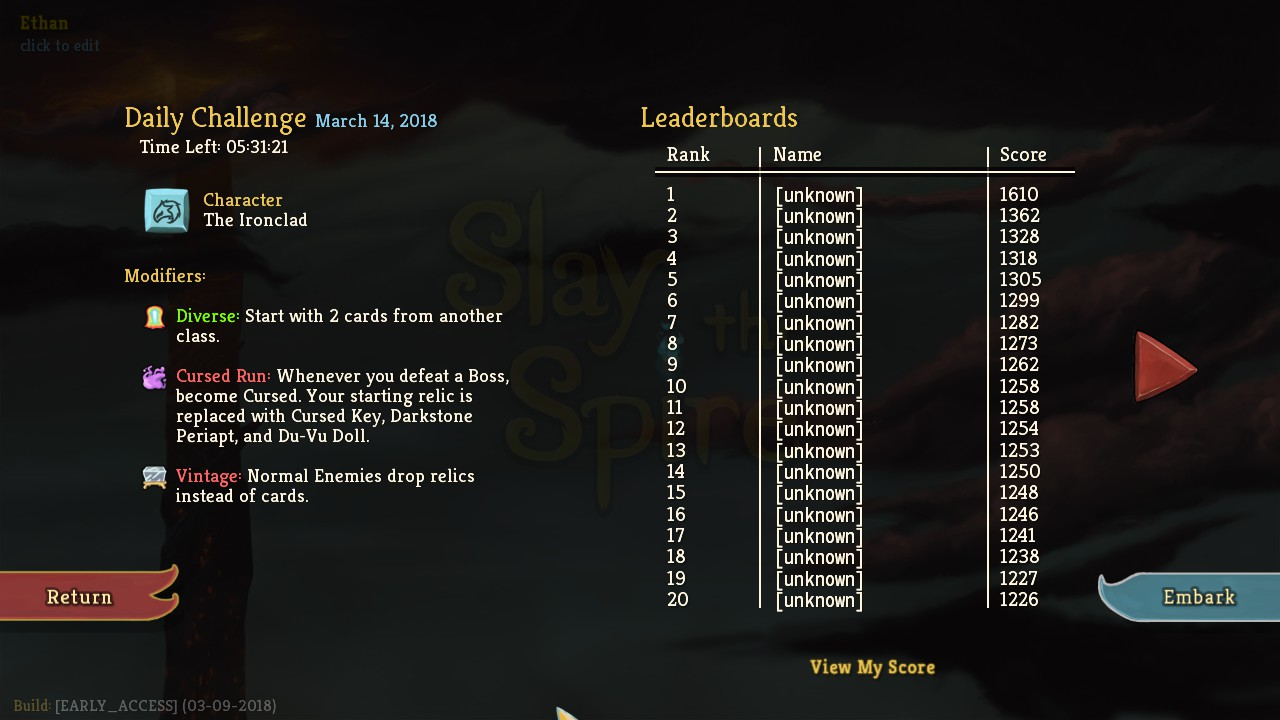 Daily challenges, referred to as the "Daily Climb," consist of embarking on a fixed map where the traditional rules of the game are thrown out the window. You might be given special cards at the beginning of a run or be burdened with negative modifiers that force you to cope using interesting strategies, such as everything at the merchant's shop being 25% more expensive.

Previously there were four modifiers applied in total, and usually the combination made it next to impossible to even have a shot at completing the challenge unless you got a particularly good string of rewards from early fights.

Now there are only three modifiers per Daily Climb, and each of them has been reworked to do a better job of creating interesting encounters and trade-offs rather than just being outright weird or punishing. For instance, the mode now has a modifier called Terminal which decreases your max HP by one every time you enter a new room, but it also lets you start every battle with five bonus plated armour, helping to split the difference rather than just make your life completely miserable. The latest rework to the mode also makes it so that the same modifiers don't populate two days in a row, giving people more reason to try again every day.

On my most recent attempt, things got off to a good start. Today's modifiers were Diverse, which starts you with two cards from another class; Cursed Run, which curses you after every boss you beat (negative cards will take up space in your deck) but also starts you with three relics that each act like mini-modifiers of their own; and Vintage, which has enemies drop additional relics instead of cards. One of my starting relics, thankfully, was Darkstone Periapt, which increased my base HP every time I got a new curse (which ended up being quite often). I also had Poisoned Dagger, which helped me deal extra damage in the early rounds. 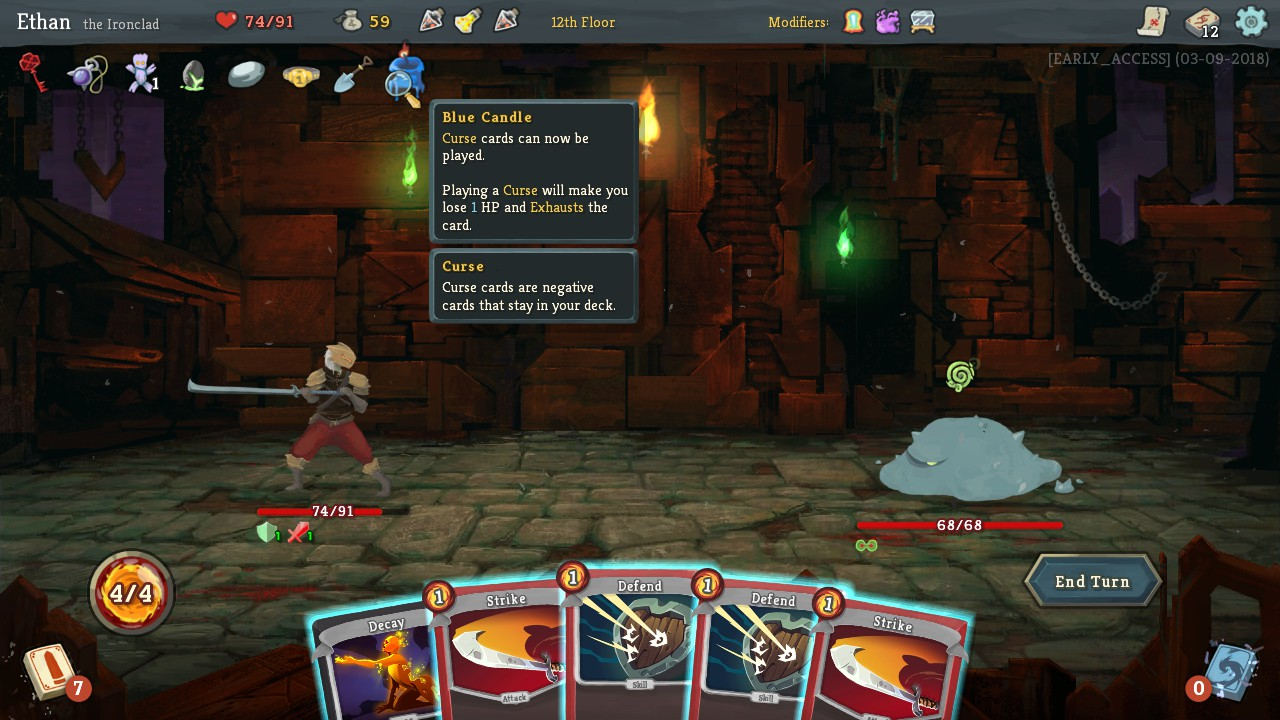 As a result, the first level ended up being a breeze, although the relics I kept picking up made battles hard to predict with all of their additional ailments, buffs, and arcane rules. The chaos was fun though, and not completely overwhelming like some of the earlier challenges have been. Toward the end of the second level I had a decent shot of making it farther, and can't really blame the magicians who fried me more than my own poor card management. And because the modifiers change daily, tomorrow's Climb will lead me down a completely different path, in many ways even more so than the procedural generation of the main game.

There are only just over a dozen modifiers that currently exist, but as long as Mega Crit Games continues adding more down the road, the Daily Climb could end up outshining the rest of the game entirely.