The Worst Part Of Fortnite’s Popularity Is The PUBG Snobs 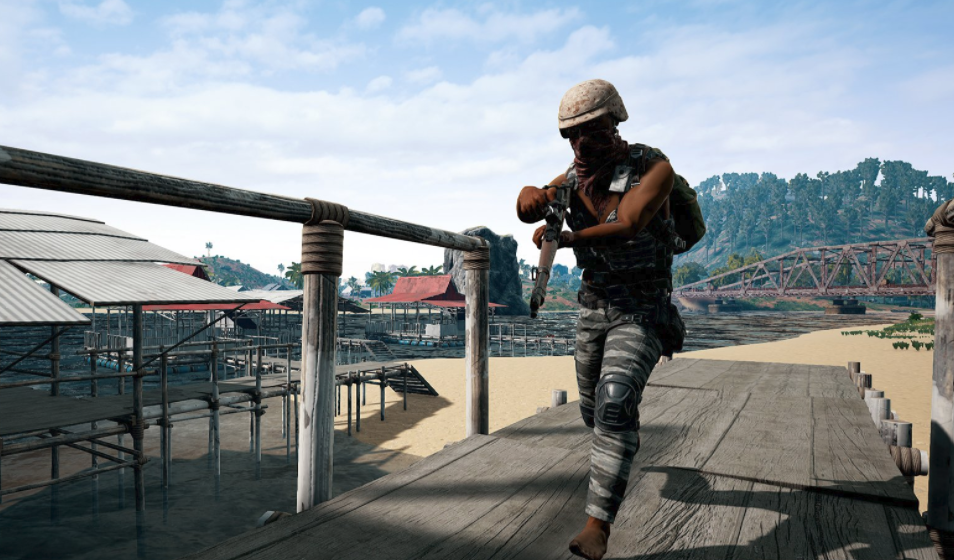 Six months after gritty survival shooter PlayerUnknown’s Battlegrounds‘ debut, the cartoony, lighthearted survival shooter Fortnite Battle Royale came along. If Battlegrounds is the pitbull of this genre, Fortnite is the golden retriever. One of its weapons is the “boogie bomb”. There’s a gingerbread man skin and a “bear force one” glider. Lots of kids play, sometimes during school hours.

It’s a fast, popcorn-y experience with a bright, fun colour palette and alliterative locations like “Tomato Town” and “Haunted Hills.” So mainstream that baffled cable newscasters are talking about it, Fortnite is a survival shooter for the everymen. Yes, it offers a similar play experience as Battlegrounds, but its vibe is more welcoming in its candy sweetness. And some who cling to the supposedly more hardcore Battlegrounds look down on Fortnite players.

Battlegrounds snobbery is a thing now, and it’s worth asking why. What is it that makes Battlegrounds a serious survival shooter and Fortnite, which is by no means an easy game to win, a game for casuals and kids? 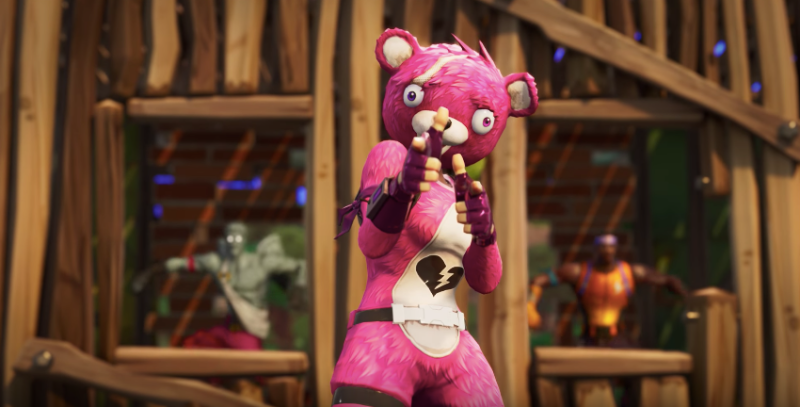 One of the most visible Battlegrounds snobs is Guy “Dr. Disrespect” Beahm, the most recognizablebiggest Battlegrounds streamer, who in a stern police-officer mustache and a mullet, plays Battlegrounds with the ethos of a pro wrestler. ESPN called him a “a hyper-caricature of how the stereotypical male gamer views himself.”

His fans, the “Slick Daddy Club” (Update — 5:00 p.m. ET: Now the “Champions Club”) cheer him on as he performs as a serious dude gamer (he often uses the word “dominance”) for thousands at a time on Twitch. Dr. Disrespect came from the world of H1Z1 and Call of Duty, which, along with his machismo song-and-dance, rocketed him into Twitch fame.

“YouTube gaming — it’s all Fortnite!” he complained. In his PewDiePie way, his dripping sarcasm betrays small pieces of what feel like his actual opinion. Once, when he names Fortnite, he airs a picture of a LEGO-style game, half-jokingly referring to Fortnite players as “pathetic beta males.” “At least I don’t play Fortnite,” he says, a little more seriously.

“That’s pretty much the only thing I have going for me. It’s my biggest pride and demise at the same time.” In another video, in lieu of playing Fortnite, PewDiePie opts to play a Fortnite knock-off on the kids’ gaming platform Roblox.

Not everyone who prefers Battlegrounds to Fortnite is a Battlegrounds snob. Kotaku weekend editor Cameron Kunzelman wrote persuasively last week about how Battlegrounds‘ slowness fosters a more deliberate playstyle that he prefers.

He also doesn’t like Fortnite Battle Royale‘s building mechanics. That’s real. Other criticisms, I’m not so sure of. I’m sick of hearing about Battlegrounds‘ infinitely superior “gunfeel.” I’m bored of people referring to Fortnite Battle Royale as a kids’ game because it has cutesy graphics. I’m especially going to roll my eyes at anyone who calls it a rip-off when, well, in a way, so is Battlegrounds.

As a former Battlegrounds player who moved onto Fortnite Battle Royale, I get both sides. I get that attaching yourself to one game other other “says something” about you as a gamer. Sometimes, it comes across as machismo.

I’ve had an equally hard time winning a game of Battlegrounds as I’ve had winning a game of Fortnite. It’s just different kinds of “hard.” To me, Battlegrounds demands more in inventory management, patience, situational awareness and, in my opinion, gun know-how. I have to play with extreme intentionality to make any progress (those with precise shooting skills honed through, say, Call of Duty, might say differently).

Fortnite is faster. I have to think on my toes and build structures that meet my ever-changing defensive needs. I have to mine the landscape and modulate it with stairways and platforms to get where I need. Fortnite has jump pads, bush camouflage, guided missiles and other weapons that add tactical complexity. And, of course, I need to have good aim. Fortnite‘s skill cap is high, but it’s not the sort of depth that is immediately recognisable to PC shooter aficionados.

When I asked Battlegrounds-preferers about their reasoning, most of them agreed with Kunzelman’s assessment of the game’s slower pace and building mechanics. All of this can read as very “Gamers Prefer One Game Over Another Similar Game.” That’s not what makes a snob. Describing Fortnite, even half-jokingly, as a game for “pathetic beta males” does. Being unable to talk about Fortnite without people starting to debate PUBG’s superiority is also snobbery. 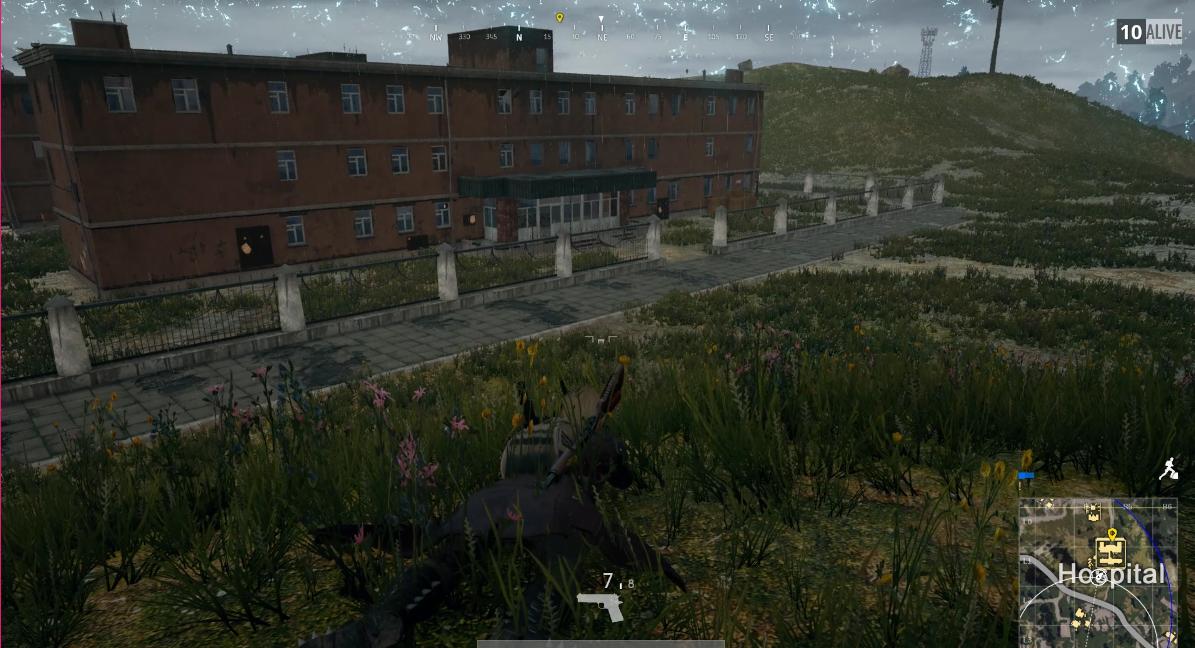 For gamers who grew up in this PC gaming tradition — Quake, Counter-Strike — Battlegrounds‘ military grit and gunplay attention-to-detail immediately positions it as a serious game for serious PC shooter fans. Despite its high skill ceiling, Fortnite‘s bubblegum vibe, building mechanics and apathy toward realistic gunplay doesn’t make the same bid for these type of gamers.

Joshua Trevett, who has 350 hours on Battlegrounds, says that “PUBG retains more of that Arma mil-sim feel,” referring to the hyper-realistic military shooter Arma, which lots of real soldiers play.

“PUBG‘s direct descendence from Arma and its target for realism in the weapon handling are aspects which are definitely gonna attract people with military fascinations.” he added.

Players I interviewed did cite Battlegrounds‘ snug place in the tradition of hardcore PC shooters. Decades’ worth of military-style shooters helps inform the way lots of people approach Battlegrounds, the way they relate to the game and its systems. Do the bullets feel like they’re moving through space? Do they sound like that, too? In a game where, say, driving and opening doors doesn’t feel as clean to me as shooting, it’s clear where developers put their attention.

Because of its emphasis on gunplay, teacher and battle royale gamer Joe Brichetto told me, PUBG “is as unapproachable as any other twitch shooter is to the non-gamer.” As a teacher, he’s watched his young students who haven’t had the same attachment to PC shooters fall in love with the more approachable, less war-sim-like Fortnite. He especially loves to hear his female students, who had never played a shooter, brag about their Fortnite Battle Royale squad victories.

A lot of these kids don’t care about PUBG‘s place in the PC gaming lineage. 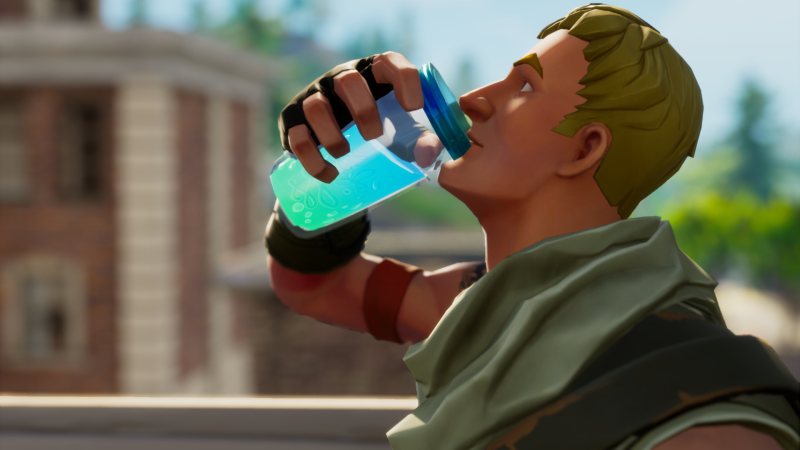 Taylor Hidalgo, who prefers Battlegrounds, said “it’s closer to how I’d be in a kill-or-be-killed scenario than something that has rocket launchers, cartoon physics, and the ability to carry crates of wood,” adding that Battlegrounds more accurately represents “how an island (or valley) full of 98 other people trying to kill me would feel.”

When people talk about Battlegrounds‘ strengths against Fortnite‘s weaknesses, it sometimes feels like they’re talking about the superiority of a more masculine game. Its realistic gun physics, dark, military feel, and similar virtues to other PC shooters can make Fortnite‘s sparkle gliders and “Pleasant Park” zone feel a little feminine by comparison. When I followed up with the same sources whether they considered Battlegrounds to be more “masculine,” everyone who got back said yes.

The response that, to me, really captured this sentiment was Battlegrounds-liker Pieter Hoekstra’s:

“I think it uses things that are already coded as masculine in games, i.e. ‘realistic guns,’ manual controls, etc. One thing that does actually occur to me is that PUBG being more of a ‘military shooter’ automatically links it to a primarily masculine enterprise in a way that isn’t as clearly the case with Fortnite. On that count I’d say it is more masculine, but that has a lot more to do with attitudes toward masculinity and warfare outside the game itself then anything PUBG says about those things.”

To me, it’s like this: Battlegrounds immediately appeals to gamers who played the other PC shooters and enjoy military realism — slow tactics and everything — while Fortnite‘s welcoming aesthetic and less toy-soldier feel invites in all types of players. Fortnite is considered by some as a lesser game because it is more approachable, not because it is actually mechanically inferior.

Only a small minority of gamers who prefer Battlegrounds are snobs about it. My advice for those gamers is to consider where their snobbery comes from. Is it their personal preference for longer, slower survival shooters with an emphasis on “survival”? That’s great. You do you. For others, the inability to understand Fortnite‘s appeal while hardheartedly proselytizing Battlegrounds‘ “gunplay” and “tactics” comes off a little differently.

It seems like cultural pressures are steering some toward a traditionally-coded “hardcore” shooter and away from another game that’s comfortable with its lightheartedness.