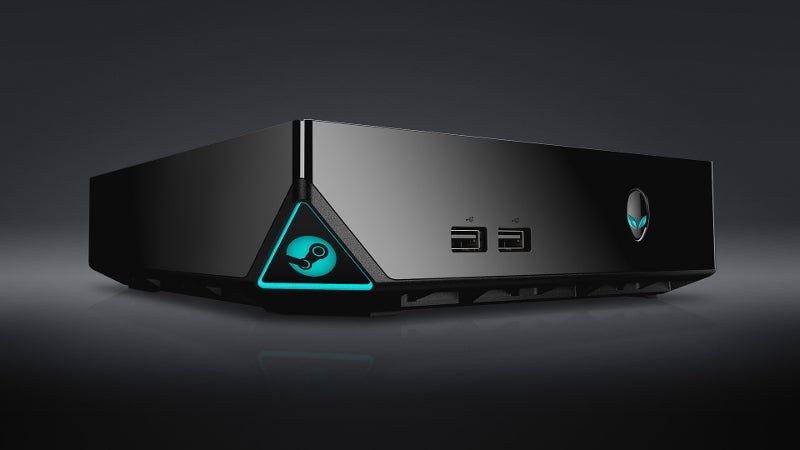 The recent removal of Steam Machines from the hardware section of Steam’s hardware tab recently. The removal actually took a week before anyone actually noticed, which is never a great indicator of success. But while one Valve developer has publicly announced that the dropping of the Steam Machines tab was “a routine cleanup”, they emphasised that Valve are still very serious about advancing gaming for Linux especially.

Pierre-Loup Griffais took to the Steam forums yesterday, announcing that the Steam Machines tab had disappeared from the “main navigation bar” due to “user traffic”. Put simply: not enough people were clicking on it, so they cleared up the space, which explains why it took a week before anyone kicked up a stink.

Through the Steam Machine initiative, we’ve learned quite a bit about the state of the Linux ecosystem for real-world game developers out there. We’ve taken a lot of feedback and have been heads-down on addressing the shortcomings we observed. We think an important part of that effort is our ongoing investment in making Vulkan a competitive and well-supported graphics API, as well as making sure it has first-class support on Linux platforms.

Griffais referred back to an announcement from late February, where Valve revealed that the MoltenVK Vulkan-compatible driver had gone open source. MoltenVK works with iOS and MacOS, and is designed so game developers can deliver a more efficient, higher performance experience than OpenGL.

There’s a lot more to it than that, of course, and interested parties can dig into the LunarG Vulkan SDK here. But the gist of the matter is that Valve are continuing to bet quite heavily on the development of Vulkan, and Griffais’ post points out that the Steam Machine initiative has taught them a lot about the gaming ecosystem on Linux.

“We also have other Linux initiatives in the pipe that we’re not quite ready to talk about yet; SteamOS will continue to be our medium to deliver these improvements to our customers, and we think they will ultimately benefit the Linux ecosystem at large,” they wrote.

For the Valve developer’s full post, see the announcement here. Griffais also handily put his work email into the announcement, in case anyone concerned wants to reach out about Steam Machines, Valve’s Vulkan initiatives, and Linux gaming in general.