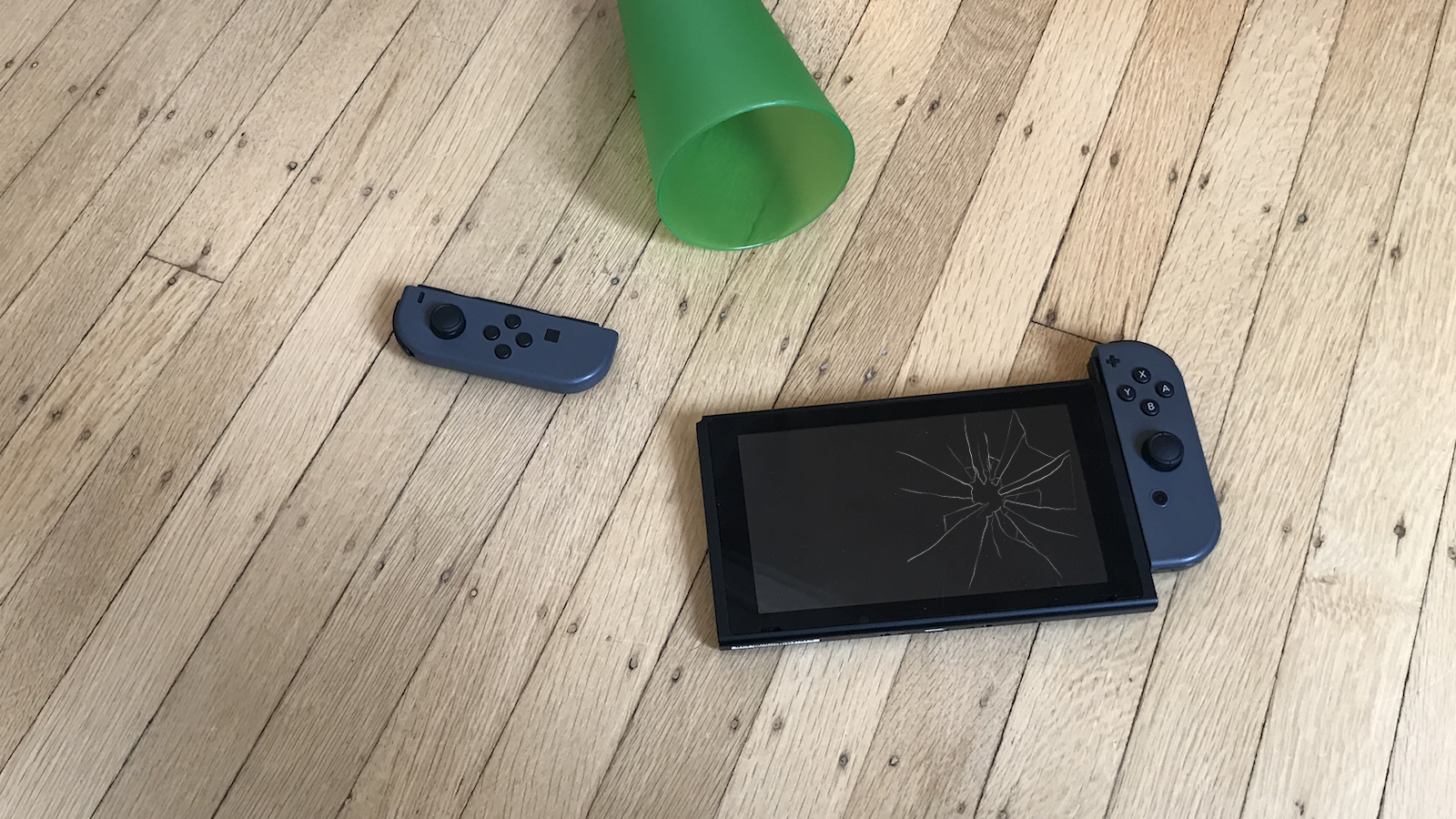 Yesterday, Nintendo announced that the Switch will be getting cloud-save backups in September. That means you have four months to drop your Switch into a lake, or let your dog chew it up, or accidentally back over it with your car.

A dramatic reenactment of one of the many ways your Switch could die before September.

Since the Switch came out in March of 2017, it has been impossible to back up your saved games.

That means that, should you spill coffee onto your Switch while it sits in its dock, you could lose the 180 hours you've sunk into The Legend of Zelda: Breath of the Wild. Should it fall out of your backpack while transferring flights, it will likely take with it your 60 hours of progress in Splatoon 2. Should it take a tumble into the bus aisle during your commute, you'll probably lose all your progress in Skyrim and Steamworld Dig 2.

Those risks are as present today as they were yesterday, before Nintendo's announcement. Happily, though, this fraught period of nervous hardware preservation now has an expiration date!

We can relax knowing that, come September, those willing to pay $29.95 per year for Nintendo's online service will be able to access cloud-save backups. A year and a half after it came out, the Switch will get a basic-arse feature that you would think a wildly successful console would have had ready to go at or at least near launch.

Your Switch is now the sidekick in a buddy cop movie who's on his last day before retirement. It's the daring cat burglar who decides to pull one last job so she'll be set for life. It's sitting there, counting the hours, daydreaming about retiring on a tropical island and wondering how far it can stretch its pension. Just four months, and you're home free. Tick tock.