Satisfactory Has The Best Name At E3 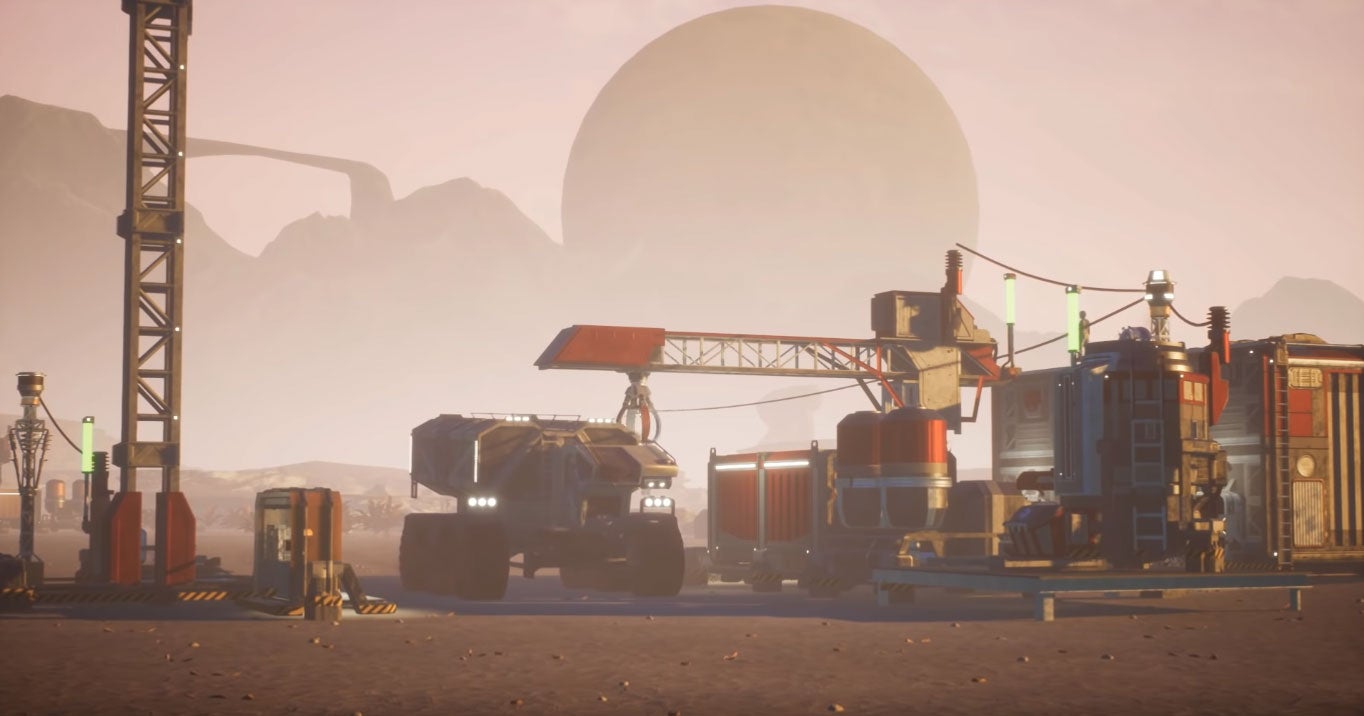 Satisfactory is an upcoming game for the PC that's about foraging for supplies, working as a team, and then taking all that stuff and actually building something huge, complicated and functional with it.

There are a load of games that have you scavenging and constructing, from Minecraft upwards, but those have usually been aimless adventures, with the goal being more bout creativity (or survival) rather than anything more complicated.

Satisfactory, however, has a point. You're building a factory, and the stuff you build - which starts small but ends up being enormous - can be linked together to create optimal workflows. And when you're done, it all looks incredibly... satisfying.

Satisfactory is an FPS open-world factory building sim. You play as an engineer on an alien planet as part of the 'Save The Day' program - a program whose goal is to construct a massive machine for a mysterious purpose. Conquer nature, build multi-story factories, and automate to satisfaction!