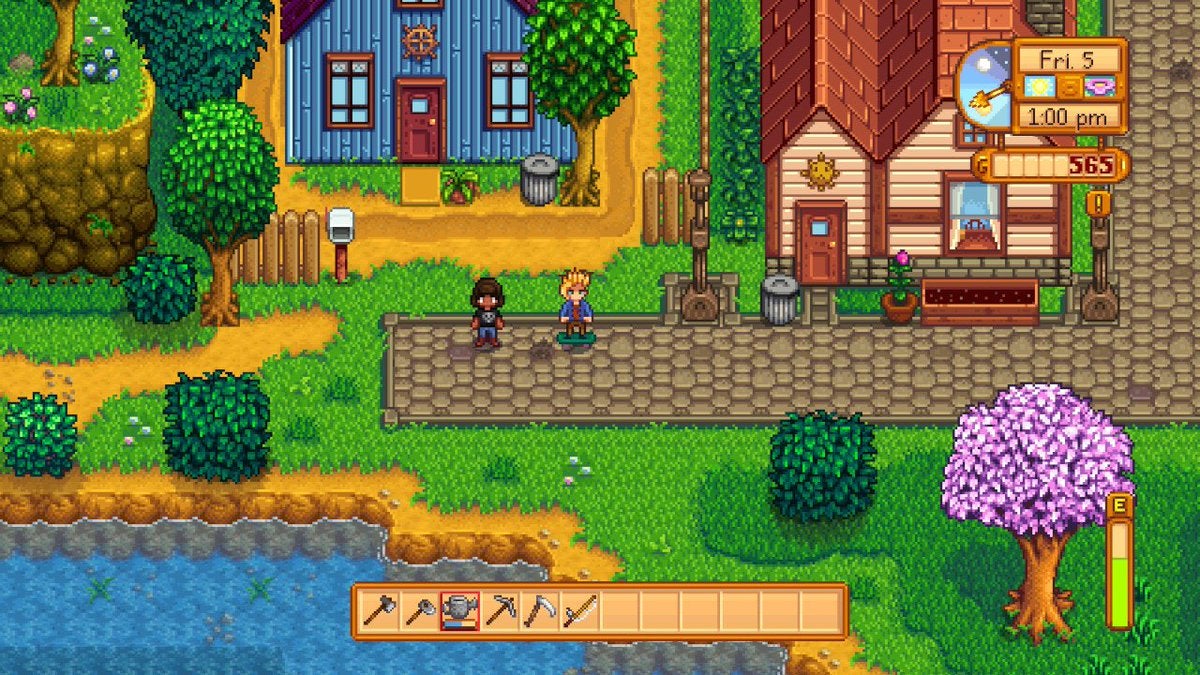 Every day after E3, I loaded up my run of Stardew Valley on Switch. I optimised my crop layouts, looked up which plants were most profitable, and grinded in the dungeon until I could upgrade all my farming tools twice over. It was probably the most stressful way to play the game, but it was the only way I could think to relax after each gruelling day in the video game mines.

Astrology isn't real, but I've always associated my love of stressful games that require you to min max their systems with me being a Virgo. Like a lot of Virgos, I am a very particular person - I like things to go my way, because my way is the best way.

In games such as Stardew Valley, Dwarf Fortress, Cities Skylines, Oxygen Not Included and Rimworld, where a minor flaw in your plan could screw up your whole run, I get to put that inherent belief to the test. As a Virgo, another thing I love is being right, and setting up a system that I've tried and tested and then watching it run exactly as I planned is the ultimate dopamine hit for me.

Dwarf Fortress in particular has a powerful pull for me. It's a wild, imperfect game, with systems that intersect and undermine each other. When things aren't working, there's an additional hurdle of wondering whether it's your fault or the game's fault.

Maybe you're ending up with vomit all over your bar because the cats are bugged so that they drink from the spilled alcohol on the ground and get drunk and then puke (they fixed this bug).

Or maybe it's because of one thing you forgot to account for that will now require you to undo hours of meticulous planning, like the time I tried to create a well from an underground aqueduct but accidentally flooded the stairs, trapping half my dwarves underground.

Untangling that knot, figuring out where things went wrong, is hypnotising to me. Nothing else gets me in a clearer, more calm state of mind than squinting at a screen and calculating how many calories per day I'll need in Oxygen Not Included to keep my colonists alive, or tackling a particularly nasty traffic jam in Sim City 4.

In city building games, sometimes I'll just have to pause and completely rebuild an entire neighbourhood in order to implement a more efficient highway system. The relief of getting it right is like finally feeling that knot in your back loosen. It took a lot of time and work, but you can relax now - you were right. Your system works.

The world doesn't give you very many solvable problems. Sometimes stress is something you just have to weather. In Dwarf Fortress, Stardew Valley or Sim City, it's something I can fix.