little adventure on the prairieMobileps4trophiestrophyvita

Little Adventure on the Prairie released in February on both PS4 and Vita. It isn’t good. The game consists of walking from left to right, pressing the X button to swing a sword at everything you run into, and occasionally hopping over invisible snags in the level geometry.

Trophies are a currency by which PlayStation players can measure their progress and compare themselves to other people across the platform. A lot of people don’t pay much attention to them, but some players spend a lot of their money and free time chasing trophies to add to their collection and increase the overall tally that shows on their PSN profile and leaderboard sites such as PSNProfiles and TrueTrophies.

It was this latter group that Salem Al-Ghanim, a 24-year-old programmer from Qatar, was hoping to tap into when he ported Little Adventure from Android.

Al-Ghanim told Kotaku in an email that he originally ported the game to 3DS because he wanted to get more experience working with the handheld’s development kit. He and the handful of other people at his makeshift indie studio Infinite Madaa were eager to get experience they can apply to their upcoming game, a turn-based RPG called Chromia.

Porting the game to Vita wasn’t intended as a science project though; it was about getting some quick cash.

“Everything was going great until we had some money issues,” he said. “Then a friend of mine suggested to release the game on PS4 and Vita and add an easy platinum to it with a cheap price. This way a lot of people buy it and we would get the funding we need for our next game.”

Earlier this week, TrueTrophies, a site tracking millions of PSN users’ trophy information, shared a comparison of its data from the year the Vita was released with 2018. What it found was that the trophy completion rate has gone way up, while the amount of time it takes on average to earn a trophy has fallen dramatically.

Games such as Uncharted: Golden Abyss and Persona 4 Golden have been replaced with small indie games, most of them ported from the App Store, that no one’s ever heard of. At the top of the list was Little Adventure.

Al-Ghanim explained the only requirement to get a platinum trophy into his game was including a certain number of other, lesser trophies. Bronze, silver and gold, each intended to correspond to the level of difficulty involved in earning them, have a point value, and once a certain threshold is crossed the game is eligible for a platinum trophy.

Al-Ghanim’s game has 22 total, all of which are unlocked simply by progressing through the game.

Adding the trophies to Little Adventure took a little over a week. Making the game cross-buy was also imperative, since trophy lists can be different for the same game across both PS4 and Vita. This way someone can buy the game once and effectively get twice as many trophies. 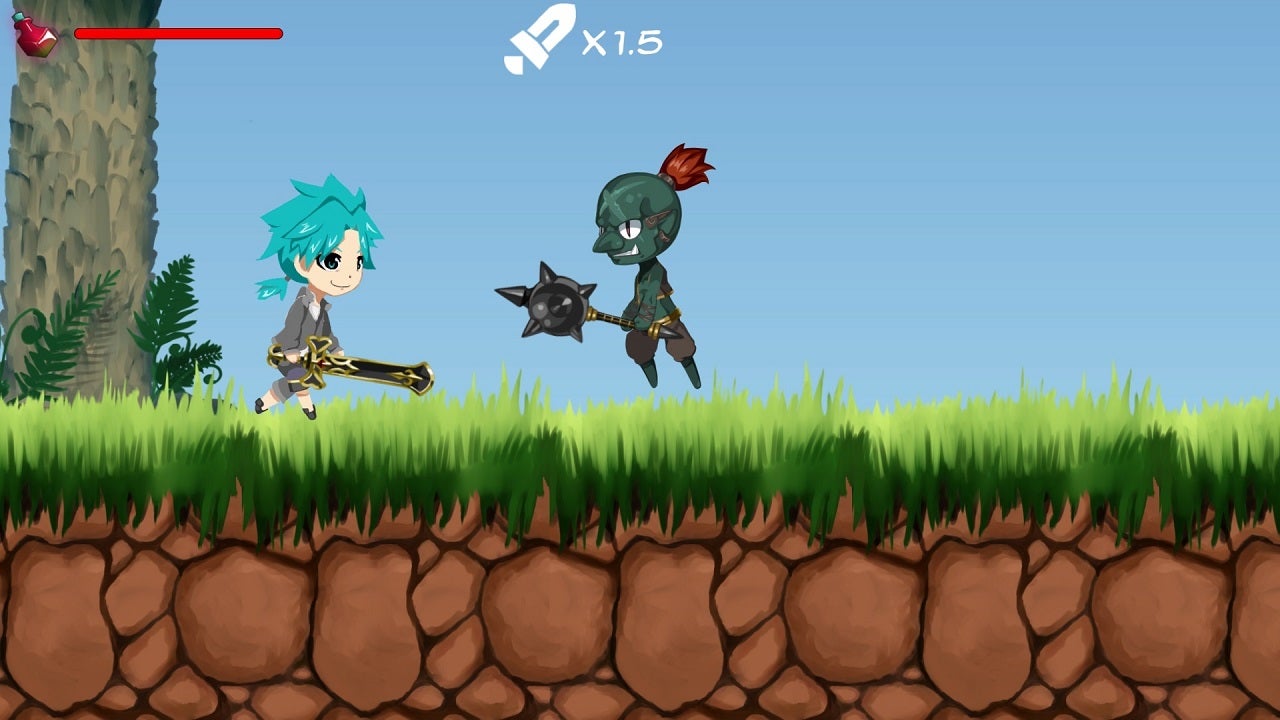 Across tracking sites such as TrueTrophies and PSNProfiles, Little Adventure has an over 90 per cent completion rate, meaning almost everyone who buys it completes it and earns the platinum. That isn’t a hard task, considering it can be done in under an hour, and simply playing through the game normally will earn the player all of the trophies in the game.

Just over 8000 of PSNProfile’s users own the game on PS4, and almost half of them have gotten the platinum on the Vita version as well. Little Adventure only costs $2.45 on PS4 and $2.65 on Vita, which also helps. For an hour’s time and a couple of bucks, any player is guaranteed two platinums.

“We did get a good amount of funding from it,” Al-Ghanim said, although he wouldn’t offer specific numbers. “But we want Chromia to be perfect so we will take our time with the development.”

The game ★★★★★ 1000 Top Rated got attention last winter for offering a near-instant platinum trophy. The developer of the game, which cost $US0.98 ($1), later stated in a Facebook post that Sony had temporarily taken the game down and told it not to mention trophies in the store trailer.

Over a year later, the game is still not back up, but the trend itself is alive and well. The popularity of trophies has given some smaller developers an incentive to port their games to a mostly dead console. Whether that’s good thing for the Vita is debatable.

One convincing explanation TrueTrophies posited is that many of the people still playing the Vita are doing so just to score easy trophies that pad out their overall numbers. “What are some Vita games with easy trophies” is a favourite recurring topic on the handheld’s dedicated subreddit.

Only 60 games have been released on the Vita in 2018, and many of them are similar to Little Adventure. In many ways the Vita’s store now has more in common with the Google Play Store or Steam’s unfiltered list of upcoming releases than it does with a typical, well-curated console marketplace.

But games such as Al-Ghanim’s have proven the Vita may still live on for a while yet as a glorified trophy hunting peripheral.