There’s finally a new Star Ocean game after 2016’s barebones Star Ocean: Integrity and Faithlessness. Unfortunately, free-to-play Star Ocean: Anamnesis, the latest entry, is only on smartphones, and a gacha game to boot.

The first of those would be forgivable if not for the second, but as a slot machine for collecting characters from Star Oceans past it turns the series’ once absurd fusion of medieval fantasy and Star Trek sci-fi into something that just feels mundane.

I Cry Every Time A Legendary JRPG Series Goes Mobile

Over the weekend, Square Enix held a live Star Ocean event in Japan that brought together fans of the RPG series with creators and voice actors for a day of livestreamed festivities. Fans hoping to get news on a new Star Ocean for consoles had their hopes dashed, though, as the spotlight was firmly pointed on the mobile game.

There are two types of JRPGs: The ones you love and the ones that are incomprehensible and anime as hell.

During the PS1-era I played as many of them in either camp as I could get my hands on. I even finished a lot of them, no matter how tedious and off the rails they eventually became (looking at you The Granstream Saga).

Star Ocean: Second Story was one of the few JRPGs to balance its overly chatty, melodramatic characters and 11th hour deus ex machina moments with a mix of deep, real time combat, overworld exploration, and an in-depth crafting system.

Star Ocean: Anamnesis feels as though it’s taken that recipe and tried to translate it into an Excel spreadsheet full of stats, proper nouns and anime fighters, without any real logic tying it all together.

I started the game as the captain of a ship under attack by pirates. A few minutes later, I had crash landed on an alien planet. By the end of the hour I was spending thousands of gems on a magician so she could use her powers to summon old Star Ocean characters with star rating ranging from one to five.

It all felt like a JRPG-ified Trivago app currently draining the battery on my phone.

For $1.49 you can get just over 100 gems. This currency is required to do everything from efficiently level up existing characters, gain new ones, and even restore a stamina meter that keeps you from being able to play endlessly without spending money.

The main screen is flooded with menus, each vying for attention, like a work email inbox coded in bright and interesting coloured emoji. 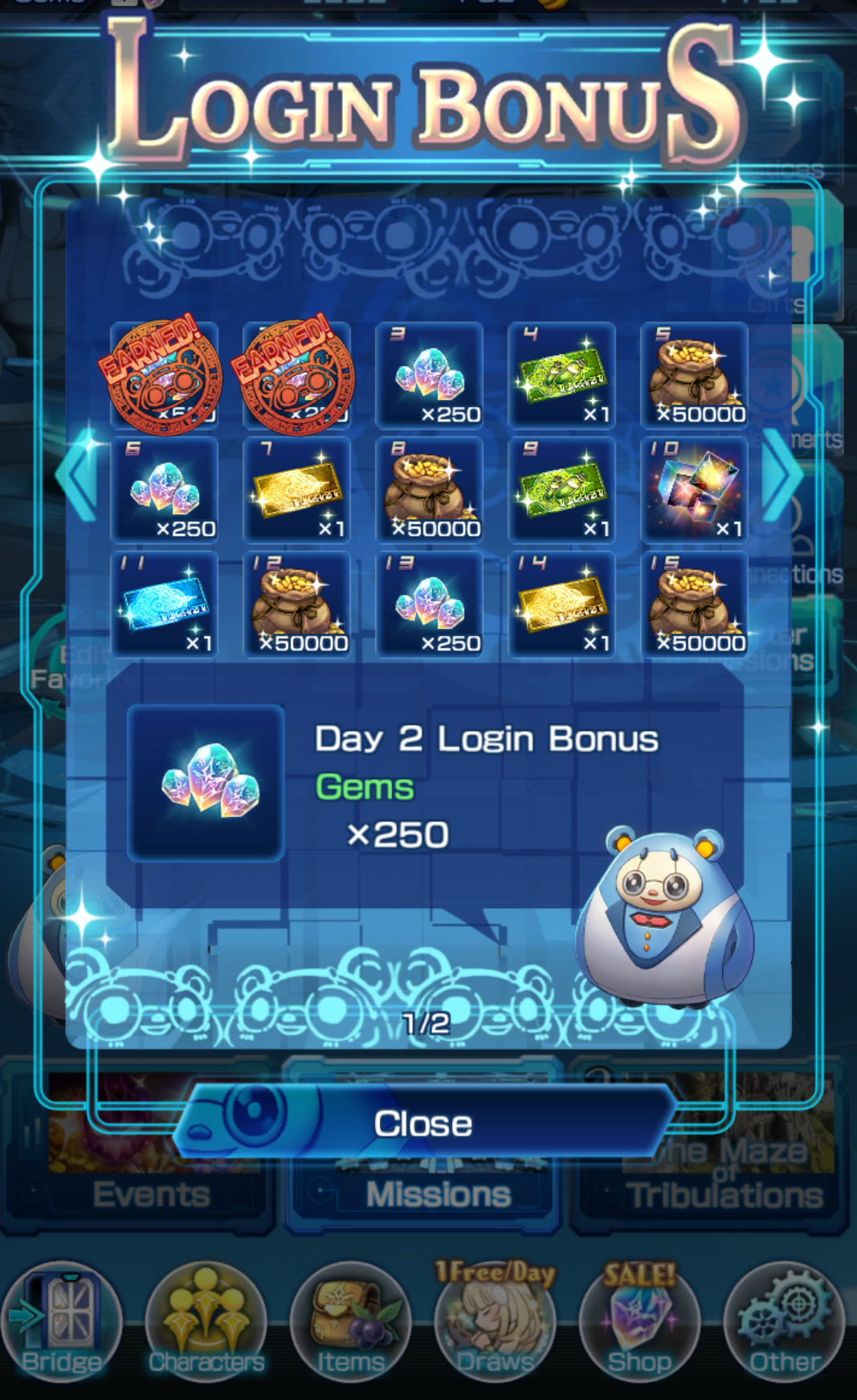 On each planet is a map of nodes. Travelling to one starts a quest, either a string of long-winded dialogue between me and my crashed ship’s AI or, more often, a battle. It can be hard to tell the difference, since both dialogue and battles mostly involve tapping various parts of the screen at regular intervals.

I’m sure the early part of the game is deceptively easy to help with the on-boarding process, but it’s also terribly boring. Characters have different skill sets, such as front line fighter, back line magic user or healer, and using special attacks uses up action points that take time to slowly recharge.

Combat in Star Ocean games takes place in real time, but with the ability to occasionally pause to micromanage characters’ next set of actions. Star Ocean: Anamnesis relies more on choosing the right characters and equipment before going into battle, making it feel like managing a fantasy football team rather than a fight for survival.

There’s a ton of weapons to equip and levels of rarity to optimise, but none of it ever feels tangible beyond the fleeting joy of getting something unusually good out of a the most recent drop. 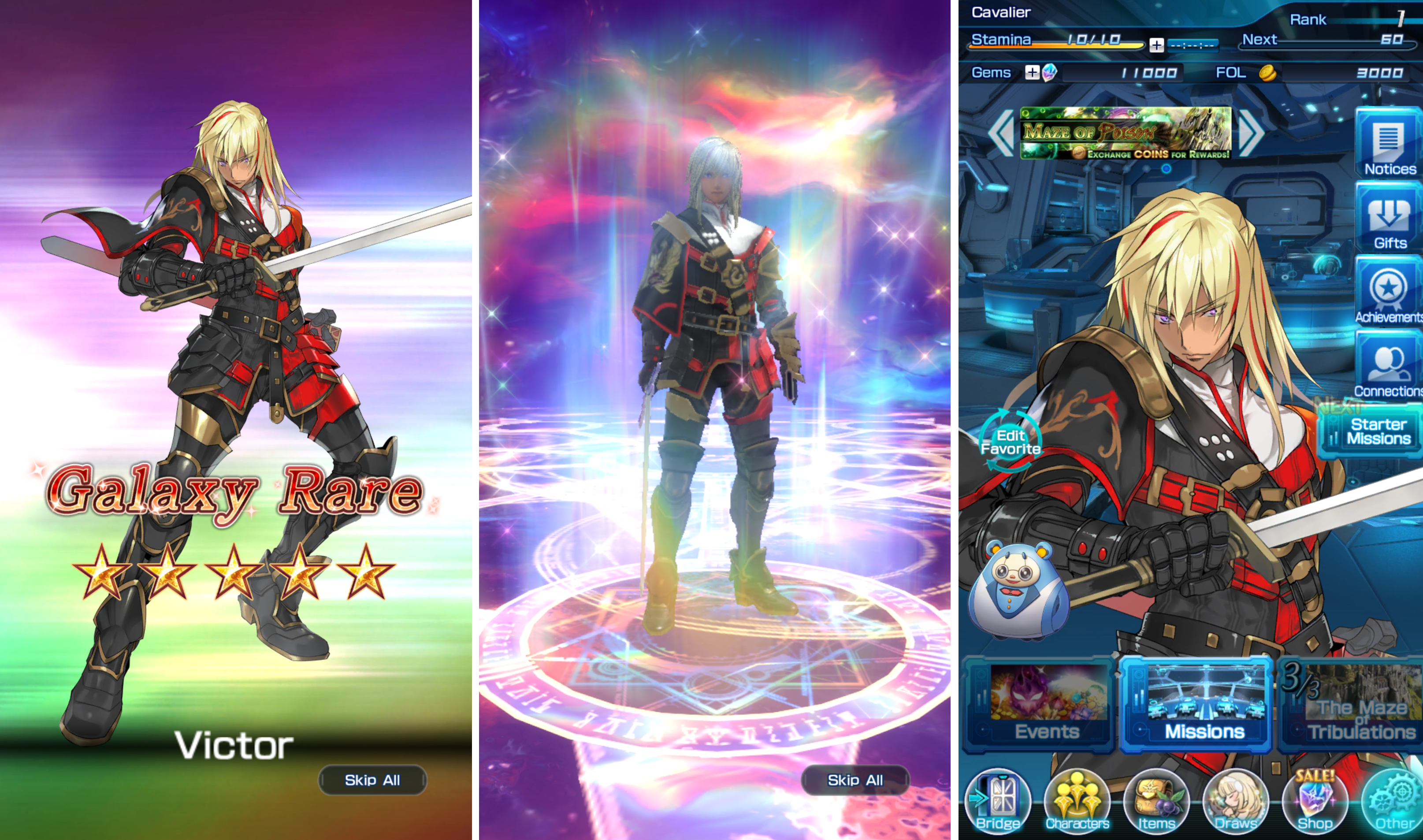 However, after only a few hours with the game, some part of it has its hook in me. It started when I heard the series’ iconic sound prompt upon tapping the screen for the first time, and the game has continued to nudge its way further into my childhood memories with every old character who pops up.

I may not play long enough to get Second Story’s overpowered but tragic fencer Dias Flac from one of the randomised pulls, but I certainly want to play a little bit longer.

Star Ocean: Anamnesis might sound like it has a silly name, but it’s brutally accurate. Anamnesis describes the experience of remembering something from a previous existence, a sort of deja vu for the reincarnated soul.

While the game is hands down an exploitative, if charming, nostalgia trap, it’s still an effective one for fans of Star Ocean, even ones like me who can scarcely remember the person they were or their frame of mind back when they first learned to love the series.

But when prompted by a familiar face, ancient weapon or sweet sound effect, I can at least remember the feeling of having loved it, which seems to be the only thing, for better or worse, animating Anamnesis’ microtransaction-based design.