There’s a new episode of Boundary Break, a YouTube series all about showing off the things in games we aren’t supposed to see, and it’s about Doom. It reveals how silly everything in that game looks when you’re not in first-person mode.

While this episode is ostensibly about just showing off all kinds of strange things about Doom, I cannot handle how weird basically everything in the game looks when you’re liberated from the first-person perspective. Look, I know that first-person game development forces you into some weird choices when it comes to character animation and how enemies are modelled, but I literally laughed out loud when I saw this cacodemon: 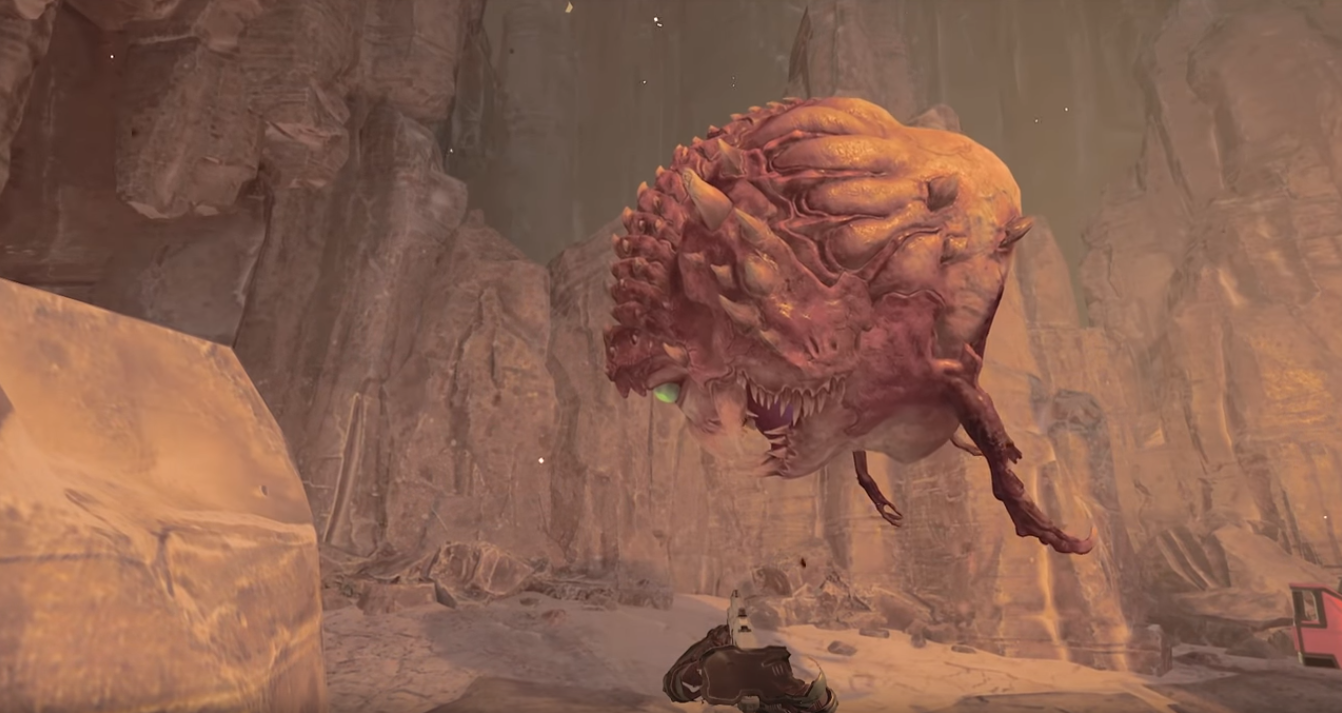 That just isn’t the angle we’re meant to see this creature from, and its weird flat bottom makes it look like something out of a comedy game instead of a scary, evil creature that’s going to chow down on our brains (which is what it looks like when we’re in first-person).

I also particularly enjoyed this moment where a torso is warped into some phantasmal hands that teleport away from their feet:

I’m always impressed by the methods that developers use to get the intended player experience into a game, and I love how much manipulation of different game elements is needed in order to make things work out. But golly does it look silly when you take a peek behind the curtain.