Blind Call Of Duty: WWII Player Has Racked Up 7600 Kills

A YouTuber by the name of “tj the blind gamer” recently posted his accomplishments on the Call of Duty: WWII Reddit, happily reporting that he’d reached over 7,600 kills in WWII—without being able to see the game.

A visually impaired gamer, TJ further explained in the Reddit thread that he uses in-game sound cues to play games like WWII and Black Ops III. He also has more in-depth explanations on his YouTube channel, demonstrating how he can use sounds of the environment to navigate Black Ops III’s Zombies Chronicles maps.

The distinctive Gobblegum machine sound and the buzz of the overhead lights can help him traverse Treyarch’s remastered Nacht der Untoten map, he said.

I reached out to TJ to learn more about his Call of Duty experience. 19 years old and living in Utah, TJ says he was an avid Call of Duty player prior to losing his vision. He started with Treyarch’s World at War Zombies mode at the age of eight, then branched out into multiplayer on Call of Duty: Modern Warfare 2.

By then, he only had vision in his right eye and wore glasses. He played the franchise up to Black Ops II, but returned to Black Ops III after completely losing his vision. (In one of his YouTube videos, he gives an in-depth explanation of his health issues and vision loss.) 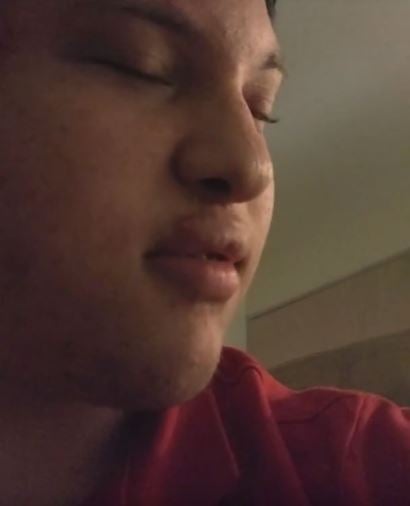 The recent addition of the Call of Duty Alexa skill, which allows players to use the Amazon Alexa to give and receive voice commands, also allows TJ to get more information in a non-visual way. The Alexa skill can offer gameplay tips, check stats and prestige progress, and even tell players if their friends are online. 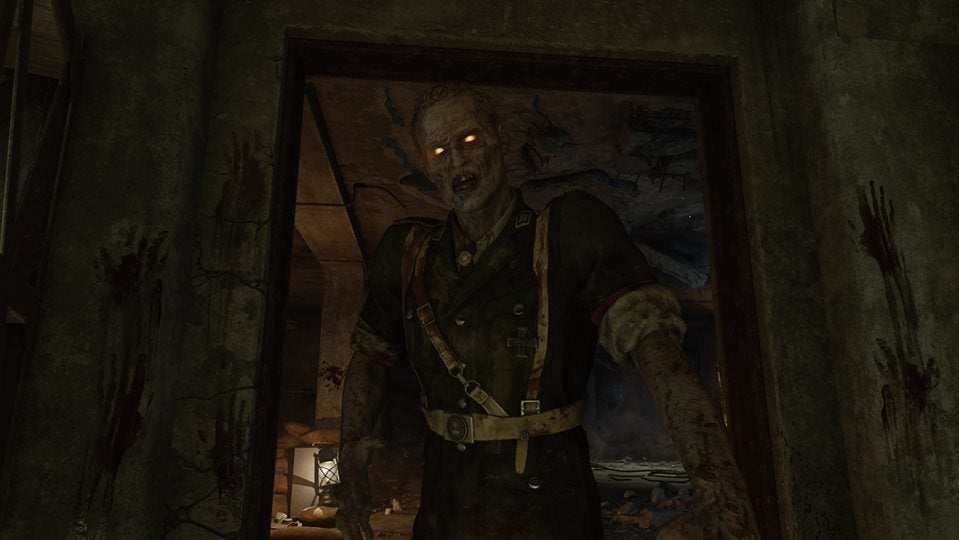 When I asked how Activision could improve and make Call of Duty titles more accessible to the visually impaired, TJ responded with many good ideas. “One thing I can think of right off of the top of my head is to have some sort of setting or perk create a constant audio effect for all objective game modes,” he said.

“If you have the setting turned on, the Domination Flags, Kill Confirmed tags, Capture the Flag flags, Demolition and Search and Destroy bomb sites [would] all have a constant audio effect so that the visually impaired players can find the objectives more easily.”

He also suggested a screen reader within the Call of Duty games that would read out all the on-screen text. At this moment, a visually impaired player would have to have a sighted person tell them, or look up guides for the names of the guns that they’re unlocking.

TJ praised Treyarch’s Zombies Chronicles DLC for having such great audio quality, and he hopes the studio continues using the same engine for future Zombies installments.

I asked TJ about his goals for WWII. “Short-term goal right now is getting those final kills and reaching 10,000 total kills which I still have never heard of a blind person accomplishing,” he said.

TJ also hopes to become the first blind player to hit the top Master Prestige level on Call of Duty: WWII. When he’s not on the Call of Duty grind, he also enjoys playing and doing walkthroughs for Diablo III—a game, he said, that is extremely accessible to the blind.