Most players adventuring in Final Fantasy 14 worry about what new piece of loot will drop from a difficult dungeon or if they can earn enough rewards in PVP to unlock that one emote they like.

But some players lean toward the more creative side, hosting massive roleplaying events. Combat in these events is mostly settled by dice rolls. The more I participate, the more I’ve learned to embrace the drama-facilitating randomness of rolling dice.

I’m not the most dedicated Final Fantasy 14 player; progressing through the game’s main stories and dungeons isn’t as appealing as gathering with like-minded players to roleplay the day-to-day lives of our characters.

Some players organise huge events for others to participate in. Among the largest and most popular on my server are two weekly tournaments. They are, respectively, massive displays where warriors and mages can test their mettle against each other. Each event is overseen by hard-working players, and both draw massive crowds.

Instead of PVP duels, a combination of creative writing and random dice rolls helps keep each fight fresh and expressive. For an attack to hit, you need to roll a random number between 0 and 999 via a chat command, and your opponent rolls to dodge. If your number is higher, you hit. If not, they dodge and then get their chance to hit. So it goes until one player lands three hits.

Those dice rolls can be crushing, leading to surprising beatdowns and amazing underdogs stories. And while some people might not find that fair — why should their badarse dragoon lose to a jokester character — these dice rolls allow anyone to potentially triumph.

There’s particular beauty to that, especially given the sheer number of players that show up to these events. 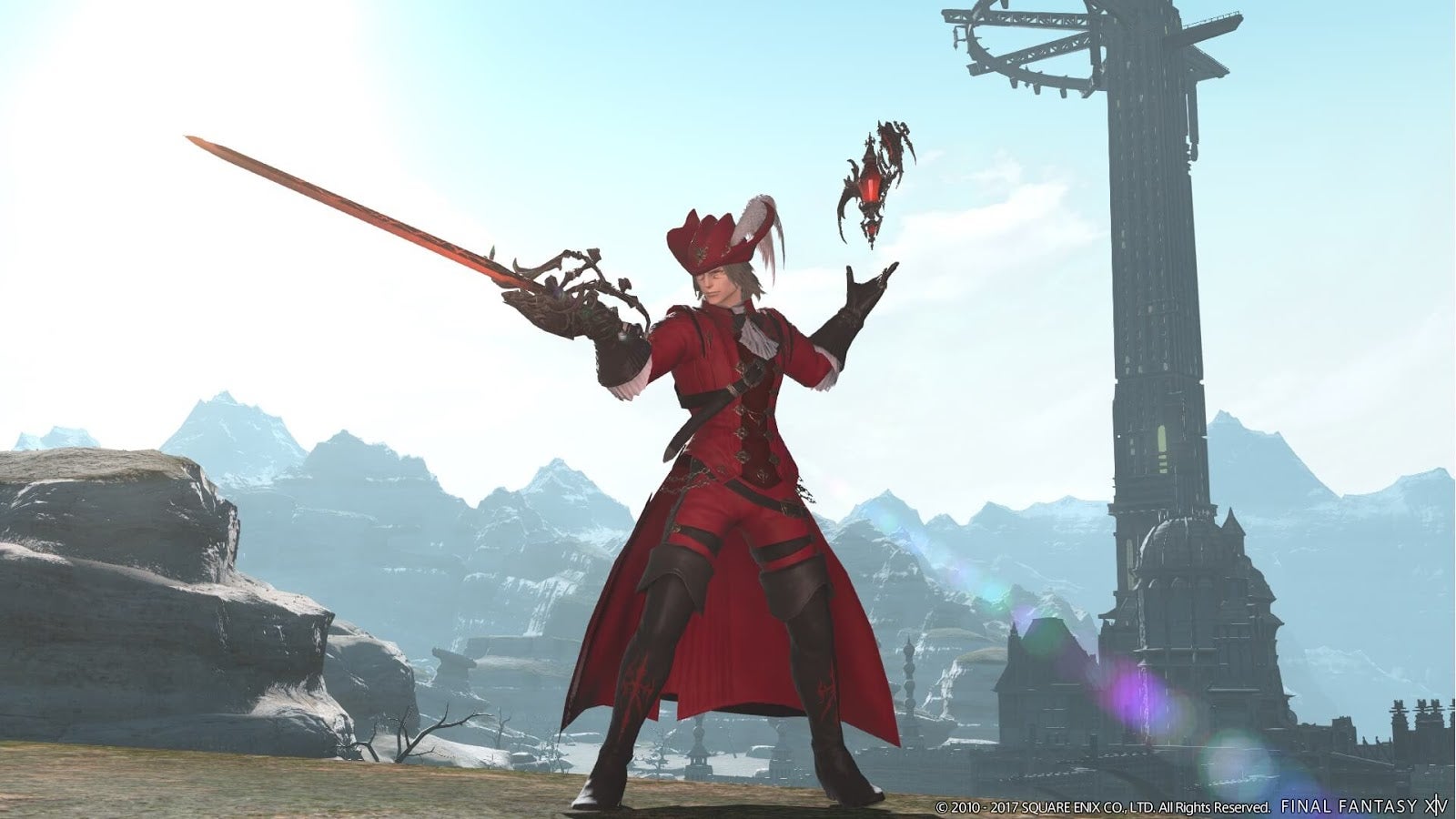 You could be the most dashing Red Mage around, but the dice don’t care.

Viewed broadly, it can seem disappointing to base your success on a literal random number generator, but that randomness has a lot of advantages. Character levels and training don’t matter. In general every player has the same relative chance of rolling a good or bad value, which keeps things fair.

With everyone on equal footing, these tournaments have the potential for some really dramatic twists and turns.

Many of the matches I’ve participated in have come down to one final dice roll. It was intense to never know how things might go. But it was also easy to root for my opponents and grin as they made comebacks.

Even though I’ve lost handily in many matches as the dice refused to cooperate, I was glad to cheer on my fellow players. Because it wasn’t a matter of who had grinded out more levels or had rare gear, there was no animosity to losing.

I’ve used dice rolls in other contexts, particular when I ran dungeon-esque adventures in MMOs such as Star Wars: The Old Republic. Watching someone roll a 100 or make a surprising failure takes things in new directions.

It’s something that any Dungeons and Dragons player can tell you, but seeing dice used in massive events such as those in Final Fantasy 14 gives me an appreciation for their egalitarian nature.

These are great events and the people running them should be extremely proud. Anyone can be a champion, and that’s part of the reason so many creative players come back week after week for their chance at glory.