The Hex Mashes Up Game Genres, Then Gets Really Weird

I’m just gonna cut to the chase: The Hex is this year’s Frog Fractions, Undertale, or—perhaps most aptly, given that it’s from the same creator—Pony Island. It’s a game that makes confetti of genre conventions and reassembles the scraps into a surprising story about how we interact with games.

To delve too far into the particulars would be to spoil many, many surprising moments. For now, here’s the setup: Six video game protagonists walk into a bar. Or well, it’s more of a spooky old inn where a bar happens to be the central feature.

But anyway, there’s a mascot platformer, a fighting game character, a JRPG sorceress, a space marine, a post-apocalyptic wanderer, and a first-person shooter hero whose face is obscured by a giant question mark. They’ve all been around the block countless times, and their relationships with games, players, and each other are thorny, to say the least.

At the start of the game, a mysterious figure telephones the inn. Somebody, they say, is planning a murder. But who? That’s what you seek to uncover as you play each character—first in the present day at the inn, and then in a series of flashbacks that take place in their particular game genre.

It’s a clever conceit, but if that was all there was to it, The Hex would only register is an “amused chortle” on the subversiveness scale. But even during the first character’s relatively straightforward romp, the jagged edges of something more sinister begin poking through.

The first character you play as is the main character of a fictional retro platformer series called Super Weasel Kid. His flashback starts on the most innocent note imaginable. You hop and bop through sun-kissed fields. Bushes and clouds smile and giggle at you. If you fall into spikes, your mentor, a kindly old shrew named Mr. Shrewd, emerges from the earth to pad your each and every footfall. Everything is grand.

Then it gets weird, but not in the way you might expect. At this point, dozens of games have taken classic platformers and turned them ugly and violent. The Hex instead opts to make everything just a little too real.

You make one leap too far, and you land on a platform that turns out to be a Steam review. Thanks to a clever use of the Steam API, it’s credited to one of the people on your IRL friends list. Then another. Then another. 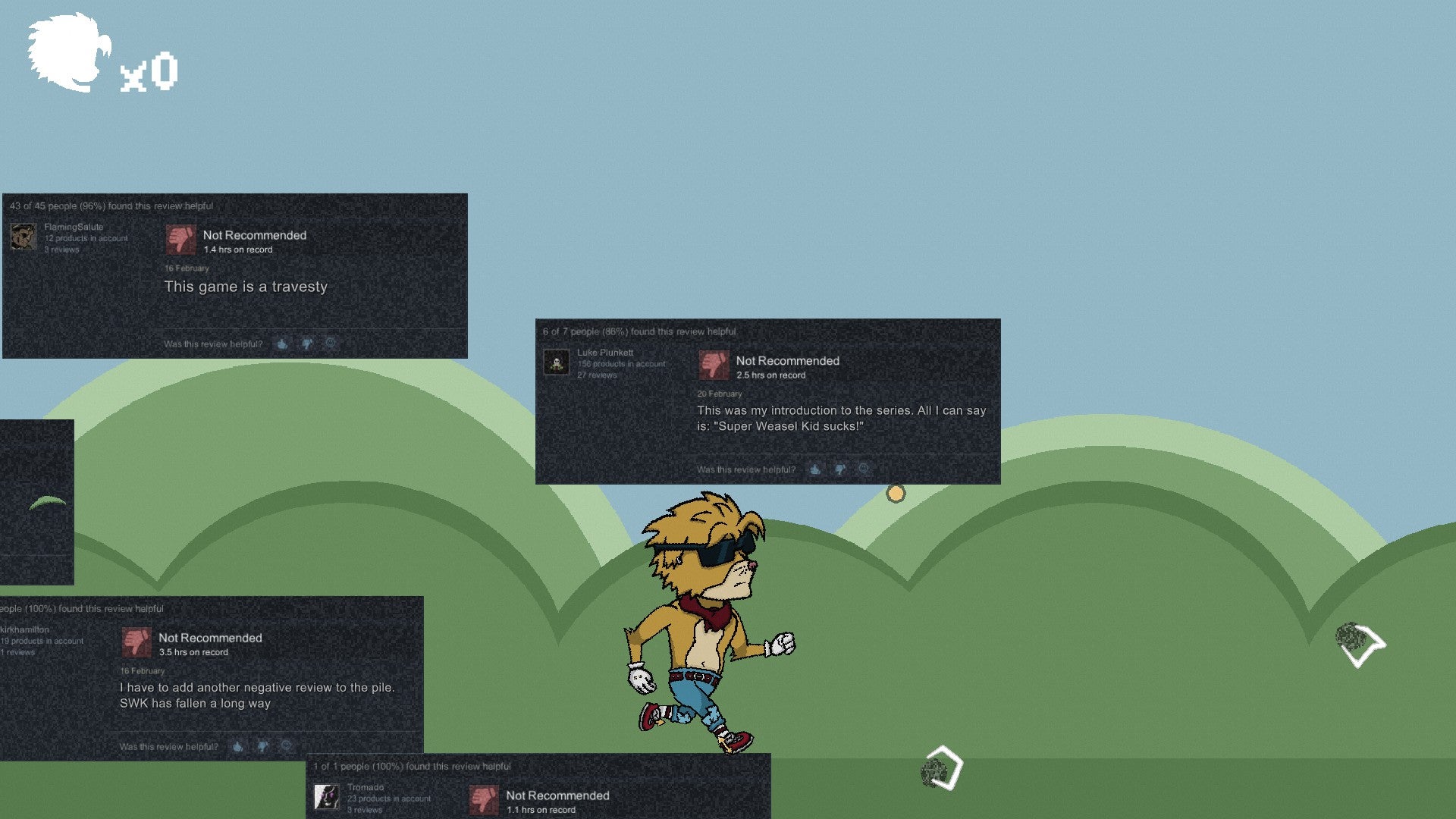 At first, these reviews are unanimously positive. Everybody adores Super Weasel Kid! But then you reach levels that represent subsequent entries in the series: first a not-quite-as-good follow-up, then an edgy reboot, and then a glitch-ridden disaster. The reviews turn vicious, angry, and hurt as platforms literally give way beneath your feet.

Your character changes. At first, he just gets impatient with Mr. Shrewd, but before he knows it, he’s failed to take care of his ageing father figure, who ultimately passes away off-screen. He’s consumed by guilt. The flashback ends not long after.

That is, frankly, the least surprising of The Hex’s increasingly unsettling vignettes, all of which ultimately tie together. But it’s never out-and-out grimdark. The game has a wicked sense of humour, though that might be an understatement. 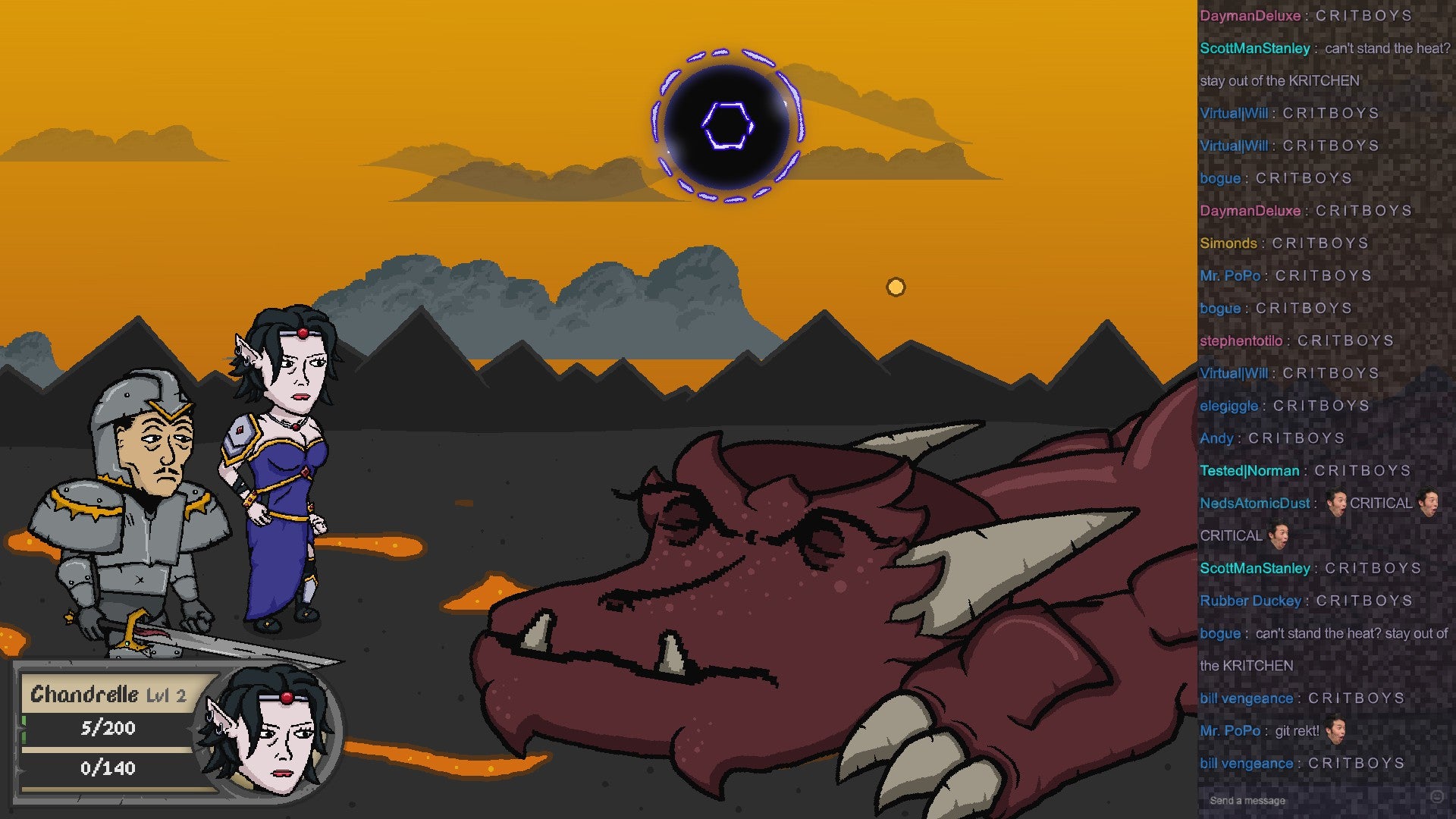 As the game progresses, it blurs the line between games and the world they inhabit more and more. Some characters’ sections are better than others, but all of them are riddled with rapid-fire gags and moments of poignancy alike. There’s so much to like that it’s easy to forget the bits that drag.

In case it’s not already apparent, I think you should play The Hex. It’s just the right mix of clever, strange, and introspective, and though I’ve yet to decide if I’m satisfied with where that introspection goes, I wholeheartedly recommend the journey.